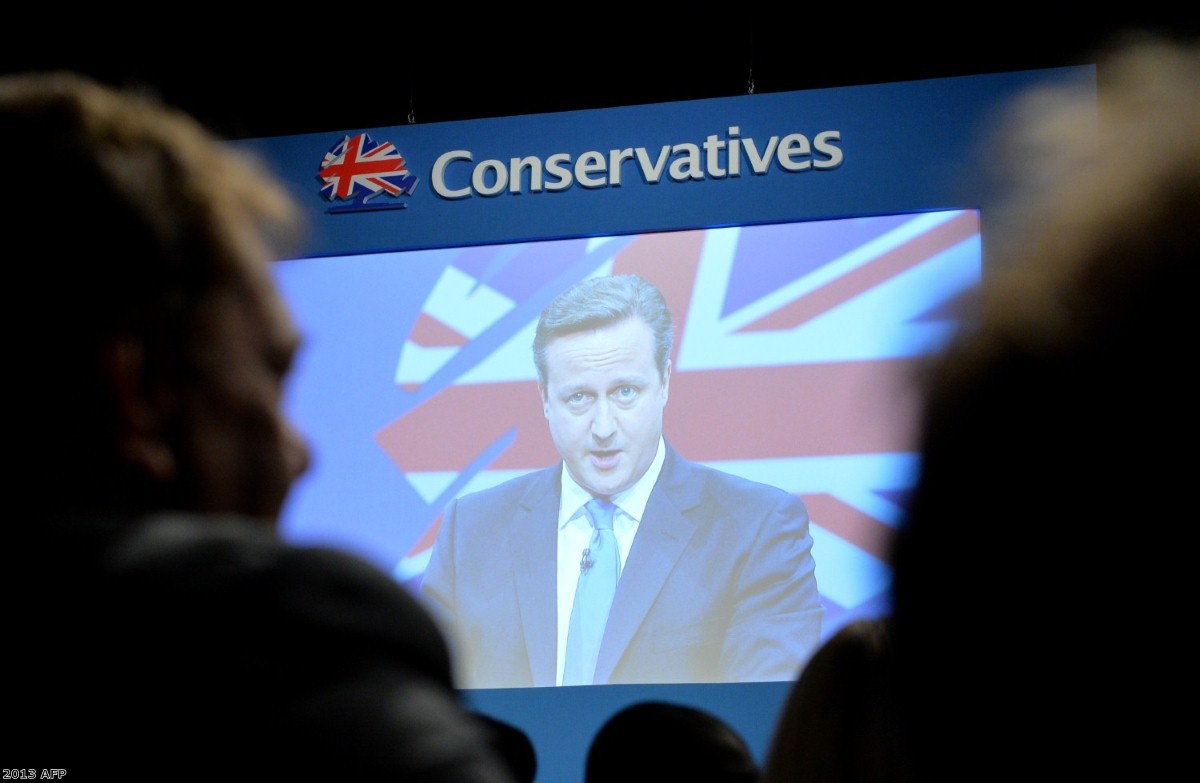 David Cameron is now the greatest threat to the Union

If current trends continue, the Conservative party are set to lose their last remaining Scottish MP.

Lord Ashcroft's latest polls suggests the party are within just one point of losing to the SNP in Dumfriesshire, Clydesdale and Tweeddale.

It would be a sad demise for a party which was once the dominant electoral force in Scotland. Yet far from trying to rebuild the ruins of his party north of the border, David Cameron instead seems intent on torching the last few broken remains.

Speaking to a group of activists yesterday, the prime minister outlined what he believes is the greatest threat facing the country.

"If you thought the worst outcome in this election is a Labour government led by Ed Miliband, think again," he told a group of Tory activists.

"You could end up with a Labour government led by Ed Miliband, propped up by Alex Salmond and the Scottish National Party.

Pausing to allow his activists to boo, he went on.

"You cannot let the people who want to break up our country into the government of our country."

In just a few words, David Cameron revealed everything you need to know about the Conservative party's attitude to the Scottish people.

Just think about those words again. These were not off-the-cuff comments. These were carefully scripted in advance of the election. These were specifically designed to inflame anti-Scottish feeling among the English for electoral gain.

His intention is made even clearer by his supporters in the press. In a double-page spread today, The Sun on Sunday describe the prospect of Scottish MPs having a role in government as a "Doomsday alliance" which would create a "McMess" in Britain. Other papers have described the prospect as "terrifying".

Much has already been said about Labour's recent demise in Scotland. Their current campaign, seeking to scare Scots into voting Labour, is cynical and likely to be ineffective. But at least Labour's scaremongering isn't directed at Scots. At least Labour aren't claiming the greatest threat to the country is the Scottish people themselves.

But at their roots, both campaigns share a common failure. A failure to recognise that what Scottish people really want are politicians who will represent their interests both at home and in Westminster. For Labour, this wish is an inconvenient hurdle to gaining power. For Cameron the prospect is the greatest political threat facing the country today.

Ed Miliband has so far resisted pressure to rule out any post-election deal with the SNP. He would be wise to keep on resisting. If Scottish voters overwhelmingly back the SNP in May then SNP MPs deserve to have their voice heard in government. Nobody expects Labour to make a formal deal with the nationalists. To do so would almost certainly damage both parties and there are red lines that neither party would be willing to cross.

But to rule out allowing Scottish MPs any voice in government, undermines any sense of belonging the Scottish people still have and puts at risk the very future of the union itself. The prime minister knows this and yet he is pushing ahead anyway, under the belief that it will scare sufficient numbers of English voters into keeping him in Downing Street.

Just a few months ago, David Cameron was pleading with Scots to keep the country together. Now he is the greatest threat the Union faces today.