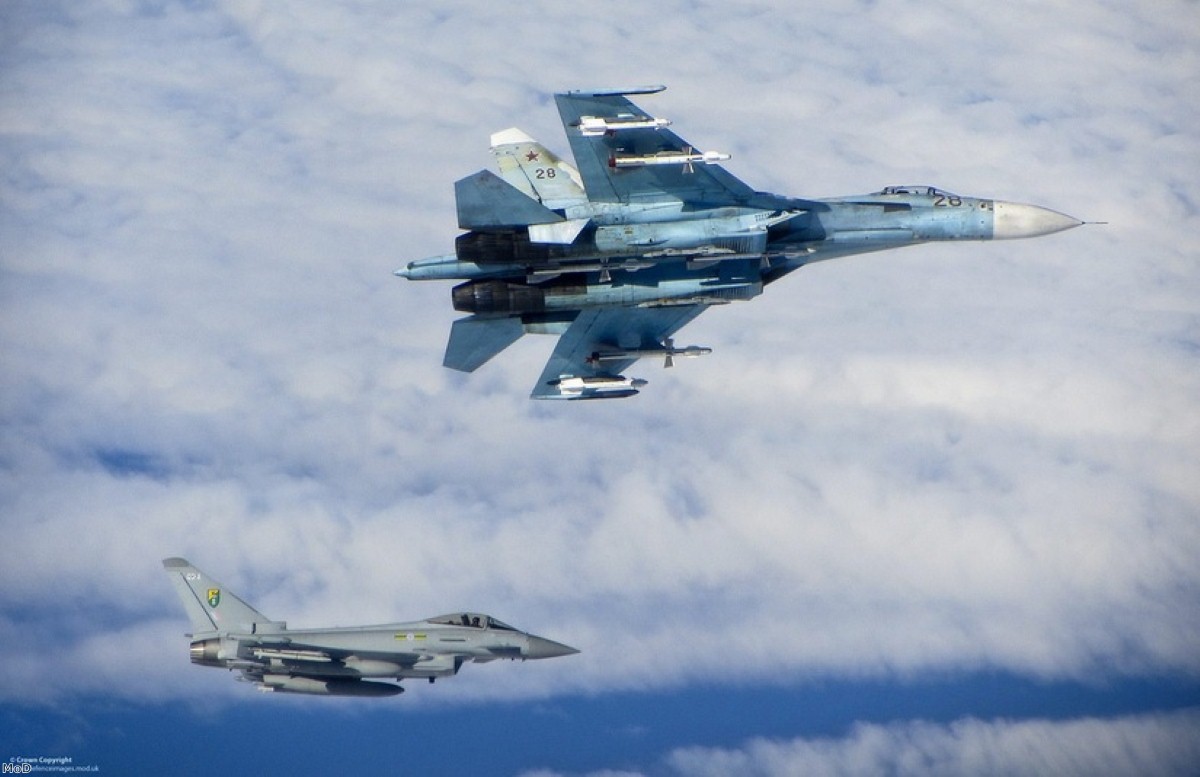 Will the Russian threat bring an end to defence austerity?

Defence secretary Michael Fallon is having serious jitters about Russian aggression against the Baltic States, but it will mean very little if the UK continues to cut its defence spending.

"I'm worried about his pressure on the Baltics, the way he [Vladimir Putin] is testing Nato," Fallon said. The Ministry of Defence confirmed RAF jets had been scrambled yet against after two Russian military aircraft were seen off the Cornish coast. This goes well beyond Cold War, Fallon suggests. "When you have jets being flown up the English Channel, when you have submarines in the North Sea, it looks to me like it's warming up."

When parliament returns next week for its final few weeks, MPs are going to be looking for answers. They'll want to know why Vladimir Putin is so intent on probing Nato's defences. For some Conservative backbenchers who've been complaining about cuts in military spending for some time, the answer is obvious.

"The defence secretary is absolutely right to be concerned about Russian intentions towards the Baltic States," Tory MP John Baron says. "But what is it going to take for the UK to realise it needs to spend much more on defence? Actions speak louder than words – strong defence sends its own message."

The concept of deterrence is a straightforward one, really. If the other guy is holding a really big stick, you probably won't decide to attack him. If both guys are holding big sticks they probably won't attack each other. It's a rather brutish analogy. But then the realpolitik of war and aggression – as Ukraine has learned to its cost – is a rather brutish business.

During the Cold War the concept of mutually assured destruction was clear enough. Despite a few tense moments, the standoff never turned hot. In the era after the fall of the Berlin Wall, Russia's place in the world has never been quite so clear-cut.

Nato, aware of the 'peace dividend' from reduced defence spending, tried hard to keep Russia happy. It attempted to engage with the Kremlin but Russia didn't like it much. A further deepening of ties was resisted. Still, Nato held back and hesitated garrisoning troops in eastern Europe for 20 years. That would be a hostile move, and Nato didn't want to seem hostile.

Yet Nato was being hostile – very hostile to Russia – by pushing its borders east in a diplomatic, rather than a military, offensive. In 1999, Poland, Hungary and the Czech Republic joined the alliance, followed five years later by the Baltic States, Romania, Slovakia and Bulgaria.

Conservative MP Colonel Bob Stewart, who was the chief of policy at Supreme Headquarters Allied Powers Europe two decades ago, argued at the time that Nato's eastward push "would be like sticking a finger in the eye of the Russians" and that doing so risked "irritating the hell" out of them.

He was overruled. When Russia moved against South Ossetia in the August 2008 conflict with Georgia, Nato didn't do much. It took Putin's blatant expansionism against first the Crimea and then eastern Ukraine to finally goad Nato into action. A rapid reaction force, agreed on in principle last autumn, is now being made ready and will be based near Nato's borders with Russia. Britain will contribute 1,000 troops.

"Yes, the Russians will protest like hell," Stewart says. "But let's face it, we don't like what the Russians have done. So tough shit."

Mutual deterrence works fine as long as it is effective. But by testing Nato's defences, Putin is signalling that he is not completely convinced the West is capable of standing up for itself. That stick has been whittled away, first by the 'peace dividend' and then by austerity.

Last September came a grim report from the Royal United Services Institute (Rusi) – that Britain was on course to miss its commitment to spend two per cent of GDP in 2015/16. The UK is currently one of just four Nato countries that is prepared to meet this basic requirement. From this April, Rusi suggests, it will have dropped out of that club altogether.

What could have caused this? Deficit reduction, of course. "In the approach to a general election, it is perhaps understandable that political leaders do not want to explicitly address the implications of their commitment to wider austerity for the defence budget," Professor Malcolm Chalmers of Rusi wrote. "But even the possibility of such cuts, given the complex and interrelated nature of defence capabilities, means that serious technical study of options needs to take place well before the next strategic defence and security review formally starts in May 2015."

Such pre-planning, if it is happening at all, is only taking place behind closed doors, Labour fears. It has been trying to get hold of a list of 60 questions now being drawn up for ministers in the post-election Ministry of Defence to consider. The debate has not yet started about where to cut and what to prioritise. It is as if the whole issue is being submerged before the general election – perhaps because none of the parties want to talk about something so worrying.

"I think we need to continue to meet the two per cent commitment," George Osborne said last autumn. But Britain will only decide whether it can really afford to do so after the election, when the voters no longer have any say.