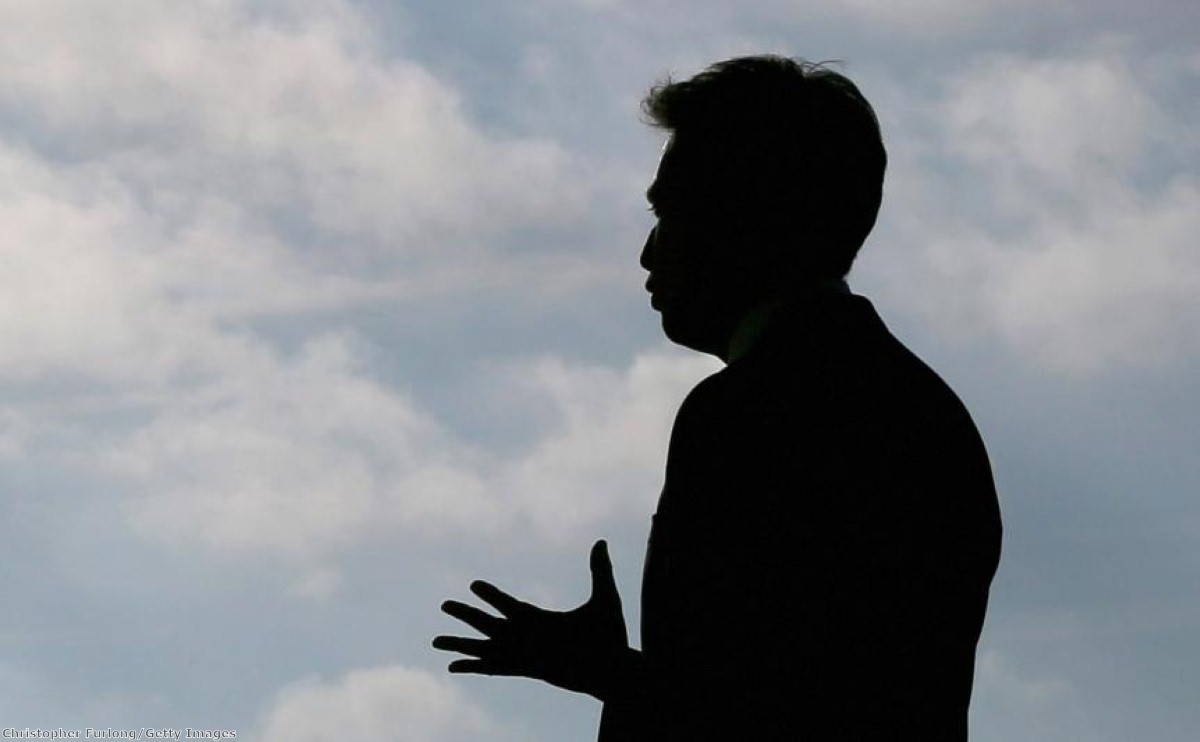 Who’d want to be Ed Miliband? Why Labour has to fight on three fronts

Labour does not look like a party that, as Douglas Alexander claimed yesterday, is "going on to victory". Even if Ed Miliband becomes prime minister, the left looks weak.

In 2015 Labour will be outspent by the Conservatives in the south, harried by the SNP and Ukip in its northern and Scottish heartlands and hampered by the ongoing disappointment that is its leader.

But, rattled by another set of hostile newspaper headlines, Labour's general election campaign coordinator had no choice but to predict a triumph.

Alexander has to say this. Everyone in the Labour and Conservative parties has to say this. They must publicly pretend British politics remains a two-horse race, while preparing in secret for hung parliament negotiations.

It was Labour's arrogance which made a deal with the Lib Dems impossible in 2010. The same could be about to happen again.

Talking to the right

In the early days of the campaign neither Labour nor the Tories have shown much interest in fighting anyone other than each other.

The Conservatives are pushing hard to ram their long-term economic plan into voters' heads. Labour, with disappointing initial results, is going strongly on the NHS. It has led to complaints about Ed Miliband staying in his 'comfort zone', but the logic is understandable: faced with a level of uncertainty about the outcome not seen since the early 1980s, both parties are focusing on their core votes.

Emerging from all this as the largest party, albeit one without an overall majority, might well be the "victory" Alexander has in mind.

Achieving even that modest goal, though, requires Labour to do better in tackling the 'extra' challenges posed by the 2015 election better than the Conservatives.

Top of the list in England is Ukip, which Nigel Farage insists poses a serious challenge to Labour in the north. "We've learned a lot since the European elections," one shadow Cabinet minister says. "It's all about listening."

Slowly but painfully, it's claimed, Labour is addressing the Ukip threat and blunting its concerns about immigration head-on.

This was the part of the country where, in 2010, the words "points-based-system" went down so badly on the doorstep that Labour failed to win seats like Colne Valley, now held by the Conservative incumbent Jason McCartney.

The solution is to let them talk at you, especially in a large group, and they'll soon realise their views are not that extreme after all. Present them with three options: open-door immigration, closed-door immigration or something in the middle – and the vast majority will end up plumping for the only realistic choice.

The debate then becomes about how to strike the right balance. And once they're being pragmatic, you've already won them over.

It begs the question: why was this revolutionary new approach to dealing with the Ukip threat not dealt with before 2014, when Labour became the first main opposition party in decades not to win?

Because, it is conceded, Labour activists hadn't quite realised the extent of the talking needed. The party hadn't quite worked out how to deal with Ukip, but now it has.

Is that really convincing? The outcome of this contest could rest upon the answer.

Holding back the nats

Or – for this is a campaign where more than one of the contests taking place are critical – perhaps the outcome instead rests north of the border.

The party may have saved the union by masterminding last year's referendum operation, but it has failed to stop a surge in nationalistic spirit that looks set to sweep Labour MPs from Westminster. Fresh polling from Lord Ashcroft is due out later this week. It will probably confirm what we already know: Labour is in for a drubbing.

Just how bad that drubbing is, though, is yet to be determined. Gordon Brown's New Labour won 41 seats in Scotland in 2010, with the Lib Dems on 11, the SNP on six and the Conservatives on one. The Lib Dems are facing wipeout at the hands of the nationalists, so the only real fight in town is with Labour. Can Miliband hold places like Glasgow, which shocked Labour by voting 'yes' in September last year?

Lord Ashcroft's NHS poll is an interesting read with SNP at the top http://t.co/YOhlHXsyav pic.twitter.com/h0YXXz4GOD

The party's MPs aren't spending much time in Westminster these days. When they do, it's clear their morale is rather shaky. Some, even those with five-figure majorities which would ordinarily be rock-solid, seem despondent. They openly question whether their career in politics is about to be brought to a sudden halt. "You might not be seeing much more of me," one said sadly. The defeated tone was astonishing.

Others are more optimistic. They are continuing the partisan battle with the SNP, a left wing struggle for votes that is more about confronting the dissembling and divisive politics of nationalism than it is about values and principles.

Whether drooping or embattled, the low spirits of Scottish Labour MPs suggests they are being driven back. Yet if Labour can come up with enough fight to prevent a rout, Miliband could yet make it into Downing Street. Even if, ultimately, that does mean doing a deal with the SNP.

If Miliband thinks he is getting a tough press now, imagine how hard it will be for him in Downing Street.

An under-fire Miliband lacking the overall majority any prime minister needs would be at the mercy of journalists eagerly exposing the rifts of minority or coalition government. Labour's settlement, whatever it turns out to be, is unlikely to be as stable as the Conservative-Lib Dem alliance that has kept us hacks bored and frustrated for the last five years. It is a prospect even Miliband loyalists are starting to fear – and plan for.

The problem, they envisage, will be a leadership crisis approximately 18 months in. By this time the Labour-led government's initial reforms will have started faltering. The old wounds within the party will have started to fester and even open up into ugly sores, as Miliband's policies confirm the Blairites' worst fears.

This will be the time when Miliband's leadership faces its first real test of survival. What will happen when that moment arrives?

Disaster, according to some shadow ministers. Many of these career-minded politicians, determined to stick with their man as a way of rising through the ranks rapidly, have been frustrated by Miliband's disinterest in creating a powerful faction.

There is no such thing as 'Milibandites' because Ed has refused to entertain the idea. Some tried to do it for him by creating a 'One Nation' group of MPs, but the project has not gathered momentum. It leaves Miliband without staunch supporters to rally behind him when things get tough.

"Don't get me wrong, I'd die in a ditch for Miliband," one shadow minister insists. "But when the time comes, he doesn't have the hardcore support he needs."

That makes Miliband vulnerable. Even if Labour does manage to negotiate the twin challenges of Ukip and the SNP, as well as managing the small matter of beating the Conservatives, many of his shadow team still views him as a weak prospect beyond 2015.

All parties unite when general elections come along – doing otherwise is a recipe for disaster. Wobbles about Miliband's leadership have faded for now, but the respite may only be brief. And, as some are already starting to indicate, even the "victory" Alexander hopes for on May 7th may not be enough.