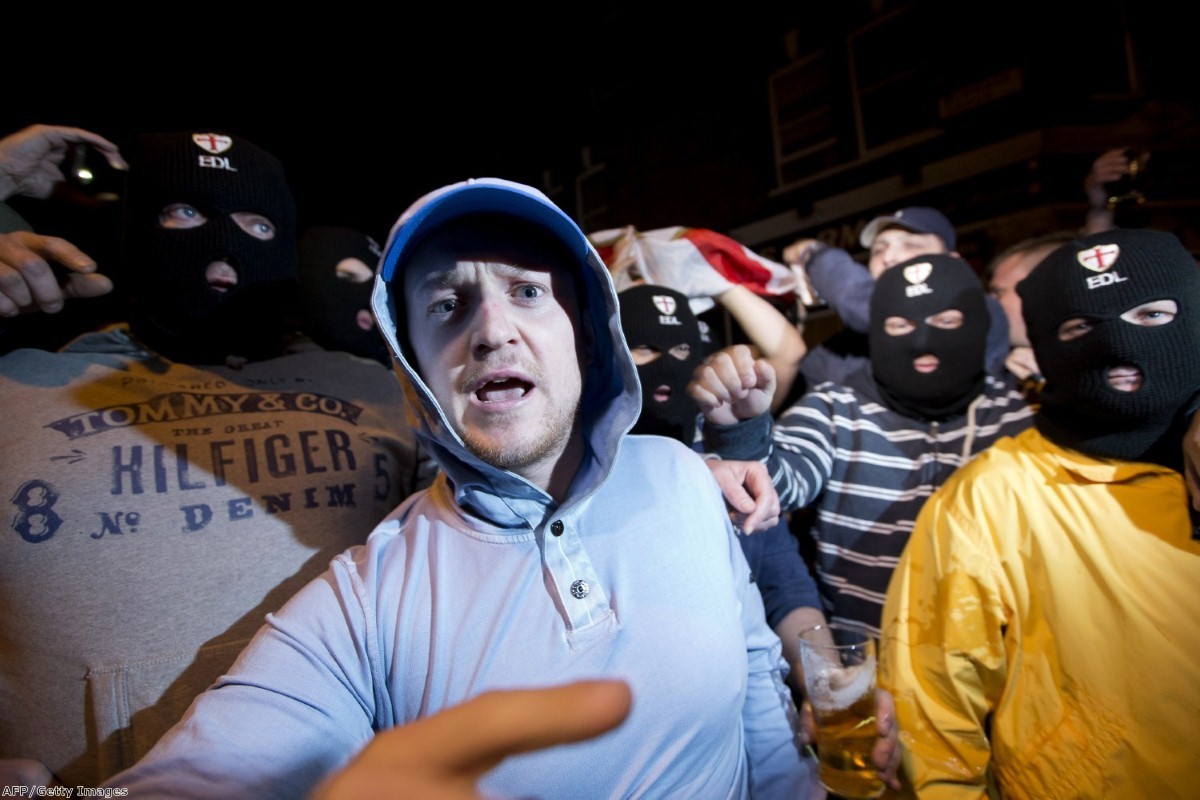 Comment: Stop laughing at the hard right and start challenging their politics

Over the last couple of years, it has become almost de rigueur in some circles to mock the idiocies of the new right, from Ukip to Britain First. This not only obscures the seriousness of the growing threat to democratic values but feeds it, confirming to ordinary people that politics is essentially elitist – and alienating those whose hearts we most need to be winning back.

If you wish to understand where we are politically right now you could do worse than take in a musical. Catch up, if you can, on Cabaret, which in between a belting score and a poignant story of ambition, love and loss, documents the inexorable rise of Nazism in 1931 Germany.

Centred on the KitKat Club – the cabaret of the title – it begins with a soft focus pan across the German bourgeoisie. Not a Nazi in sight – early on, the sole party member who dares disturb the clientele's smug complacency is unceremoniously ejected. Fun is made of these upstarts.

Yet all is not right. The club manager pays swiftly for his effrontery and is ambushed and beaten up outside. The 'divine decadence' promised on-stage is gradually overwhelmed by a gathering darkness in the world beyond until, at the very end, little more than a year later, the camera pans out again, across an audience whose every other member appears to be sporting a Nazi armband.

Was there a single turning point? Perhaps that moment when the butt of a cruel onstage joke is a bride, whose Jewishness, we learn, is more an impediment to marriage than the fact she is an ape? Or when the people as a whole join in with the chilling, ironic anthem to German nationalism, Tomorrow Belongs To Me?

Or is there no sharp divide, no before and after? Just a slow slide into extremist oblivion, orchestrated by evil people who knew precisely what they were about, while those with the power to stop them hadn't a clue?

That has to be the worry today. This is not Germany 1931. We haven't just lost a war, haven't undergone mega-inflation and major financial dislocation. Except much is relative. We are in the process of re-adjusting, of learning that Britain is no longer quite the world power it once was; retreating in some ignominy before the combined onslaught of al-Qaida and Isis.

Economically, large swathes of the population have seen a fall in their living standards greater than anything we saw during the Great Depression.

Then there is the establishment: the untrusted and the untrustworthy. Whether we are talking parliamentary expenses, or journalistic phone-tapping or the latest botched attempts to investigate historic child abuse, those with power seem to believe that two strategies will eternally protect them from the wrath of the majority.  First, do nothing, occasionally while pretending to be doing something. When that fails, deny, obfuscate, wriggle. Because as far as the establishment is concerned, if you aren't caught out by some smart aleck media inquisitor, then it doesn't count.

Take Harriet Harman, who was asked, following Labour’s recent near-disaster in the Heywood and Middleton by-election, if there were lessons to be learned. Not at all, she opined, before proceeding to lecture Andrew Marr on what a great result it had been.

It is not just the emperor, or in this case, the empress, who has no clothes. It is their family and friends and advisers and pretty much the entire imperial civil service too that is stark staring naked in the spotlight of public opinion

Compare and contrast the faux forthrightness of the new demagogues such as Nigel Farage of Ukip and Paul Goulding of Britain First, whose stock in trade is to 'tell it like it is', even if their version of the truth zigzags from here to there and back again on an almost daily basis. Forget consistency, that hobgoblin of the small-minded – this is the big picture and it connects.

It helps, of course, that the new right have found those issues – sweet spots – where the public feel particularly ignored and lied to. It is revolting that Farage should exploit a deep-set xenophobia when he makes an issue of 'foreigners' speaking another language on public transport.

What larks to turn this back on Nigel, highlighting the fact that he himself has Belgian roots, or his wife is German! Except when you listen to the phone-ins or read the comments, he realise he is connecting with an awful, silent atavistic majority in a way our traditional politicians simply don't.

It's fun to laugh at nonsense like homosexual hurricanes, as many on the progressive left do. Yet this, too, misses the point and deepens the divide between progressive sentiment and the electorate.

We have made much progress, superficially, over the last few decades, from growing rights for women, to LGBT tolerance. In legislative terms, parliament has passed much that is to celebrate. But these may yet be castles built on sand. Change, such as we have now, needs a generation to bed in. Quickly built, it could be as quickly rolled back.

There remain intense resentments towards minorities, whether gay, immigrant or simply uppity women. So much of politics in the UK has been won top-down, capturing temporary majorities in the legislature rather winning over the electorate. This is why columnists like Richard Littlejohn and the Daily Mail – even Jeremy Clarkson – have such populist appeal: like them or loathe them, they speak to the people.

Mock Farage if you will, but understand that however many brownie points you score in the process, you are alienating those you need to win to your side. For the political reality now, as rarely before, is not about winning, but winning over.

If we cannot win back the hearts and minds of the parts of the electorate dabbling with the hard right in one form or another, then we may lose much. The hook drawing people in to support Ukip, Britain First, the EDL and the rest may be immigration. The endgame is something very different.

Like the German bourgeoisie, we are too caught in applauding our own cleverness. We forget, at our peril, that the cabaret is neutral – and that those who rely on humour to make their case could easily find the joke turned back against them.

We must engage politically with a generation of voters which is gradually slipping away from us. It may be too late for those who have made their careers growing up in the platitudes of parliamentary politics. For the rest of us, a change of approach is not just necessary, it is essential. Otherwise, a generation of progress will be erased in an instant.