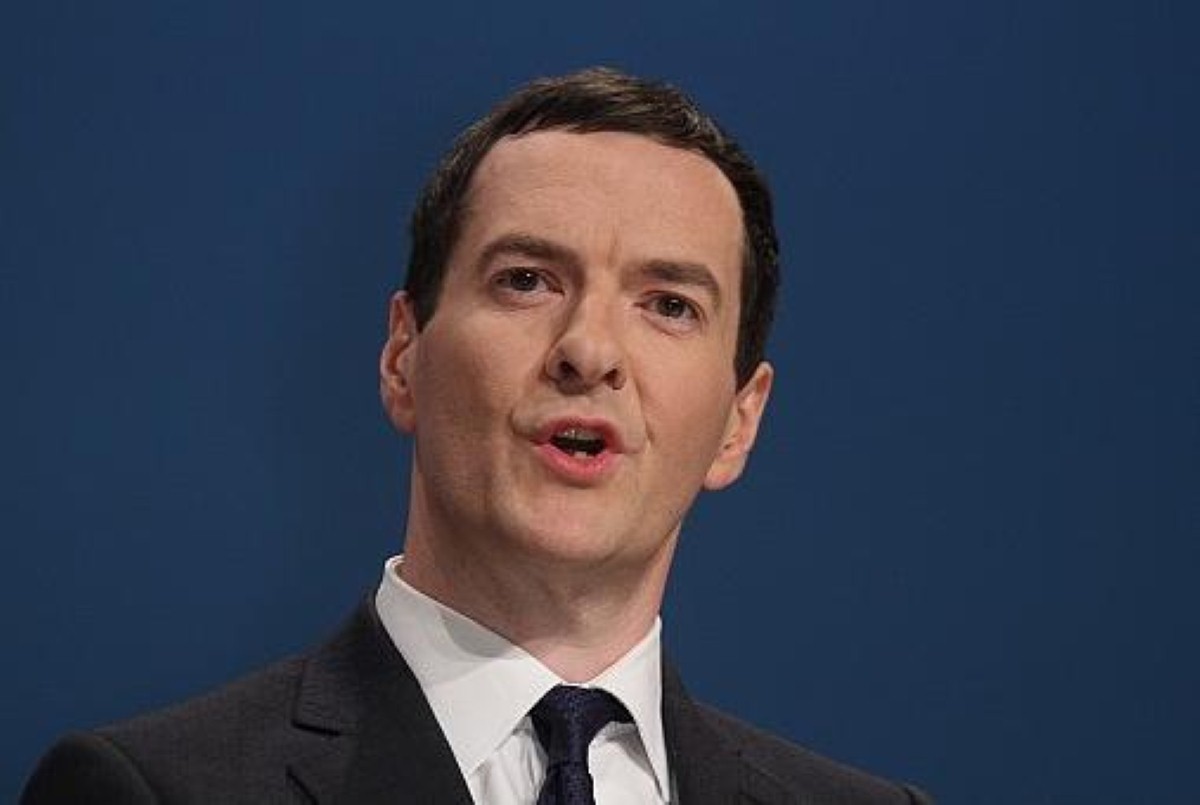 Pain, poverty and the cold, hard sound of Tory applause

The applause was as hard-edged as George Osborne's smile. Even after all these years, he still hasn't learned how to look convincingly happy. And the Conservatives like him all the more for it.

Looking cheerful, the meanest-minded Tories would have to admit, is not really in the job description. It has been this chancellor's task to preside over one of the most dramatic retrenchments of public services in the British state's history. Grimacing, not grinning, has been Osborne's expression of choice.

Today was a masterclass in looking immovable. His technique of delivering his speech from behind a lectern, solid and reliable, is all part of this. So too was the unusually unsubtle autocue at the back of the hall, which David Cameron's No 10 spin doctors took to staring at anxiously rather than focusing on their colleague in No 11. Osborne couldn't have come across more differently from the touchy-feely, forgetting-his-lines Ed Miliband. Which, of course, is exactly as he wanted.

"Britain, we did this together," Osborne declared firmly near the start. The chancellor has built his career around the unflinching stare. He is as adept at the stony-faced gaze as any other Tory in government – perhaps the exception of the granite-jawed Philip Hammond, who watched much of the speech glaring at his Cabinet colleague with all the passive aggressive intent of a Boris Johnson leadership bid.

Osborne improved his chances in the leadership stakes with this speech, it was observed afterwards by those in the audience in Birmingham's ICC Symphony Hall, by demonstrating that he has completed a tricky task over the last five years.

His narrative is nearly complete and so, we must hope, is this tediously familiar speech structure he has deployed over the years. At the expense of writing identical articles year after year, here's a shortcut version breaking down its now utterly predictable steps:

Whether Budget, or autumn statement, or this annual gig, Osborne always begins with a bold statement of success. Today's was this:

"Britain is the fastest growing, most job-creating, most deficit-reducing of any major advanced economy on Earth."

Two years ago, the chancellor reminded us, he had given a virtually identical speech. Back then, he was being criticised. "We held our nerve," he said, as if this was the dark time before the pain and suffering ended. Now, everything was alright again. "Our long-term economic plan is working," he declared – another buzzword which the chancellor hopes will be drummed into voters' brains by the general election next year.

This is a clever opening gambit. It makes everything appear alright, even if it is not. The limited progress on tackling the deficit, the suppressed wages of millions of workers, the fact that the pain of existing spending cuts is set to bite in 2016: all these are a million miles away from finding their way into this script.

Osborne has seen that criticism coming. So he then positions himself as a balanced, sensible kind of guy who's fully aware that the hubristic 'mission accomplished' mood is, er, just a little bit premature.

"I don't stand here marvelling at how much we had done; on the contrary I'm humbled by how much more we need to do."

This is how Osborne introduces his back-pedalling section, the pivot presaging the gloom and desperation which the final section of his speech will trigger. He conjures up the stormclouds with pre-planned determination, at a time in the electoral cycle when most frontline politicians start reaching for their broad-sunlit-uplands metaphors.

It's a tried-and-tested approach, first deployed when the recovery's first glimmerings appeared this time last year. The chancellor kicked off the 2013/14 political season with a note of cautious victory and has been sounding it ever since.

3 – Outline the calamities in store for the British people

Then comes the final section – this one much longer than the two before. Mostly the reason for this imbalance is because there is so much bad news to impart.

Bad news, that is, if you are an ordinary working-age person who doesn't rely on the state for handouts. The welfare bill is going to fall, and Osborne has chosen to do this by freezing benefit payouts to those of working age for two years.

Doing so will result in more people living in poverty, but the gathered Tory faithful didn't seem to mind. They were fixed on the false dichotomy offered by Osborne of taxpayers footing the benefits bill, and the scroungers taking advantage. The logic, once applied, takes on a momentum of its own: let's cut the benefits cap, let's hit those struggling most. There was not much fervent emotion in the applause that greeted these proposals, just a hard-edged determination to make the poor pay.

It's not over, either. Osborne promised a good dose more suffering, with undisclosed further cuts totalling £25 billion promised. The pain is not yet over. Now the low-hanging fruit has been plucked, the Tories are brandishing their shotgun and prepared to start opening fire on fresh, vulnerable targets.

It wasn't all good news for the Tories gathered in Birmingham, either. Many of those present are natural nimbys, who oppose the government's plans to drill under their homes and build runways – or a rather speedy new railway – at the end of their back garden.

Osborne, perhaps taking advantage of the spirit of pre-election unity which the looming election and the Ukip threat have engendered, gently suggested his party needed to think again. "There are always 100 reasons to stick with the past, but we need to choose the future," he said. And again, later: "We must learn from the past, not be the past." It's the sort of neutral rhetoric that falls into the category of drivel any politician from any party could say. But when spoken to the Tories – whose party logo is an oak, after all – it acquires a loaded meaning.

The chancellor is like an inverted version of your average minister. Where others promise happiness, he pledges misery. There is no note of brightness here, no message of cheer. Instead Tories are offered a crushing consistency of purpose which they are instructed to sell to voters. They don't seem to mind; the consenting, approving applause suggested they are already hardened to the new politics of pre-judgement and kneejerk categorisation. The scroungers are to be punished, and the Tories like the sound of it. As they rose to applaud him, Osborne finally smiled.