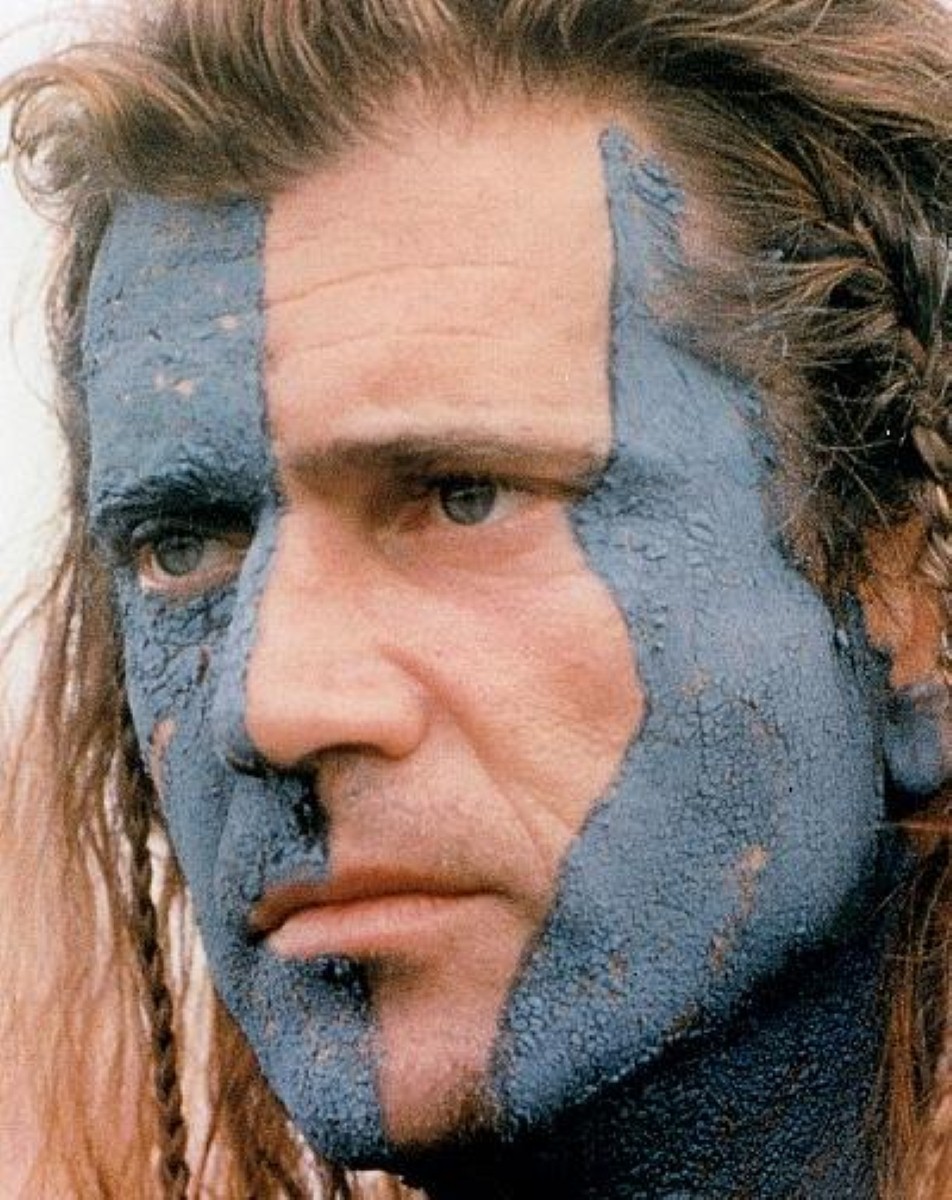 Mel Gibson's Braveheart inspired many a Scottish nationalist when it was originally released in 1995. It's a great movie which tells the tale of how woad-wearing William Wallace roused the passions of the Scottish people and defeated the villainous English, before meeting a sticky end which only roused the passions of the Scottish people some more. Great movie – if it wasn't for the fact that it's one of the most historically inaccurate films of all time.

This is a shame. For, if Gibson and co had resisted the traditional Hollywood temptation to treat the truth with a bucketload of salt, Braveheart might have been a film the nationalists in the current independence referendum could use. Instead Alex Salmond's favourite word when talking about Scotland's history is of his nation's "ancient" status – a word which will, in the minds of many Scottish people, nevertheless bring to mind Gibson's long flowing locks as he slaughters the English at the Battle of Falkirk.

Such is the emotional clout of Braveheart that it's clear one could secure independence by sitting voters down to watch the film on September 18th. They would put their cross in the 'yes' box with the same passionate fervour in which Gibson induced his Scottish peasants to slaughter the English.

In the event the SNP does decide to put on mass screenings of Braveheart in a last-ditch attempt to sway the undecideds – be warned! Here's a villainous Englishman's overview of exactly what's wrong with the film…

Gibson doesn't have to utter a word before the true extent of the film's inaccuracy is revealed. His outfit mismash is the modern-day equivalent of mixing a spacesuit and a suit of armour. But that didn't stop the Braveheart team, whose Hollywood brains decided that if this was a film about Scottish people it had to involve kilts. It didn't seem to bother them that kilts weren't actually developed for another three centuries.

And then there's the woad. If the original Wallace had actually smeared blue face paint all over himself everyone would have regarded him as just a little bit crazy. Woad was 1,000 years out of date by the time Gibson's character popped up on the scene. And you thought Downton Abbey's water bottle was bad.

Gibson's Wallace was on the side of the ordinary people. That wasn't exactly the case in the 13th century. Far from being a poor villager who couldn't afford more than three or four tubs of woad a year, he was actually a minor knight who owned land. Okay, so he was a noble by birth. But his heart was in the right place, wasn't it, putting him on the side of ordinary people? Not really. What Gibson failed to show was Wallace's use of conscription to make his peasant soldiers fight for him – and his readiness to hang those who refused to do so.

Longshanks wouldn't have liked the bedroom tax, either

Wallace's archnemesis, the English monarch Edward I, wasn't the nicest of characters. But 'Longshanks' wasn't quite the monster Braveheart paints him to be. All the records show him to be very generous, giving away lots of money as befitted a serious religious man. He was extremely keen on his wife, Eleanor of Castile (as opposed to in the film, where he lustily asserts his overlordship by having his way with newlyweds). And, we are told, he liked poetry and harp music too. Sounds like rather a sensitive little soul, doesn't he?

"We can have what we have never had before – a Scotland of our own."

Wallace, in aspiring I-have-a-dream mode, reveals his vision of a future Scotland, independent and free, to his younger brother, the confusingly-named Bruce. "We can have what we never had before – a country of our own," he says. It's exactly the sort of message the nationalists have been putting forward in 2014. And while they're not exactly pretending Scotland wasn't its own nation before the Act of Union in 1707, it's not exactly mentioned much. Wallace was utterly wrong: Scotland had been its own kingdom for ages and ages before the death of Alexander III. The English had actually only invaded the year before.

Robert the Bruce and Bannockburn: Not spontaneous, after all

After Wallace's gory demise came the Battle of Bannockburn, in which the British were surprised by Robert the Bruce and suffered a big defeat. The film portrays Robert the Bruce as triggering the battle after getting carried away with the emotion of Wallace's memory. His spur-of-the-moment decision to attack would have been easier to defend as historically correct were it not for the fact that Robert the Bruce had spent the last eight years fighting a hit-and-run, guerrilla-style campaign against the English.

Robert the Bruce: The real Braveheart

He's demonised by the film as someone who stops Braveheart pursuing Longshanks. This is unfortunate, because he wasn't at the battle. And, as it happens, he was really the 'brave heart' himself – it was his nickname, not Wallace's!

What a great film. Full of passion, drama and the most buttock-clenchingly awful errors. That didn't stop it inspiring a whole new wave of Scottish nationalism which has, ultimately, led to this independence referendum.

For any of you still doubting the frame of mind of the man responsible for Braveheart, here's his views from a 2009 interview:

"Some people said that in telling the story we messed up history. It doesn't bother me because what I'm giving you is a cinematic experience, and I think films are there first to entertain, then teach, then inspire.

"In some of the stuff I read about him, he wasn't as nice as he was on film. We romanticised it a bit, but that's the language of film – you have to make it cinematically acceptable.

"Actually, he was a monster – he always smelled of smoke because he was always burning people's villages down."

No further questions, your honour.