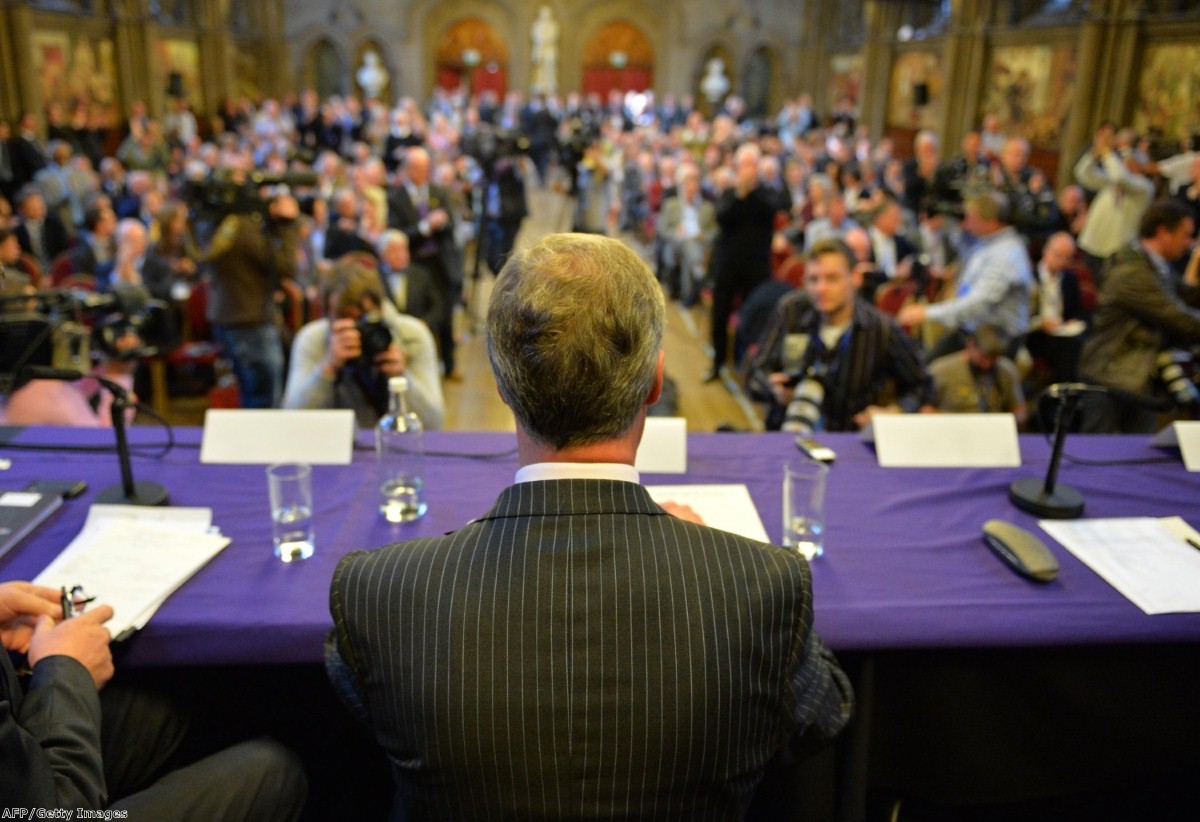 The Week In Review: Ukip if you want to…

Recent British history has not provided a master class in the art of the political poster. The last really famous effort was the 'demon eyes' Tony Blair poster, which bore more resemblance to the doodles of an incontinent child than the products of a professional PR company.

Before that, the most memorable examples were the John Major 'I'm still Jenny from the block' Brixton poster and the much-copied, oddly haunting 'Labour isn't working' effort from Saatchi & Saatchi.

But Ukip may have broken the mould. On Monday, the party unveiled its local and European campaign posters.

Two were fairly run-of-the-mill. One featured an out of work labourer in a hard hat and high-vis jacket with the strap line: "EU policy at work – British workers are hit hard by unlimited cheap labour." Of course, it turns out the man featured is actor Dave O'Rourke, who came to the UK a few years ago. Another featured a union jack on fire with the EU flag behind it, full of dire warnings about the end of British democracy.

But it was the third poster which was the game changer. It featured the strap line: "26 million people in Europe are looking for work. And whose jobs are they after?" Next to it was a large hand pointing at the reader.

It was dynamite.  Online political commentators split into two predictable camps: those who instantly started capping up their tweets in indignation and those who adopted a practiced, disinterested expression and suggested the ads were not aimed at the demographic which was so outraged by them

Since then, the debate has centred on whether the posters are genuinely racist. It is a dead end. If they were demonstrably racist they would not have been allowed. But their intention is plain. It is to divide, to speak to one, supposedly indigenous, audience and encourage it to resent and dislike any newcomers.

It may not have gone the full length of the lap, but it laid out the tarmac. It is a deterioration of political language of the sort which leads to a something much worse.

The effect was multiplied by the personalised form of the message. Its reference to your "jobs" and that towering, pointing finger had a broader cultural effect. The directness of the propaganda echoed the Soviet and fascist posters of the early 20th Century. It was simply more aggressive than the British public is used to.

The standard debate on the progressive pro-immigration left was entered into once more. The more centrist commentators urged those outraged by the posters to engage with voters' concerns rather than write them off. Generally, that is a reasonable judgement to arrive at. But in this case it reflected an inability to grasp how toxic the posters really were. For a start, not all voters think that way. Secondly, there is a line of basic responsibility which the posters plainly crossed. The people urging a more subdued response were close to becoming apologists.

Interestingly, a similar effect was seen in the centre and centre-right, with normally quite conservative commentators noticeably hardening their position on the party.

Elsewhere, the increasingly toxic political atmosphere around immigration and asylum continued to have an impact on those least able to complain about it.

A public accounts committee report into asylum housing found the contracts given to Serco and G4S to provide it had saved little money, failed to improve the service and in fact made it considerable more insecure. Pictures emerged of the living conditions of asylum seekers – conditions which they are often forced to live in for years. They did not make a pretty picture. And yet there is almost no act of incompetence so severe it will stop the government handing out contracts to Serco and G4S.

Hundreds of thousands of people threw their weight behind a campaign to stop the UK deporting gay asylum seekers. It was kicked off by a petition by Nigerian lesbian asylum seeker Aderonke Adejumoke Apata, who faces being returned to her home country despite the fact homosexuality can be punished by stoning in some areas.

That's the type of judgement which the Home Office now exercises in asylum cases. Divisive anti-immigration posters will do nothing to correct that. Nor will the complicity of those who oppose Ukip, but do not have the confidence to make the case.