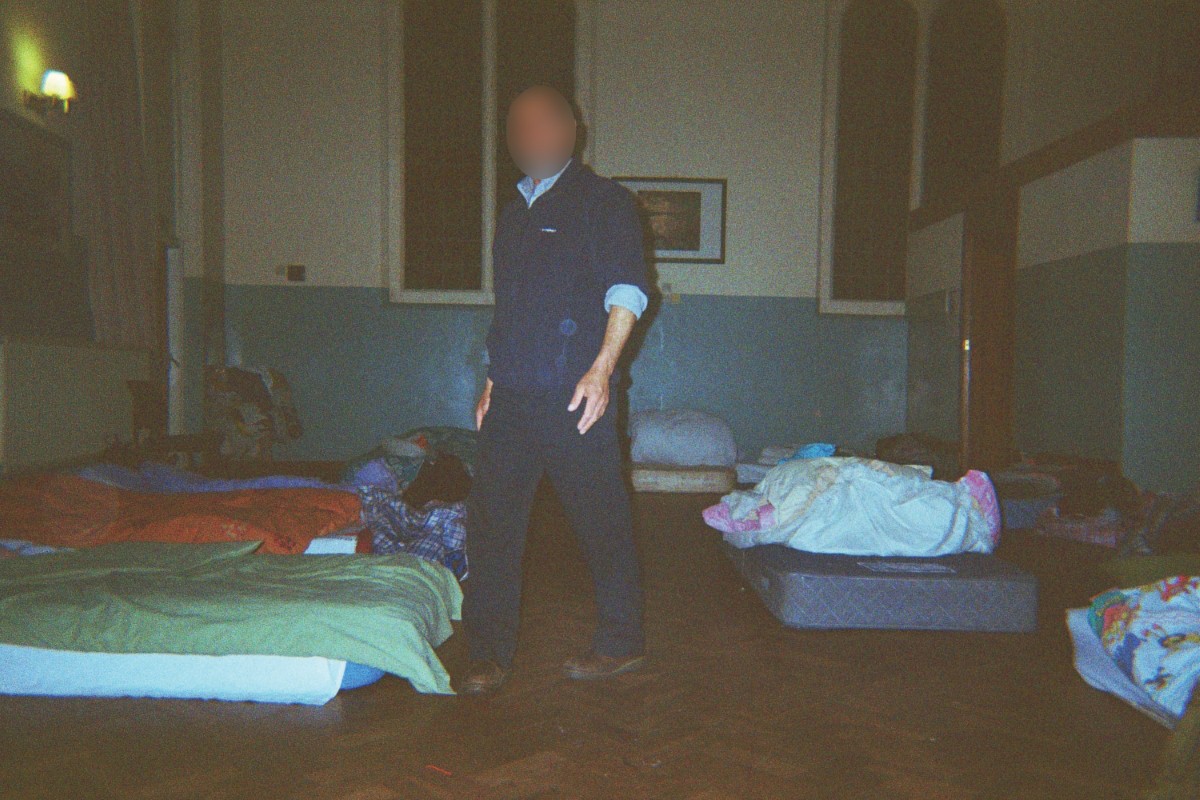 Now, a series of photos and statements from asylum seekers themselves lifts the lid on the reality of life for destitute refugees in Britain.

Names and other potentially identifying details have not been used in order to preserve anonymity as agreed with research participants.

'Henry' describes the accommodation given to him, his wife and his teenage son on arrival in the UK.

"The first thing that hit me when we entered our new accommodation was the smell. It was the pervasive stink of urine mixed with drains. It still is. The flat was extremely dirty – dust, grease, mouse droppings everywhere. I didn't want to touch anything; it was so unhygienic, it almost felt dangerous to lift a finger.

"Our new accommodation had only one bedroom, with a spare bed placed in the living room for our son. It is completely unacceptable for a teenage boy, who is getting ready for his GCSEs in September, to live like this – with no space, no room of his own, no privacy.

"Both his and our mattresses were clearly unusable. In our bedroom, a boiler still wobbles above our head, with open, connecting wires inches from our faces."

When VA arrived in the UK in 2006, she could not speak English and found the language barrier a real problem. After claiming asylum, she was sent to live in Home Office accommodation in another part of the UK away from London where others from her home country lived. She was not interviewed about her asylum claim for a year after her application, partly because of the problem of finding an interpreter who spoke her language. Her asylum claim and subsequent appeal were refused.

VA's financial support was stopped at this point and she was evicted from her accommodation with 28 days notice. VA had nowhere else to go so stayed with other asylum seekers in accommodation centres, though this meant the risk of eviction and sometimes sharing a bed. She frequently saw friends being detained for removal to their home country. She found it terrifying when the Home Office officials would enter the accommodation forcefully, making arrests, and fighting to put people in handcuffs, amidst screaming and shouting.

In 2011, VA was finally able to find a lawyer who could help her make a fresh asylum claim. She was able to submit a report from Freedom from Torture which described and evidenced the torture she had suffered. This took time to prepare as she needed many counselling sessions before she was able to disclose details of what she had experienced. Some months later, and five years after her arrival, she was granted permission to live in the UK.

"I never ever feel safe and secure where I live. I can't leave things in my room. Two bedrooms were ransacked – the police came but nothing happened.

"For one month I have lived with a broken window just covered in cardboard, with glass on the floor outside. They have not sent anyone and my bedroom is very cold. There are also cockroaches and mice.

"There are seven women and five children in a six bedroom house. My room is the smallest of all the rooms there. How can I describe it? I go to the room and I sit on the bed, there is not even room for a chair."

Images and testimonies courtesy of Freedom From Torture