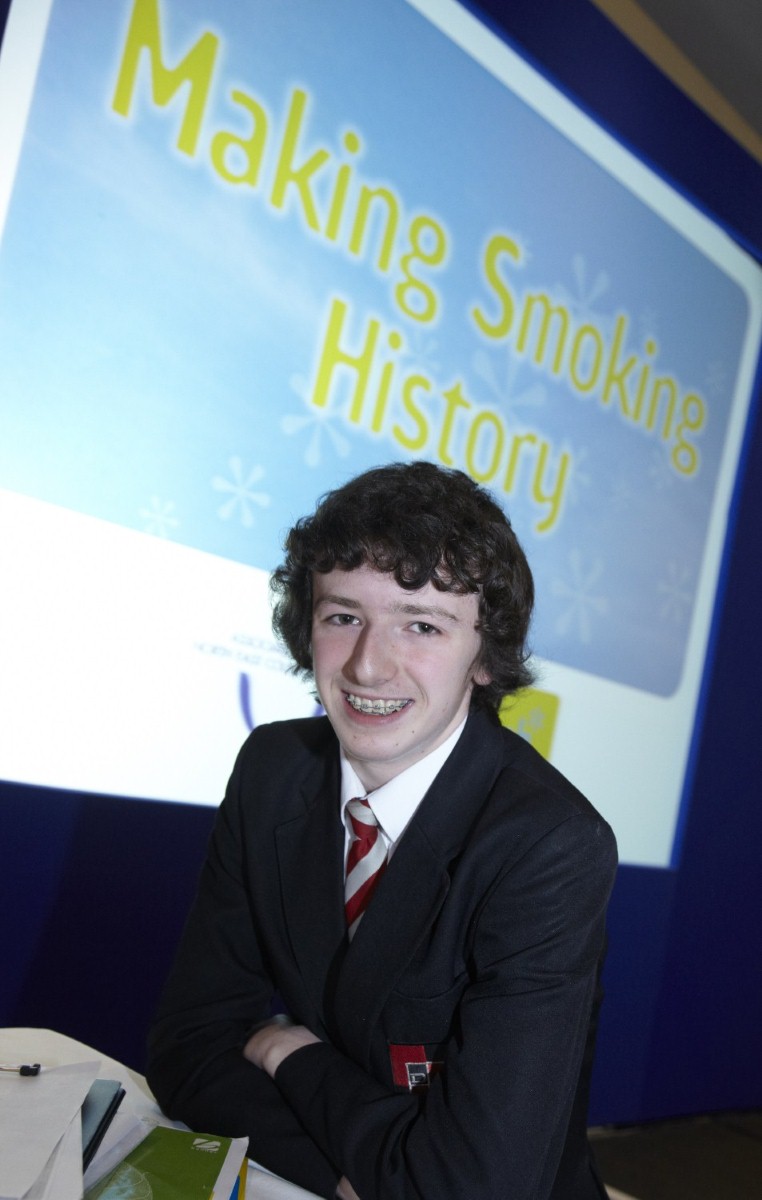 I've always been passionate about trying to protect young people from tobacco and the dangerous effect that second-hand smoke has on us.

In 2011 I was lucky enough to go with the British Lung Foundation to Downing Street and hand in a petition on smoking in cars with children. I think that was the moment that I really felt like my voice mattered and so I continue to fight for my rights and those of other children.

Over the last few years people have been rigorously informed, through advertising campaigns and petitions, about the harm of smoke. But smoking is an addiction – that is a fact.

My father smoked since he was a teenager and stopped only last year. Thankfully, he never smoked when I was in the car with him but not everyone is as considerate.

Young people dislike the taste and smell of cigarette fumes. Friends who've been in cars full of smoke complain it makes them feel sick, often giving them a headache and they can taste and smell smoke on themselves for the rest of the day.

Cigarette smoke is also full of poisons like arsenic and there around 300,000 GP visits from children every year because of passive smoke. It can give children asthma attacks, ear infections and even cot death. You often see smokers opening their window to try to protect passengers, but much of the toxic smoke gets blown back into the car.

Despite many attempts to educate smokers of the dangers around 430,000 children are still exposed every week. That’s a shocking amount and many children are too scared to say anything, let alone complain. It is clear that education alone isn't enough.

A Mumsnet survey revealed that 83% of smokers supported the ban. So parents who smoke do care about their children's health, but maybe some lack the willpower to resist a quick fag in the car. Making it fineable to smoke in a car with a child would make sure fewer adults will light up, in the same way that more people wear their seatbelts now it's law.

Some might argue that it's not for the government to dictate what people do in private places but what about the hundreds of thousands of children's lives that are affected? Others might argue that a ban would be too hard to enforce or is illiberal. While it's true some people might ignore it, I believe most would abide with the new law and is it not more illiberal to deprive children of clean, poison-free air when they are in a car?

Something must be done and today MPs will have a chance to help put an end to children being subjected to harmful second-hand smoke in a car. I'm delighted that David Cameron has allowed a free vote in the House of Commons and I hope they will come out in force to protect us.

Liam Pape is a 15-year-old student at Darlington School of Mathematics and Science and was on the editorial team of their 'Branksome Bugle', who in March 2011 handed in a petition on smoking in cars at 10 Downing Street with the British Lung Foundation.