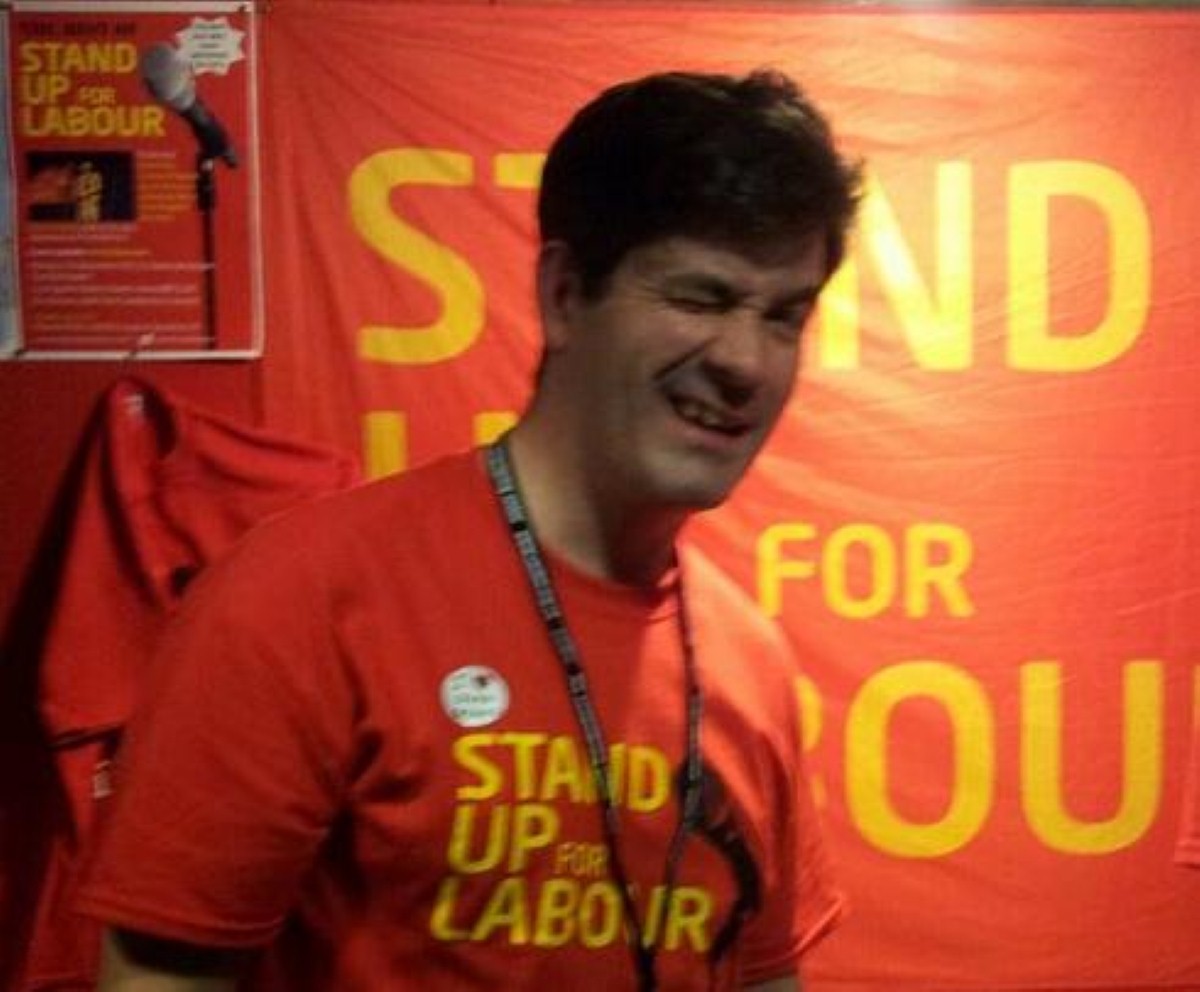 Review: Denis Healey sings at Stand Up For Labour

He occupies a place in Labour legend. He spoke at the 1945 Labour conference. In 2013 Denis Healey made his conference return – singing lewd songs at a stand-up event somewhere in a backstreet in Brighton.

This was about as surreal as it gets. The former chancellor, a man who 40 years ago was at the centre of British politics, is now 96 years old. Yet here he was, informing us with quiet contentment that "your baby's gone down the plughole" and how "she was addicted to the demon rum, she smoked hashish and – oh by gum". The audience were agape. They were seeing the equivalent of Gordon Brown rapping Li'l Wayne at the 2047 Labour party conference. Truly extraordinary.

He has long ago moved on from the political battles of yesteryear. Now he is universally loved and admired, for the past is the past. Politics, somehow, has been left behind. And what remains is a very deep affection.

It was exactly what the audience were looking for. After a hard day of listening to Ed Balls and co, Labour delegates bruised by the Damian McBride affair and life out of power were after a bit of light relief at the Old Market Theatre. Healey was headlining an evening of stand-up lefty comedy. And while they disproved the old adage that politics can't be funny, Healey was the standout.

His contribution was limited to a performance of three short songs: the first, read with the lilt of a natural performer, the final two in a not-half-bad-for-96 tenor. He took an age shuffling on to the stage and for a moment it looked as if getting up the two steps to his seat and microphone might be a bit much. Not for old Denis, who once settled set about his purpose with a firm aplomb. "Ah yes," he kept remarking, having lost his thread. The audience waited patiently while he found it again. "Here we are."

Healey is a long way removed from Ed Miliband, or even New Labour. He belongs to a generation when politics was about class warfare, an acute struggle for the future of the country. Margaret Thatcher, who came after Healey in Britain's political story, may have passed away but Healey is still with us.

Comedy and politics do not usually mix. And Healey was about as hard an act to follow as it gets. But, somehow, incredibly, those still to perform were able to get the audience laughing.

Comedy for a political audience is a tough gig – especially a partisan one. Winding up Gordon Brown is one thing; jokes about David Cameron's "pissing in a corner" dad are another. Grainne  Maguire was very funny but she probably didn't realise most in the room would have read the story about Cameron's disabled father's death.

Astonishingly, though, this was a success. Apart from anything else it was refreshing to sit through a standup routine series where so few jokes were about sex. The humour went through all grades of subtlety, though – from calling Boris Johnson a "f***wit" to much more sophisticated gags about why Ed Miliband would make a terrible boyfriend.
You might expect a joke about a cerebral palsy runner being given just ten seconds to run 100m by Boris to be a bit much for an audience obviously committed to political correctness. But they laughed nonetheless. Deaf comic Steve Day lamented: "It was the longest eight minutes of my life."

The event was organised by Crispin, a nice man whose stand in the conference hall happened to be next to politics.co.uk's. He had been doing stand-up for a while and only got involved with Labour after the 2010 general election. The format is doing well. There have been events across the country, from Edinburgh to Ipswich – and are proving a decent alternative means of fundraising for a party which, right now, could do with all the cash it can get.

This was about 1,700% more enjoyable than the usual boring receptions which dominate party conference nightlife. I can think of no greater plaudit than to say there has to be an equivalent in Manchester next week. But Stand Up For The Tories doesn't quite trip off the tongue as well, does it?