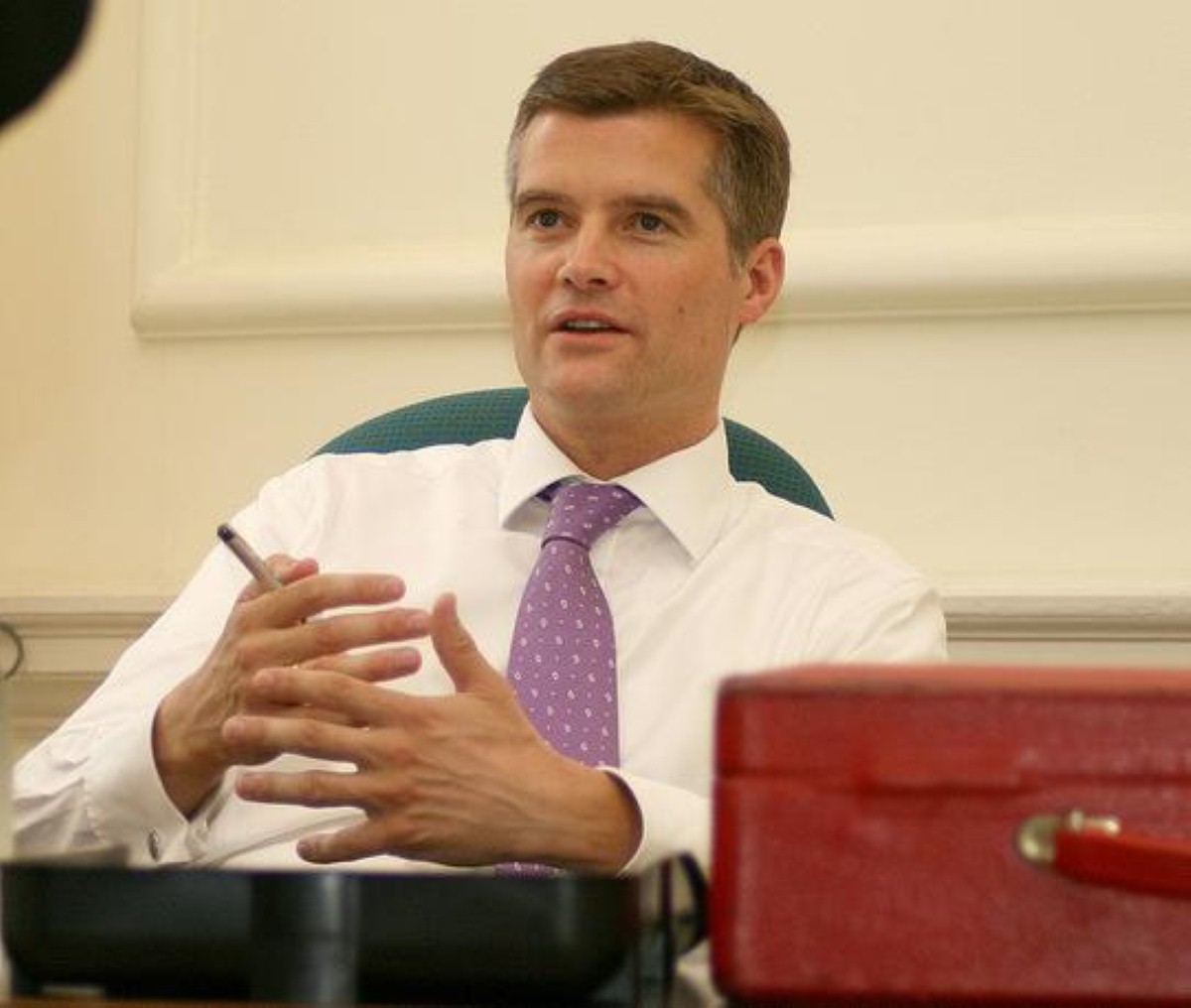 It is, perhaps, the hardest reform of them all. Can Mark Harper succeed where so many before him have failed?

The Conservative constitutional reform minister is in an unusual position: he is the right-hand-man to deputy prime minister Nick Clegg. Twenty months into the job, Harper is upbeat about coalition relations when I interview him in his Westminster office. The arrangement "works very well", he insists. After all, they managed to survive the acrimony which surrounded the tone of the electoral reform referendum campaign. Harper doesn't pretend that this wasn't a tough period. "If you can work through a quite contentious issue like that, I think you can do it through anything."

His job is far from easy. The Lib Dems are inherently keener on the constitutional reform agenda, so persuading Tories is often harder work. "We work together very hard with our respective parties," Harper says. I suspect he has to work much harder than Clegg.

It's Harper's job to win over the many Tories who oppose any kind of change. He tries hard in my interview, pointing to recent polling which shows the majority of the public are enthusiastic about reform (when they're asked about it). When push comes to shove, though, he has another line of defence to fall back on. "For those Conservative colleagues who are not in favour of Lords reform at all – it was in our manifesto," he says flatly. "We can argue about the detail, but the principle has been accepted by our party as well."

As constitutional experts know, the devil is in the detail. But Harper's tactic of calling for unity on the principle of the matter is one he is frequently forced to retreat to. "The Labour party is in favour of reform of the Lords," he says. "There are differences of view about the detail but we all agree about the principle. So I hope very much that when we bring forward our bill… they will support it very enthusiastically."

Harper implicitly acknowledges the need for Labour's support in his fighting talk against recalcitrant peers. "If the House of Commons, which is the elected chamber, passes a piece of legislation that has a significant and cross-party majority and it's about House of Lords reform I really don't think unelected peers should try and block this," he adds. Note the need for a "cross-party" majority. Constitutional reforms live and die by political unity; those which don't never stand much chance of succeeding in the short-term, let alone the long run.

It will be of concern to reformers that Labour feels the coalition has done all it can to alienate the opposition since the general election. Harper denies that the move to implement five-year fixed parliamentary terms was politically motivated, insisting that the change was about much more than just locking in the Lib Dems and the Tories into a stable coalition. If it had only been about securing David Cameron in No 10, he argues, ministers would have accepted Labour's calls for the bill to apply to one term only. "If anyone was behaving in a partisan manner, it was them," he adds. "Even if we, God forbid, were not to win the next election and we were in opposition, that would be in place… we would insist on the principle, even if that turns out in the future not to be in our interests."

Suspicions of partisan motives are perhaps better grounded when it comes to the Parliamentary Voting System and Constituencies Act, which paved the way for an electoral reform referendum in return for boundary changes and the reduction in the size of the Commons from 650 to 600. The latter two were the subject of a behind-closed-doors quid pro quo between the two governing parties, prompting an unsuccessful spirited bid to filibuster the AV referendum from Labour MPs. More recently, the opposition's suspicions of the impact the switch to individual voter registration will have on registration levels in urban levels has also put Harper under pressure.

The minister, as you'd expect, has a very different perspective. Impure partisan thoughts are nothing to do with it. "If you'd have to put a theme around the things we're doing, it's trying to get people to be more confident that their opinions are going to be listened to," he explains. Through this prism, changing the constituencies is about making them fairer and more equal, fixed term parliaments ends the "silly game" of when the next election will be, and the mayoral referenda coming up in May are about giving people more control over their local environment. "They're important, but they're not necessarily at the centre of thinking in people's lives."

There are signs the opposition is willing to move beyond its prickly response to what it perceives as brazen antagonism from the coalition. But Harper's early battles with Labour will have to be put well and truly behind him if he is to succeed in the coming Lords struggle.

His problem, then, are the divides that continue to prevent cross-party unity being achieved. Harper may want to brush the detail under the carpet in favour of the principle, but there will come a time before not too long when dodging the issue is no longer an option. For now, there is little sign he is prepared to budge on the three biggest issues currently dividing the coalition from Labour.

First is the voting system to be used to elect the reformed Lords. "PR is a must," Harper says. That's fine, but what kind? Labour would like to see a 'closed list' form of proportional representation. In this system, the party gets to fill their percentage of the chamber with the candidates they prefer. The government thinks voters should have at least some say in which candidates eventually get elected. It prefers single transferable vote. Harper says there is room for movement here, but seems unwilling to accept a closed list.

Next is the possibility of a referendum on the changes. Labour thinks this is a good idea, having put it in its manifesto. The coalition would rather avoid the risk of having the public derail the reforms. Harper cites a report from the Lords' constitutional committee saying a referendum would only be needed were the Lords being abolished completely. But there is no clear-cut view either way, and it's felt that it would be very hard for Labour to change their minds on this.

Finally we come to the question of whether the new Lords should be wholly elected, or whether 20% of its members should be appointed. Labour's position on this is not entirely straightforward, but it's clear they would definitely prefer a 100% elected second chamber.

Clegg agrees, but pragmatically accepts 80% wouldn't be bad going. This gives Harper all the room he needs to extol the virtues of an 80% elected second chamber. These are based around it ensuring the ongoing supremacy of the Commons – an unresolved issue in the draft legislation. Its insistence that the relationship between the two Houses is unaffected is attracting much criticism from members of the joint committee of peers and MPs currently scrutinising the draft legislation. Again, Harper brushes this off as merely the detail.

Ministers never make concessions to the opposition unless they absolutely cannot help it. The unresolved disputes over Lords reform show Harper is no exception to this rule. Yet there is an unusually strong pressure to achieve cross-party unity on his proposals, for the greatest enemy of change is not likely to be Labour.

In the end, it is the Lords who need confronting and defeating. Turkeys are not going to vote for Christmas. A to-the-death struggle is expected which will see peers refuse to sign their own collective death warrants.

The fight will begin in the next session of parliament. Harper is tight-lipped over whether the legislation will be included in the Queen's Speech, but it would be very surprising if it is delayed. If the Lords are as intransigent as expected, how will the coalition make sure it gets its way?

Harper has a stock answer, which he used more than once in this interview, when asked about the coming confrontation. "We will use all the tools at our disposal," he says grimly. That means, above all else, the Parliament Act. Insiders say it would be deployed in the third session of parliament – ie, the year from May 2013.

It could place Harper at the centre of the biggest constitutional battle this country has seen for a century. But the legislation, when it comes, may not even make it to the Lords without the cross-party unity thought to be critical to its success. There will need to be a real change in the government's approach if Harper is the man to end the 100-year hiatus after the unfinished business of 1911.