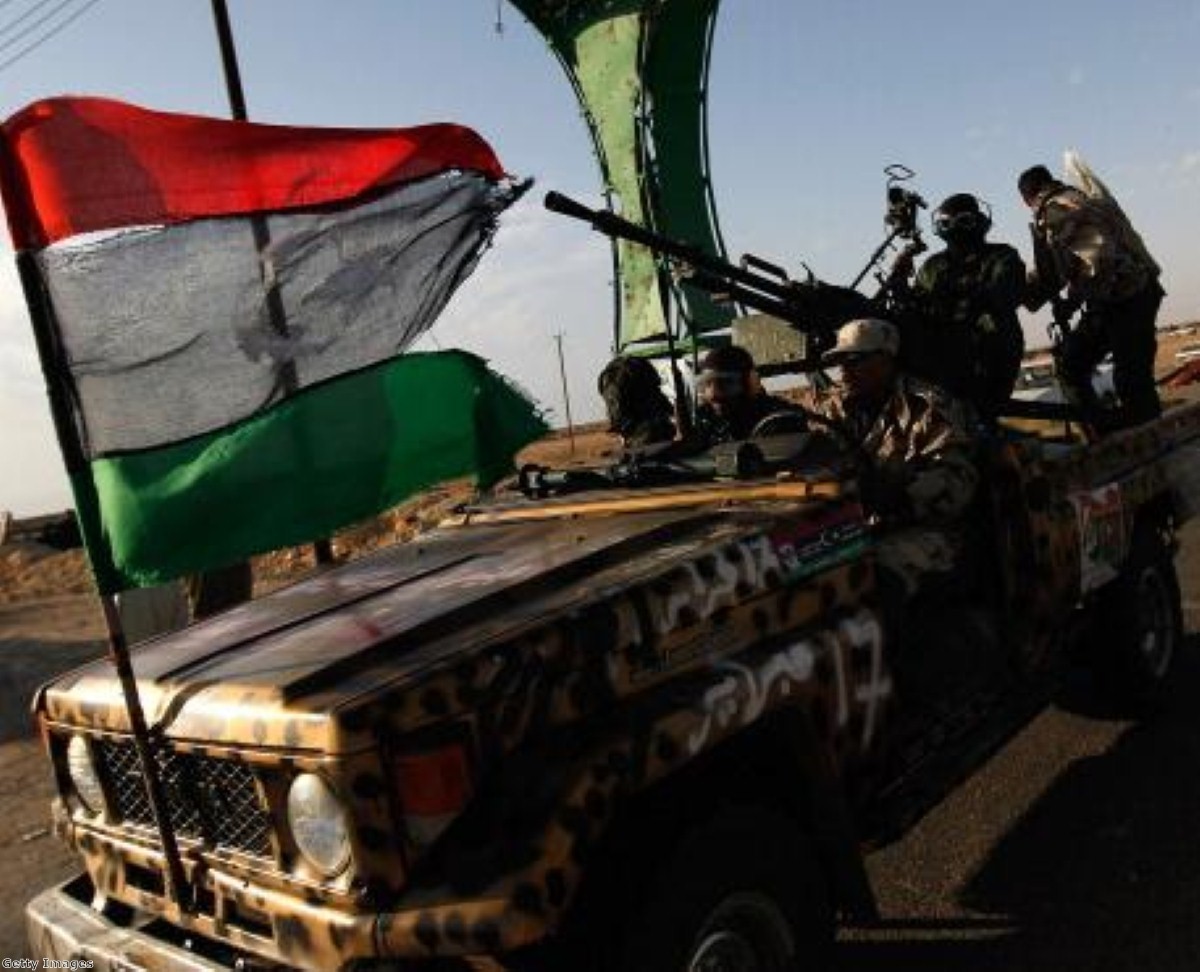 Analysis: Britain running out of cards to play against Gaddafi

Britain is struggling to get its way in the debate over Libya's future – but that isn't stopping it trying to do all it can to oust Muammar Gaddafi.

The UK is having a tough time of it in Libya. Gaddafi, who was supposed to have folded months ago, remains as defiant as ever. The UK has committed itself to an open-ended conflict which has already seen RAF jets fly 17,000 sorties over Libyan airspace. If progress isn't made by the time parliament returns in September, the government could find itself in political hot water from frustrated MPs.

"Time is on our side," Hague insisted at the Foreign Office this morning. It's far from clear – especially when you take into account recent experience in Iraq and Afghanistan – that he's right.

Maybe this was what prompted the decision to expel Gaddafi's remaining diplomats. It looks, on the face of it, like a strong, decisive move. Actually, it reflects Britain's deteriorating fortunes in the debate over the future of Libya.

It's the shift in language which gives the government's approach away. Just nine days have passed since David Cameron's embarrassingly public spat with South African president Jacob Zuma in Pretoria.

It was a bruising encounter for Britain, as the African Union – on whose behalf Zuma was effectively speaking – has pushed its case for greater diplomatic engagement with Tripoli. Backchannel diplomacy has resulted in the idea being floated that Gaddafi could remain in Libya, so long as he gives up power.

Britain has insisted from the beginning that objective number one is Gaddafi's removal. This approach became only more rigid when the UK insisted the renegade colonel had to be dispatched to the Hague to face the international criminal court. As one former head of the Foreign Office pointed out to me, that's unlikely to persuade Gaddafi that he might want to walk away from power sooner rather than later.

Unlike Cameron's uncompromising language, Hague was bending over backwards to walk away from any suggestion that Britain might know what's best. "It would be strange for us to decide their future on their behalf," he protested. The outcome "is a matter for the Libyan people to decide". The UK "will not be a block to what's agreed among Libyans".

Britain is holding up its hands and walking away from the diplomatic argument. We're in retreat from an unsustainably inflexible position.

Hague's words are conciliatory. They need to be, given how far Britain has stuck its neck out in insisting that Gaddafi go.

Even as he insists it's up to the Libyans to make up their minds about the thorny problems of the future – and what happens to Gaddafi – the Libyan expulsion sends a "political statement" of its own.

More significantly, the move opens up millions of pounds in Libyan assets held in Britain for the rebels. For starters, the Benghazi administration will get £91 million of unfrozen funds from a Libyan oil company. Hague made clear there's much more where that came from.

That's the best way to interpret the expulsion – it's part of Britain's determined, focused effort to get rid of Gaddafi. Militarily, the resources are there. Diplomatically, the slow drip-drip expulsions we've seen in recent months had to end eventually: it's now clear there's no progress to be made on that front. So why not help out the rebels by opening up some cash?

It's a sensible, practical move. And it might go some way to halting Britain's slide in the popularity stakes as the debate over Libya's future continues, too.