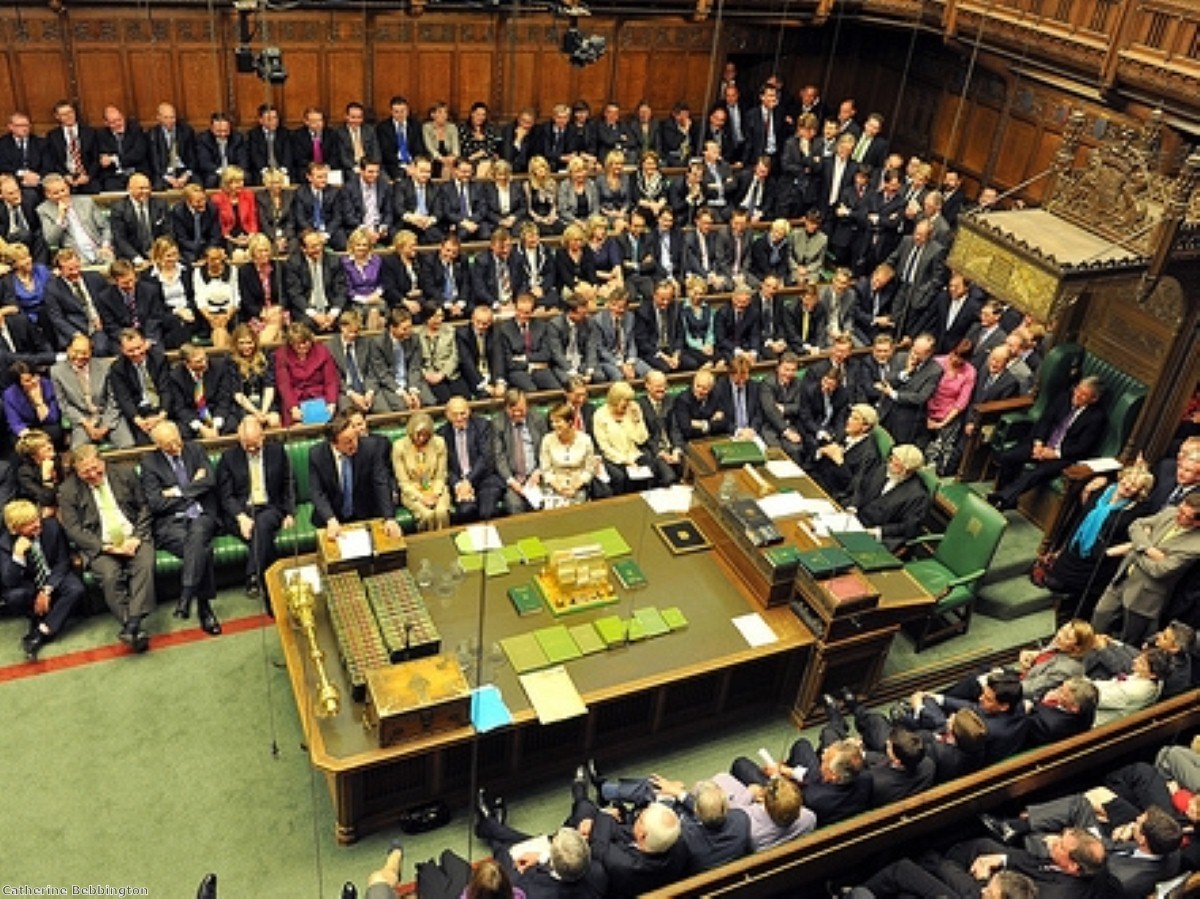 "Believe you me," David Cameron said in a low voice, "I have learned." This was, surely, the lowest moment of his premiership.

It was an isolated moment when the mask slipped. The prime minister is facing endless questions resulting from his decision to hire ex-News of the World editor Andy Coulson. He ignored the advice of, apparently, just about everyone, and was made to wriggle in the Commons this lunchtime as a result. This was no ordinary Wednesday: if it hadn't been for the phone-hacking scandal MPs would have already been off on their lengthy summer holidays, contemplating reading a light novel rather than a report of the home affairs committee.

The silly season, when there's no news, is on hold this year. As the mood in the chamber showed this lunchtime, we're in the middle of a full-on political crisis.

Cameron's strategy – apart from that one moment of truth – was to be brisk and businesslike. He whistled through his statement, trying to brush away this unpleasantness as quickly as possible. But in the fevered atmosphere of the Commons, with Labour scorn at every step, it was tough going for this bedevilled prime minister.

It reminded me of his recent brush with a furious NHS doctor during the health reform U-turn. Despite being buffeted by the surgeon's righteous indignation that the camera crew weren't complying with hygiene regulations, he sought to deflect the anger by turning on the prime ministerial authority. It was the same, on a larger scale, today.

Even a horde of irate surgeons would have been preferable to this Commons bearpit ordeal. Labour's dissatisfied contempt when he acknowledged that people's trust "in politicians' ability to get to grips with these issues" was more than palpable. It filled the chamber with an atmosphere of restless impatience.

"Whitewash!" they yelled as he named the members of the judicial inquiry. And then, on the key question of whether or not he should have hired former News of the World editor Andy Coulson, we heard him offering the same hopeless defence as that offered by the police chiefs who resigned earlier this week.

"With 20:20 hindsight – and all that has followed – I would not have offered him the job and I expect that he wouldn't have taken it," he said. Trying his hardest to pretend this wasn't a miserable admission of the current state of affairs.

"Of course I regret and I am extremely sorry about the furore it has caused."

So many sentences uttered by him will prompt a cynical reaction from ordinary members of the public. Sentences like: "You'd be superhuman to remember every conversation you had." Or: "I have an old-fashioned view about innocent until proven guilty." Or, referring to Coulson: "I gave him a second chance." With or without hindsight, it just sounds very, very bad.

Serious, sombre, grave Ed Miliband, who was initially so appalled by what he's heard that he couldn't adopt any other tone than that of Eeyore, gave another effective performance. By the end he was thoroughly worked up. He said the PM had suffered a "tragic conflict of loyalty" and that he had made a "deliberate attempt to hide from the facts about Mr Coulson". This reflected a "catastrophic error of judgement".

Cameron didn't look much like a tragic hero. He sat there, scribbling on papers on his lap, legs crossed, eyebrows raised slightly, like someone wrestling with an especially tricky crossword clue. Only when Miliband wrapped up did he lean forward, a furious expression on his face. The sort of look a wild animal gets when stuck in a corner.

He lashed out. "Stop hunting feeble conspiracy theories!" he roared over the throng. There was no holding him back as he laid into Labour's links with the Murdoch empire. It was stirring stuff. "When are we going to see the transparency for Tony Blair and Gordon Brown?" Cameron demanded, forgetting that they are no longer in power. Tory backbenchers' stabbing fingers jabbed down accusingly at Miliband, whose arms were up in the air, appealing to the Speaker like an aggrieved footballer.

Cameron attacked Labour's "staggering lack of judgement", calling them the "slumber" party. The Tories cackled derisively; the intensity and the sheer volume of their cheering will have been hugely welcomed by the PM.

After this performance any worries that he's losing the support of his party can be written off. He's having a tough time, but Cameron is developing a knack of bouncing back. There's still a lot of fight left in this prime minister.