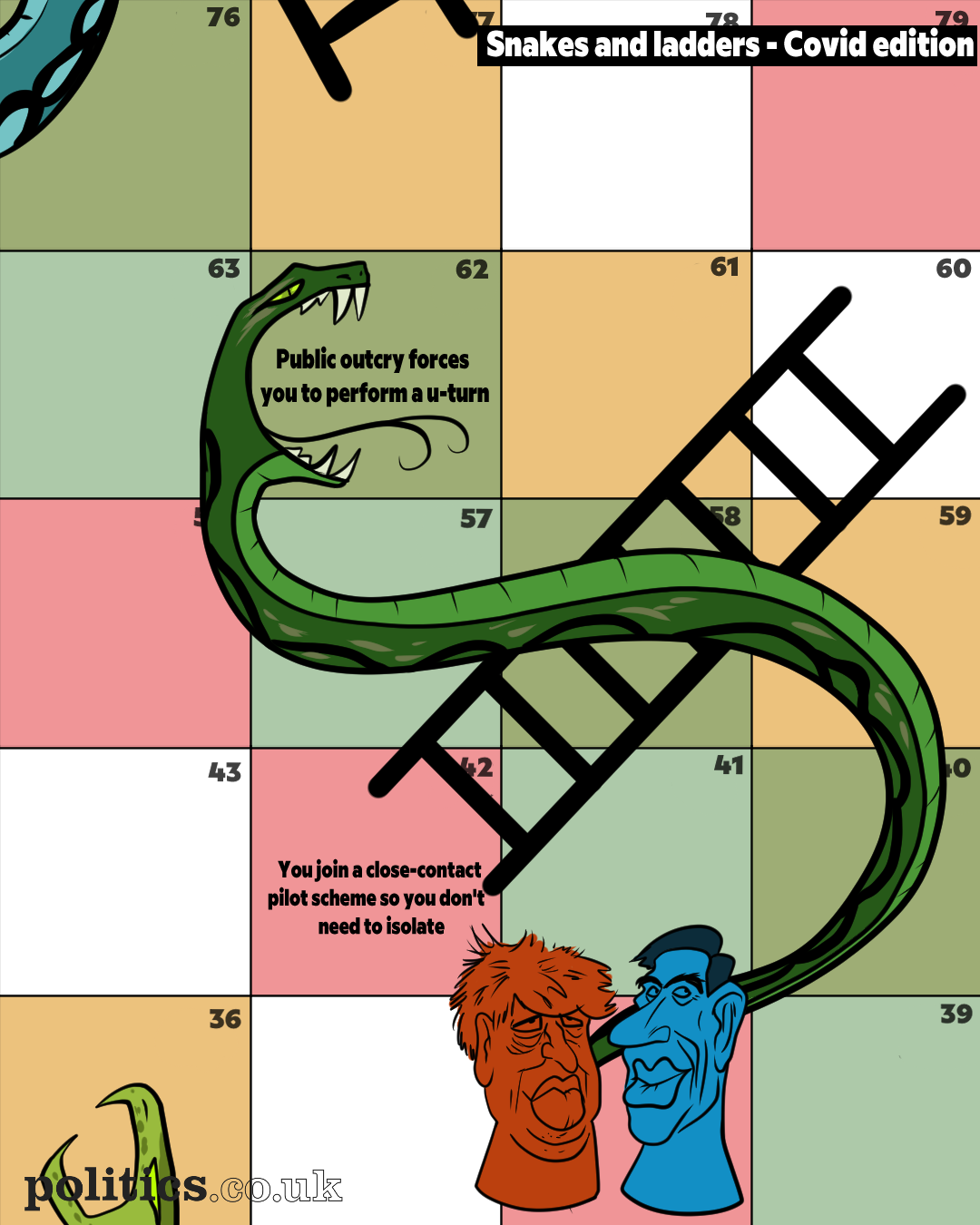 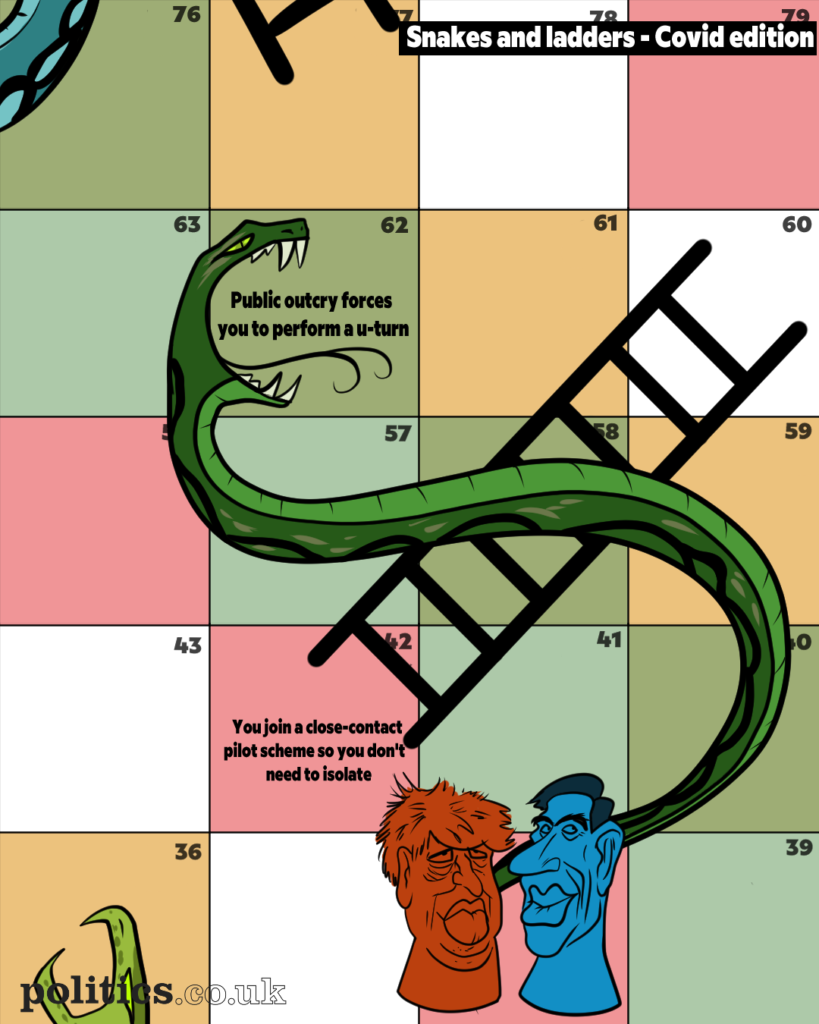 On Sunday it was confirmed that Boris Johnson and Rishi Sunak had been pinged by the NHS app after health secretary Sajid Javid tested positive for covid.

But rather than immediately self-isolating, as required by law having been identified as a close contact to someone who has tested positive, No. 10 said the pair would take part in a special pilot scheme that enabled them to work so long as they conducted daily tests.

This prompted a public outcry, with claims that it was one rule for them and another for the wider public, which led – a few hours later – to a U-turn when it was confirmed that the pair would, in fact, self-isolate after all.

A little bit like a game of snakes and ladders, where Johnson and Sunk thought they’d found a clever shortcut, only to come sliding back down again shortly afterwards, to find themselves further diminished in the eyes of the public.