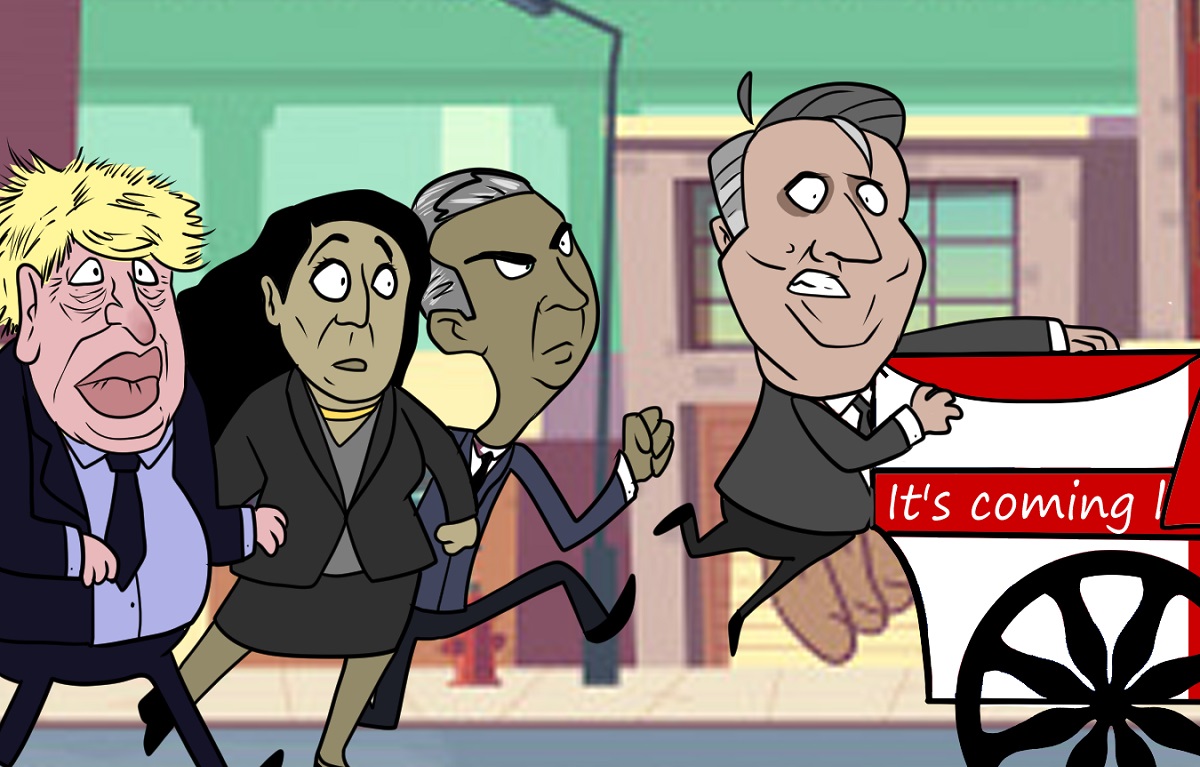 As sure as night follows day, a significant England football team victory is inevitably followed by politicians climbing over each other to jump on the bandwagon of success.

Tuesday’s 2-0 victory over Germany was no different with Boris Johnson, Priti Patel, Sadiq Khan and Sir Keir Starmer among those to tweet their congratulations.

Sir Keir led the pack by showcasing his “authentic” credentials, harking back to Euro 96 and underlining that “I was in the stands” when England lost in the semi-finals to Germany.

The prime minister was notably not photographed watching the game in his newly decorated living room, seemingly viewing it while perched on a table in the office instead – leading commentators to speculate that it was choreographed to avoid once again stirring up stories about the cost of the Downing Street refurbishment.

Home secretary Priti Patel tweeted “What a result” adding “#ItsComingHome”. This drew a withering repost from Labour’s deputy leader Angela Rayner who tweeted: “I’m genuinely worried Priti Patel would stop football at the border and try to deport it.”