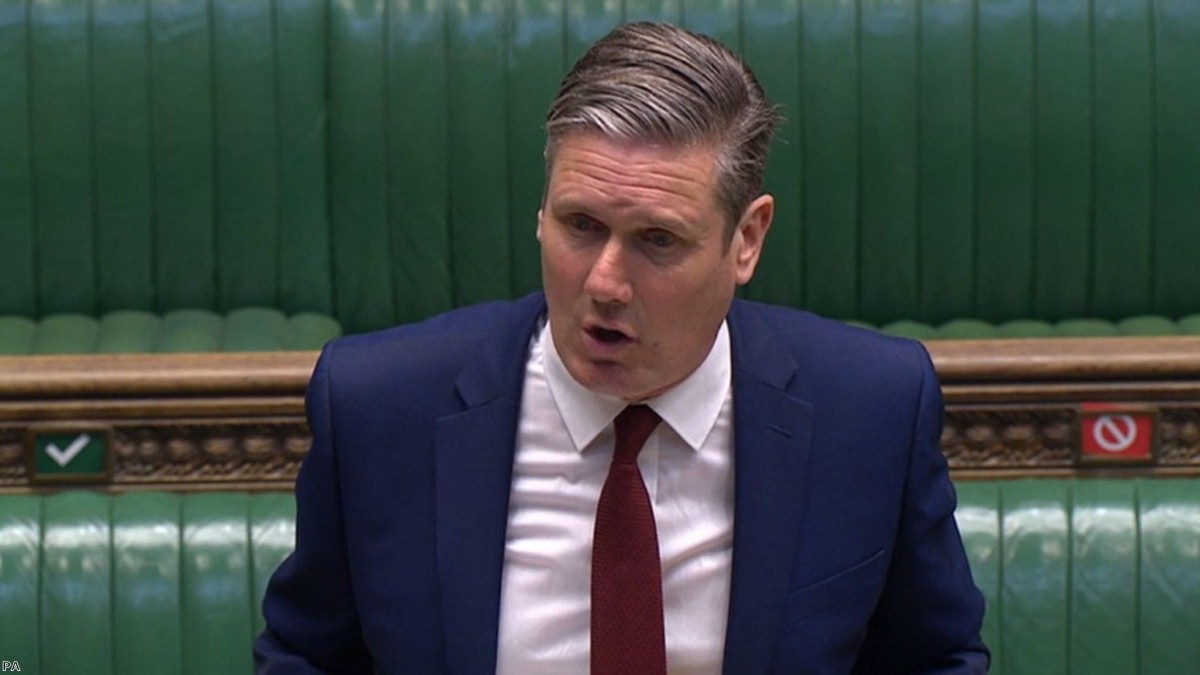 Phase one of the Starmer leadership is a resounding success

The last day of the Commons before summer recess provides a closing curtain on the first phase of Keir Starmer's leadership. And from the evidence at PMQs today, it is a success.

We now understand the dynamic of how these encounters with Boris Johnson operate. Starmer sticks to evidence-based interrogation, sprinkled with quotes from independent figures. Johnson tries out different lines of attack. That in itself is revealing. When one figure sticks to a tactic, it typically means they have found it to be effective. When they keep trying various ones, it is a tacit acceptance that they haven't found one which works.

Johnson today tried calling Starmer a flip-flopper. This doesn't really hold true and it is noticeable how unaffected the Labour leader is by it. It also has the rather significant disadvantage of opening up Johnson for the response. "This is the former columnist who wrote two versions of every article ever published," Starmer countered, to considerable effect. The prime minister's own record makes it a dangerous tactic to pursue.

The second Johnson attack involved trying to paint Starmr as an Islington Remainer. This should stick. Starmer is an MP for north London and he led the fight within Labour for Remain in the wake of the Brexit referendum. But he's been careful to avoid any mention of the Brexit issue since taking the leadership, even refusing to call for an extension of the transition period. It doesn't catch for that reason. Starmer saw the attack coming a mile off and made sure to neutralise it.

The third effort was to try to paint the Labour leader as continuity Corbyn, or at least as someone with a reprehensible record from when Jeremy Corbyn was in charge. And this is where Starmer's actions have paid the greatest dividend.

Johnson said he sat on his hands during the Salisbury attacks. Starmer's office quickly put out a video showing him taking a strong stand at the time and the leader himself was able to point to his own actions against Russia when head of the Department for Public Prosecutions. But his safety in this area isn't really due to his actions before becoming leader, it is based on those he took since. By taking a firm stand on Russia, and particularly on anti-semitism, Starmer has made it much easier to deflect these criticisms. "In case the prime minister hasn't noticed, the Labour party is under new management," he said today. It landed because it was seen as true.

None of these advantages are definitive. PMQs is mostly ignored by the public. The polls show the Tories maintain a decent lead – reduced since its high at the start of coronavirus, but no worse really than after the election. Labour starts from a disastrous electoral situation and the brand is still seriously tainted.

It would ask too much to expect all these problems to be fixed in the first phase of his leadership. What you can rightfully expect is evidence that he has the capacity to fix them – the tactical intelligence, the presentational qualities, the political decisiveness and the intellectual thoughtfulness. And on that limited requirement he has delivered.

The next part will be harder. It will involve the kind of changes which are not satisfied simply by not being Jeremy Corbyn. But he has advantages too. The government looks knackered. Today alone, it is fighting off the Russia report, exasperation over its shoddy coronavirus response, continued ministerial scandals such as the one surrounding Robert Jenrick, and the generally poor performance of a seriously sub-par Cabinet. The worst part of the covid emergency – the economic malaise, a possible second wave, and the possible simultaneous body-blow of no-deal Brexit  – can be seen on the horizon.

A terrible forecast, to be sure, and not a period that any of us might choose to be living in. But it does provide plenty of opportunities for an opposition leader who knows what they're doing. And on current evidence, that is the kind of opposition leader we have.