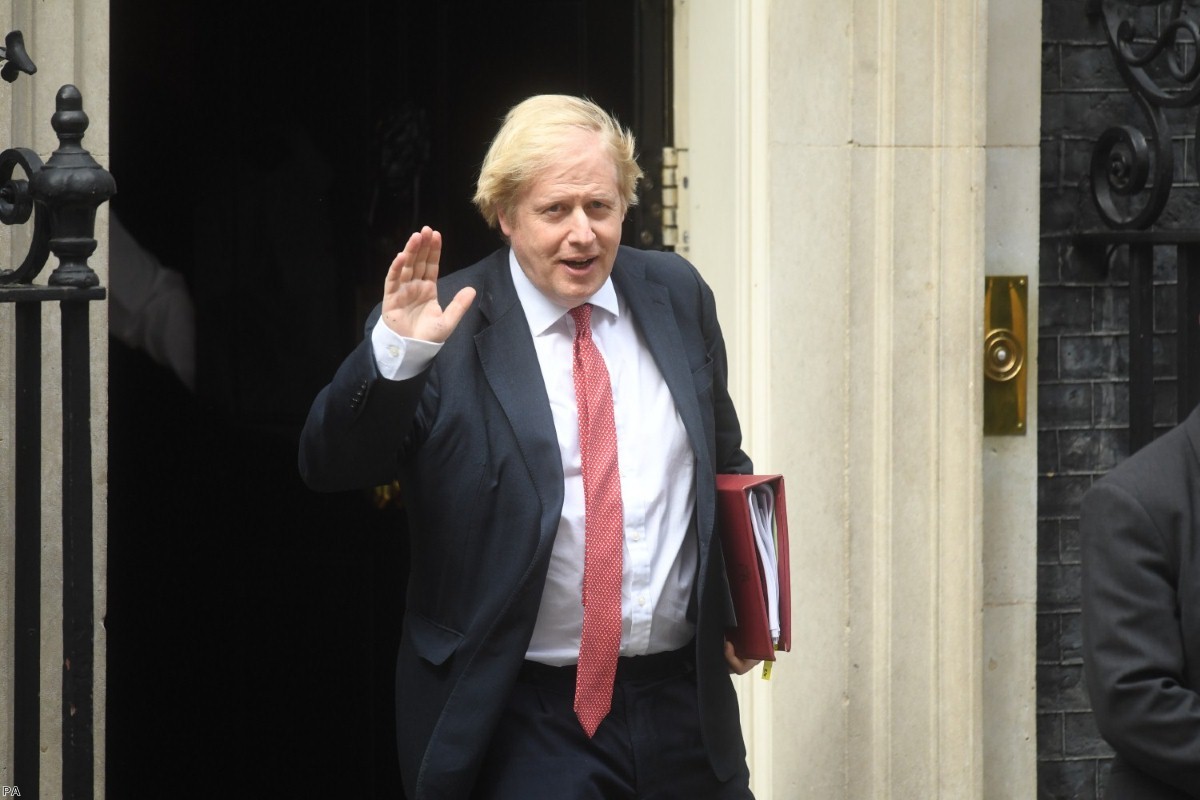 As soon as they had to do anything, the whole thing fell down. From the slogan, to the statement, to the guidance, it is an unholy shambles, a near-ceaseless demonstration of cack-handed inadequacy.

It's not like they didn't have time to prepare. We'd been hearing rumours of Boris Johnson's announcement for a week before it happened. And then look how it played out.

The government changed the 'stay home' slogan to 'stay alert', a phrasing which had no obvious meaning whatsoever, and which then had to be explained by a statement which suggested, among other things, that people should "stay alert by staying at home as much as possible". So it meant nothing unless it might also meant the other thing which it had just replaced.

Last night, Downing Street put out a statement saying the prime minister would tell people that they should go to work on Monday if they could not work from home. Shortly afterwards, Johnson made a statement in which he made the same point. He did not specify the day but the clear implication, given it was delivered on Sunday night, was that he meant Monday morning. This afternoon in the Commons he simply referred to "this week".

But on the Today programme this morning, Dominic Raab said: "We're saying to them, they should now, from Wednesday, go back to work."

On the extremely basic matter of when people should go to work, there was no clarity. And in fact there was some evidence people were already going to work, with videos of the London Tube network showing packed carriages of commuters.

Employers were told that workplaces needed to be distanced so that they were safe for workers. Public transport should be avoided, but where people had to use it they should also be subject to safety measures.

What were the safety measures? We do not know, because they have not been published. Pushed on the issue today, Johnson suggested the workplace guidance would be published tonight and the transport guidance tomorrow. The plan itself was only released this afternoon.

So at the moment at which people were pressured to go back to work, they were provided no basis upon which to assess the safety of them doing so.

There was a fascinating turn of phrase during last night's statement. Johnson delivered most of it directly to the viewer. But then he suddenly switched gears and started speaking about the viewer instead.

"We said that you should work from home if you can, and only go to work if you must," he said. And then: "We now need to stress that anyone who can't work from home, for instance those in construction or manufacturing, should be actively encouraged to go to work."

Who was that said to? It was hard to escape the conclusion that it was aimed at employers. It seemed to give away a deep truth about whose side the government was on.

Johnson will not know what it is like to work in a factory on low wages. He will not understand, or be interested in, the power dynamic that operates in places like that. It is not, as he seems to envisage it, a forum where egalitarian discussions take place. You are told to go work by your bosses and then you go to work, if you want to keep your job.

But the statement yesterday and in the Commons this afternoon provided those workers with very few protections. "People who cannot work from home should talk to their employers about returning this week and the difficulties they may or may not have," he said. On the struggles of those who have children to look after and no school provision, he could only say: "We will count on employers to be reasonable."

He used the phrase "common sense" so often that it seemed to dominate the entire debate. And yet there is no common sense here. Common sense to an employer is getting back to work so they can make money again. And that might involve less stringent safety provisions than an employee would like. The sense was not common at all. It would be different to different people, depending on where they stood.

In reality, common sense had only one translation. It was the transfer of responsibility for what was happening from the government to people themselves.

Only at one point, in response to a question from Labour MP Chi Onwurah, did Johnson finally go further, insisting that the Health and Safety Executive would do spot inspections. The rest of the session was devoid of meaning.

Labour leader Keir Starmer asked the prime minister a series of very specific questions about guidance provision, timetables, workplace safety requirements, public transport arrangements, childcare and gaps between policy in the home nations. He did not get any answers, just a series of platitudes – "there is far more that unites the UK than divides it", "this is the moment for the whole country to come together", all of that. It was an incessant stream of vapid tosh.

This is a government which simply does not know what it is doing. There is not even a trace-element of competence on display. After a week of planning, it is beyond comprehension that they should fail to decide on what day these measures are supposed to apply, let alone be unable to describe what they are.

Don't expect them to improve. They will not. They are simply not up to it. If they're unable to summon the gravitas and responsibility to handle this, they'll be unable to do it over anything.