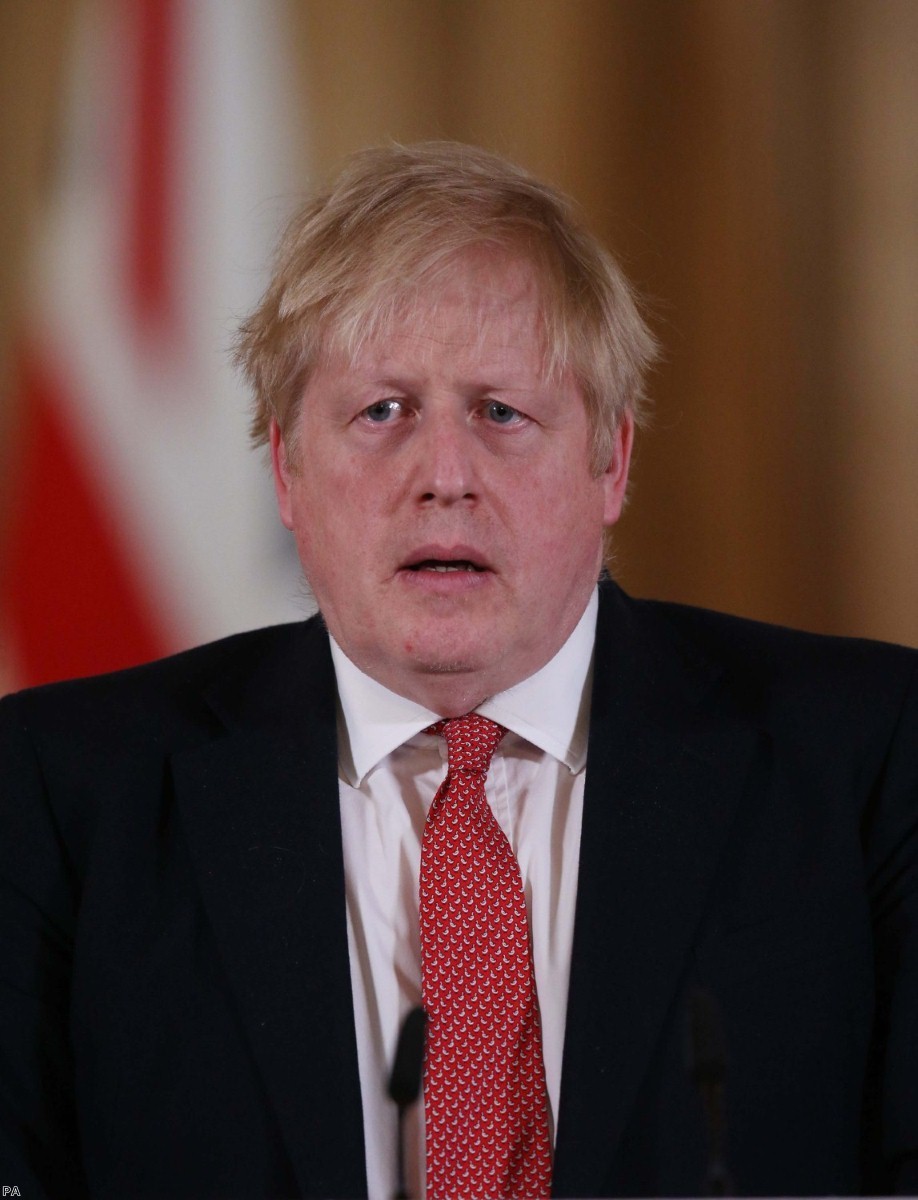 You get what you pay for. We elected an after dinner speaker for prime minister. And that was what we got.

But when you buy cheap, the real cost always reveals itself. There's a proper crisis now, the kind with a severe toll in human life, social change and emotional demand. And we've got Boris Johnson as prime minister.

He seemed frankly quite bored at Thursday's covid press conference. "I don't propose to spend a very long time at this particular one," he told reporters. "I don't want to weary you with these occasions." But that's not what he meant. What he meant was that he couldn't be bothered. He was tired of them.

It's just not very jolly and upbeat. It doesn't play to his strengths. He can't make a gag, or get away with pretending things will be simple, because the bleak and terrible reality of what is happening is apparent to everyone. He can't use it for personal advantage.

So instead, in his boredom, and in his assumption that people would feel the same way, he started to introduce arbitrary timetables. This should all be over with in 12 weeks, he decided. "I'm absolutely confident that we can send coronavirus packing," he said.

Except that's not right. The Imperial report showed this is going to be with us for a very long time, until we find a vaccine, which will probably be at least 18 months. There will be times that the anti-covid measures are relaxed, but when they are, the cases will creep up again, and they will have to be re-introduced. We will, in all likelihood, go through blocks of isolation, then have short periods of relaxation of the rules, then isolate again. This is long term.

No-one likes the idea of that. It is almost beyond comprehension. After what for most of us has been just a week or so at home, it's already starting to grate. It's particularly difficult for those with young children, and those who struggle with anxiety when deprived of social contact.

And it's going to get worse. Looking at our relative progress next to countries like Italy and France, we seem to be on the same course as them. We will probably also see the police cars with loudspeakers telling us to stay in our homes. Things will get scary.

You can understand that people will need some reassurance that there is a light at the end of the tunnel. But fake timetables are a fake certainty. They are the 'Get Brexit Done' of covid. They will dispel public trust in government messages once people realise they are not true.

They are also potentially a public health problem. One of the greatest dangers is that we face a second pulverising wave of infections once the controls are relaxed. And that is much more likely if you have a prime minister suggesting to everyone that "we'll get this thing done" in a few weeks.

It could have been worse. Johnson shares qualities with Donald Trump, but he is not quite Britain's Trump. He has not renamed coronavirus the "Chinese" virus and explicitly tried to manipulate it to a racist narrative.

But it could have also been very much better. France has not exactly covered itself in glory in its handling of covid before this week. But even there, Emmanuel Macron's speech to the nation stood in contrast to Johnson's efforts. "We are at war," he said. "The enemy is there – invisible, elusive – and it is advancing." There was clarity in the severity of the situation.

There was also help, in the form of waived social-security payments, utility bills and rent, alongside loans, job protection and unemployment pay. "No business, no matter what its size, will risk failure," he said. "No Frenchwoman or Frenchman will be left without resources." Britain had to wait considerably longer for similar measures.

He was able to end with "vive la republique, vive la France". Even now, embroiled as he's been in national disputes, the French president still has access to a reserve of national solidarity.

But most of all there was a sense of professionalism, of focus. Macron is not perfect, In many senses he is a disappointment. But he is at least someone who is capable of seriousness. And that makes it easier, in times of crisis and severe uncertainty, to follow a message and to have some degree of confidence in what is taking place in government.

So that's what we've got. The chat show guest. The after-dinner speaker. The cynical tribalist. The nation is on the operating table and he comes in at midnight, in black tie with the shirt untucked, half cut, and absentmindedly grabs a scalpel.

There's no getting rid of him in the short term. The most we can pray for is that he shows the foresight and responsibility – or perhaps the sense of political calculation – of perhaps forming a government of national unity, or a wise-heads council of former prime ministers, to oversee this thing. But that too is highly unlikely. We've got what we've got. And now we're going to have to live with it, at the worst possible time.