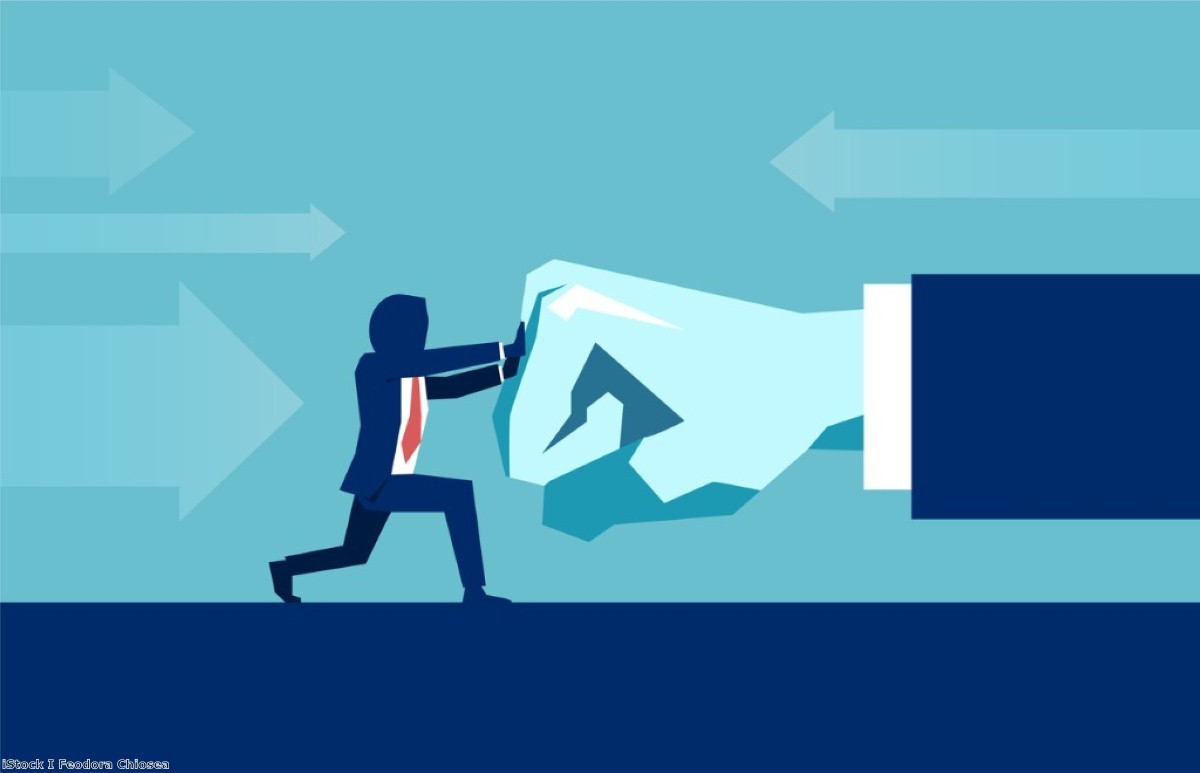 Week in Review: No compromise as Johnson drives through the most brutal Brexit imaginable

Where's the offer? That's the main question. The government says it is extending the hand of friendship to Remainers and that's very nice to hear. But what's the actual offer behind it?

Boris Johnson's new year's message seemed to promise something. "I want to reassure you that I will be a prime minister for everyone, not just those who voted for me," he said. "I know that you love this country no less, simply because you voted for another party or wanted to remain." Admirable stuff. He had a large majority now. Perhaps this gave him the freedom to be more conciliatory, to actually introduce policies which might unite the country rather than divide it.

But that's not what we got. In fact every decision, every statement, seems to go in the precise opposite direction. It seeks the approval of the most hardline and extreme Leave opinion and discards even the most moderate of Remain demands.

Take Lord Dubs' amendment this week. He had sought for the government to guarantee family reunion rights for child refugees. "What could be more humane than asking that unaccompanied child refugees stranded in Europe be able to join relatives in this country?" he asked. Genuinely what indeed. Which distorted masquerade of political morality would consider that in any way controversial?

This provision had even been in the bill, but it was removed after the election victory. No need for that sort of thing anymore.

Stephen Barclay insisted the government was still committed to it, but that it did not require legislation. It was an extraordinary thing to say, given the government has just legislated to force the prime minister to stick to his own one-year timetable on Brexit trade talks – a grimly insane move in which leaders now create law to ensure they stick to the promises they themselves have set. Why would that require legislation but not this?

Indeed there was an awful lot to learn from what apparently required a law and what did not. Another amendment focused on Erasmus, the scheme which funds young people to train and study across Europe. It is about as plainly beneficial as you could imagine a programme being. One study even found that a quarter of those who take part in it meet their partner during their time abroad – with over a million babies produced as a result. Living testaments to a shared European culture, regardless of EU membership.

The amendment was shot down, of course. As with the Dubs amendment, the government insists it intends to do it, but it won't legislate for it.

Another amendment asked for physical documentation to prove European citizens' settled status. It's about as modest a demand as they could have made, given they have been relentlessly lied to by the government. First they were told there would be no change in their status. Then they were held as negotiation hostages by Theresa May. Then they had a flawed application system imposed on them. And now they are asking for this one basic thing: physical proof of a right to live here.

At the moment it is entirely online. A database proves your right of residence. But the hostile environment has put down countless demands for proof of immigration status, from hospitals, landlords and others. It has essentially outsourced immigration enforcement to the public.

In that context, having a recognised document makes life much easier. It means a landlord would not need to go online and make checks on someone's status – something they might not be bothered to do, or may not be convinced by. Instead they could just look at the document. And yet this too was denied. Not an inch will be given.

The same applies to the future relationship with the EU. Speaking to the Financial Times last weekend, chancellor Sajid Javid insisted there would be no regulatory alignment whatsoever. Despite the desperate pleas of British industry, which relies on a lack of checks to maintain its production system across the continent, the government was going to disconnect from everything.

In many areas, like aerospace and automobiles, there is simply no upside to this whatsoever. But Javid knows that any EU supervision of British regulations, which is what a close relationship would entail, would be poison to the Brexit hardliners. So their interests are placed above those of British companies and workers.

There is, quite simply, no offer. Not even on the most harmless and uncontroversial of Remain requests. There is no movement to the 48% whatsoever. Instead, there is just the rhetoric of reaching out, of can't-we-all-be-friends. But friendship requires some movement. It requires a little compromise. Where there is none, it is not possible.

What is being pursued is the most hard Brexit imaginable – not just outside of the customs union, not just outside the single market, but without any meaningful linkage whatsoever – without even the symbols of linkage. Full victory in the culture war.

It is the most extreme interpretation of the vote outside of no-deal. In that context, the request for friendship is actually something altogether more sinister: it is a demand that you shut up. That you be silent, so that the programme which is being delivered can be made to appear like the will of the people, rather than the agenda of a tribal faction.

It is a dismal way to behave, although it is also entirely in line with the new form of political leadership, followed both here and in the US, where political leaders cement their position not by trying to attract the broadest collection of voters but by relentlessly delivering for their tribal base.

However, it also has another effect. It outrages and incentivises the opposition to maintain the fight. If Remainers really did feel that they were being taken into account – and at this stage, under so catastrophic a defeat as last month, that actually might not require a lot – they would be more likely to accept what was happening. Because they are not, they cannot. The extremism of the project creates its own continued opposition.