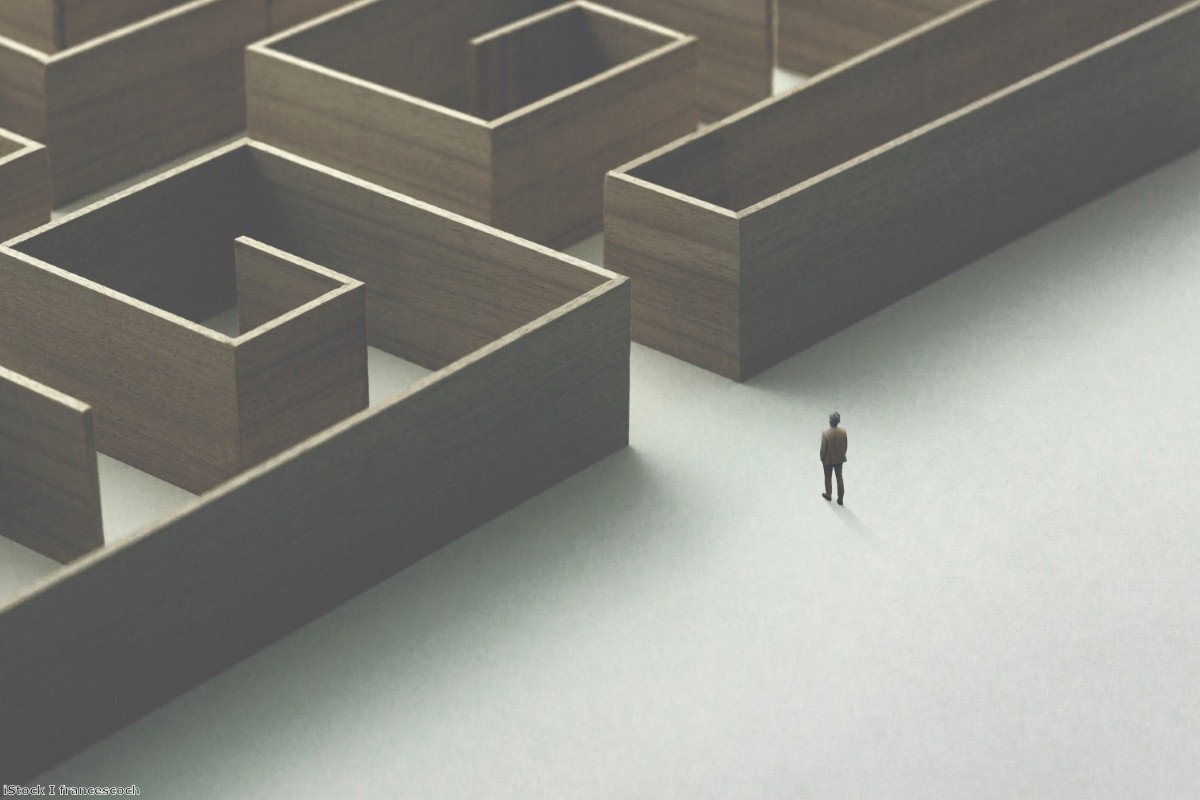 The Tory manifesto has no plan for government. It is an empty cupboard, holding only cobwebs and broken toys. There's just one bit of it with any real meaning and that's the commitment to refuse to extend the transition period for Brexit at the end of 2020.

It's all carefully calibrated to emphasise the central message: Get Brexit Done. But it's a lie. We're seeing the exact same mistakes the Theresa May government made now repeated for the second phase. Tragedy and farce – not in sequence, but delivered simultaneously, over and over again.

"We will not extend the implementation period beyond December 2020," the document reads. It's an astonishing imbecilic thing to say. Most trade deals take years to negotiate. That process starts with knowing what it is you're trying to achieve. But there is no evidence we've even reached that point.

So the domestic political dynamic if the Tories win a majority will be obvious. Hardliners in the Conservative party will agitate for a distant relationship, allowing the UK to pursue trade deals with Donald Trump.

But that won't be the only pressure on the prime minister. British business and industry will undertake a fierce lobbying operation to try to prevent the damage that comes from trade obstacles. And they will have overlapping and sometimes contradictory demands.

Are tariffs the most important trade obstacle to prevent? That's the bare-bones approach, which would be most useful to exporters and importers in goods. But even this kind of basement-level deal would require some degree of agreement on standards, which in turn could prevent a trade deal with the US. Or would it go further than that? Customs procedures? Access to services?

The relative clout of a business lobby does not define how powerfully they will agitate for their interests to be represented. The financial services sector contributes 6.9% of total UK economic output, while the fishing industry contributes 0.1%. But the latter has had far greater prominence in the national debate over the last three years than the former. It'll be an absolute frenzy of public and private lobbying.

The current Brexit debate is identical to the one in 2016. It operates on the basis of a philosophical proposition that the world is made up of all plus sides and no down sides. It is a world without trade-offs, a kind of fantasy land of trade tedium.

But that is not the case. Trade-offs exist. So all the usual suspects, when they don't get what they want, will tear their hair out about an unreasonable EU and British europhiles sabotaging their glorious project. Same old horrible nonsense, all over again.

Once the UK has figured out what it wants, it needs to negotiate it. It is planning on doing this, according to the manifesto, while simultaneously negotiating with other countries, with an aim "to have 80% of UK trade covered by free trade agreements within the next three years".

This is the same commitment we heard after the Brexit referendum result. "Within two years," David Davis said in July 2016, "before the negotiation with the EU is likely to be complete, we can negotiate a free trade area massively larger than the EU. The new trade agreements will come into force at the point of exit, but they will be fully negotiated."

It was, of course, false. The new promise is false too and of a similar magnitude. The total UK trade in goods and services in 2018 was £1,289 billion. Eighty per cent of that is £1,038 billion. That's a lot of work you want to do while negotiating the most important trade deal in your history amid a cacophony of domestic lobbying operations.

It will face similar problems, which the Conservative party simply refuses to learn. Other countries want clarity about the UK relationship with the EU before they decide on what they are willing to put on the table for their own negotiations. Of course they do. There's a difference between a market covering 66 million consumers and one covering half a billion. And that's not even to mention the standards arrangements the UK may or may not enter into with the EU as part of its negotiations, which have a knock-on effect on what it can agree with others.

Then there's the question of capacity. The UK needs to dedicate all negotiating capacity towards the discussions with the EU. It cannot afford to split off teams for talks with other countries which are unlikely to even go anywhere, or else it risks putting up civil servants who have quickly scrubbed up on trade against seasoned veterans. If your negotiating partner can dedicate all their resources to something and you have to split yours into pieces, then you are going to come out the worse for it.

After all of that, the deal with the EU will need to be ratified. Although it hasn't exactly felt like it, we have so far enjoyed the easiest part of the Brexit process. We have been negotiating with one partner – the EU presenting a united front. But ratification will likely be different. The deal will go out to national parliaments, including some regional parliaments. There it will be lost in unpredictable regional debates. When the Belgian region of Wallonia rejected the EU-Canada trade deal, painstakingly negotiated for years, it was on the basis of anti-globalisation concerns about the power handed to multinationals.

Then the deal needs to be implemented. This might take a lot of work, setting up all sorts of checks and infrastructure and the like, or a bit less. We don't know. What we do know is that this process – formulating a position, negotiating it, ratifying it and implementing it – is not going to be done by December 2020.

So one of two things are going to happen. Johnson will either stick to his promise and refuse extension, leading to a trade no-deal, with all the consequences that entails. Or he will break his promise and extend.

The latter is more likely, and not just because the fact that Johnson makes a promise is pretty firm evidence that he will not deliver it. It's likely because after months of industry lobbying, he is unlikely to hammer the economy in order to maintain an election promise he made for a campaign, now in the distant past, which he already won.

How will that final reluctant extension go? First, it will be expensive. The current extension decision deadline is set for summer 2020, because that places it ahead of the EU's talks for their next financial window. That deadline will pass and Johnson will likely be forced to extend in December 2020, once the financial debate has begun. They'll find a way to make this possible, but it is going to cost. That money will ease the fraught dynamic of negotiating spending within the EU. It'll cost more than it would have cost if it was done in summer 2020. And that number will drive the hardliners insane.

When Johnson extends, he'll be seeking to limit the damage to his credibility from going back on his promise. So it is likely that he will attempt to sign off on the trade deal first, then extend for ratification and implementation. This would allow him to do a rebranding exercise. He won't call it extension. He'll likely call it 'activating an implementation phase' or something like that. That's the trick that May attempted and seeing as we're reliving all her mistakes one by one, it's likely he'll do the same.

But that then sets up a new trap. It will be firmly in his interests to get a deal signed by December 2020 for his 'implementation' trick, so the EU will have all the leverage in that crucial eye-watering final month. The pressure on him will be intense. So, just like he has done with his withdrawal deal, he will agree to something shoddy and self-defeating, something defined by his partner's interests, because it is in his personal interest to do so.

It's honestly like watching Gus Van Sant's shot-for-shot remake of Psycho, except with more blood. First, the overwhelming sense of boredom. Then the deeper question of: Why? Why would you do this? And then the despair at the barren state of our culture.

Step by step, we're making all the same mistakes, all over again. No honesty in the rhetoric, no realistic assessment of timescales or capacity, no idea what we're doing, no realism about the world around us, and a repeated habit of creating pointless artificial timetables, to satisfy short-term political pressures, which undermine our own negotiating position.

They call this patriotism. But it is precisely the opposite. It is the sabotaging of the national interest in order to further the interests of Boris Johnson.