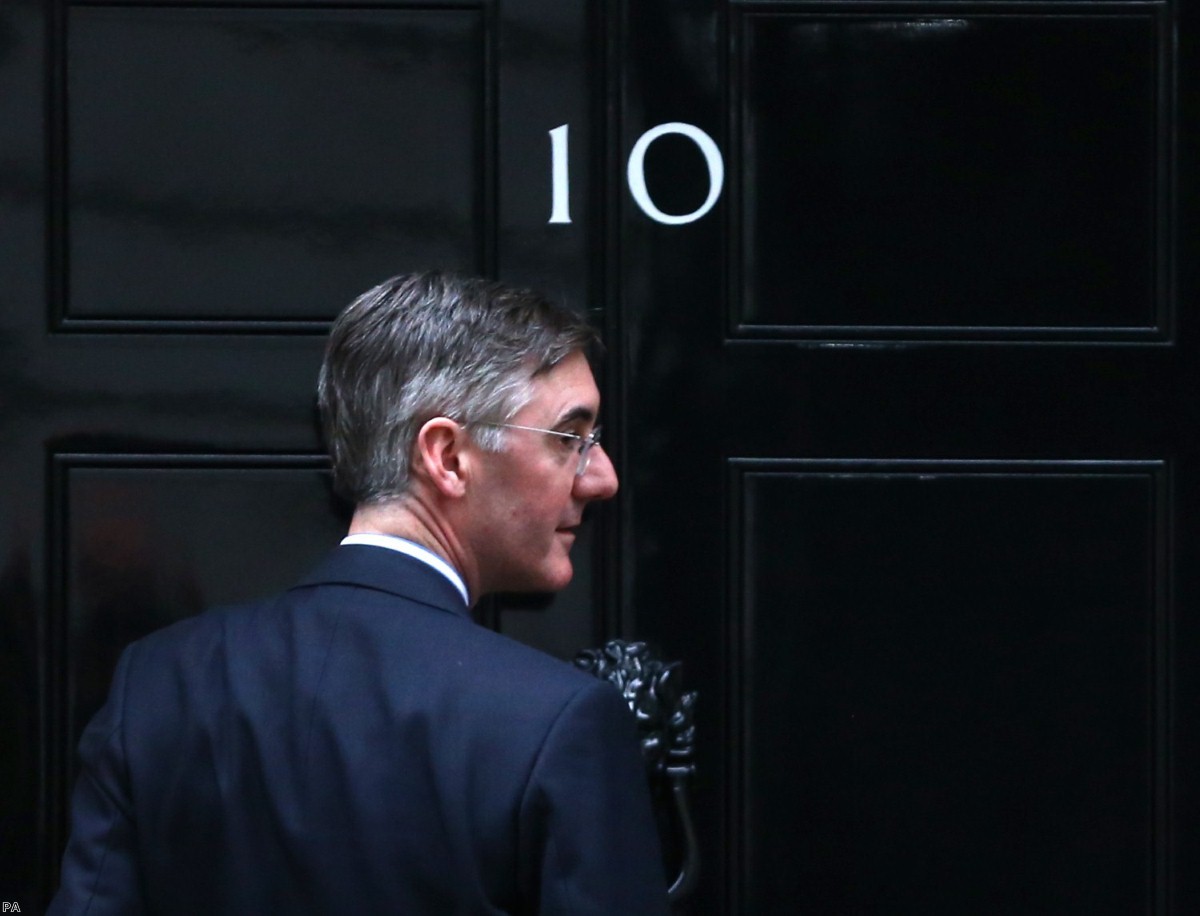 Wave of scandal: The Tory party is becoming a sewer

As far as elections go, the Tories are not having the best of starts. They're launching their formal campaign today, while being buffeted by multiple scandals.

It's all yummy journo food. Reporters can tell when the number of scandals starts to reach tipping point, or the exact moment when the omnishamble threshold appears to be reached. We're getting there already.

But it's not really the number of scandals that matters. It's the quality of them. There's something tremendously revealing about the stories dominating the front pages.

"The tragedy of the modern Labour party under Jeremy Corbyn is that they detest the profit motive so viscerally… they point their fingers at individuals with a relish and a vindictiveness not seen since Stalin persecuted the kulaks," Boris Johnson wrote for the launch of his campaign. He delivered it, in that incredibly weird semi-privatised way he has, to the Telegraph, his former employer.

Millions of kulaks were killed during collectivisation in Soviet Russia. They starved to death, or were worked to death in labour camps, or simply outright murdered. They died from scurvy, or pellagra. Many literally rotted alive. Young men, yes, but also countless old people, women and children. We will never know exactly how many. Contrary to Johnson's statement, they were not killed as individuals. They were liquidated as a class.

Maybe it's old fashioned to care. Maybe Johnson was just reaching for something that made him sound well-read and hoped that the exotic comparison would make the accusations against Corbyn more memorable.

But it is grotesquely inappropriate to make this comparison. The murder of the kulaks was one of the greatest crimes against humanity in history. It is not there for the Conservative party to make a little electoral leeway.

If that alone had taken place over the last 24 hours, it would have been enough. But it was barely the tip of the iceberg.

Jacob Rees-Mogg claimed people with "common sense" would not have followed official instructions to stay in their home during the Grenfell fire. He looked at LBC presenter Nick Ferrari and noted: "I think if either of us were in a fire, whatever the fire brigade said, we would leave the burning building." In other words: People like us wouldn't be so stupid. Only the poor are that stupid.

Soon afterwards, the Tory MP Andrew Bridgen seemed to corroborate that assessment. Radio 4 presenter Evan Davis put to him the following proposition: "He is, in effect, saying 'I wouldn't have died because I would have been cleverer than the people who took the fire brigade's advice'."

There was a long pause, and finally, having thought about it, Bridgen answered: "But we want very clever people running the country, don't we, Evan?"

And suddenly a whole other world of private conversations opened up, which you never had the poverty of imagination to think possible. One in which Conservatives would sit together and loftily dismiss the reasons for Grenfell, and confide in each other that the real reason so many people burned to death was because they were too stupid to leave. This, after all, is where Conservatism goes when it is unchecked by moderation or its better instincts. It starts by harbouring thoughts that the poor are poor because they deserve it. And ends by harbouring the thought that they are dead because they deserve it.

As he was saying it, the Tory party was trying to kill the scandal over a doctored video it had put out about Keir Starmer.

The shadow Brexit secretary had a rough time on Good Morning Britain yesterday, trying to explain Labour's Brexit policy. The Conservatives then put out a video in which the final answer had been changed. In reality, he had been asked a question and answered it immediately. In the edited video, the answer had been replaced by a clip of Starmer sitting in baffled silence.

It was pure, 100%, prime-time fake news, an amateur-hour version of a deep fake, put out by a mainstream British political party.

That was the first lie.

Then the party tweeted out a message saying: "There have been some enquiries about the veracity of Keir Starmer’s interview this morning where he was unable to explain Labour’s plan to delay Brexit. Believe it or not, this car crash interview did really take place." It linked to the original video rather than the doctorered one. That was the second lie.

Conservative party chairman James Cleverly went on TV this morning to insist that "we needed to shorten the video". That was the third lie. It was not shortened. It was doctored. Lie after lie after lie.

And even this doesn't cover what the party has been up to in the last 24 hours. There's also Welsh Secretary Alun Cairns, who is facing calls to resign after his aide collpased a trial by making claims of a rape victim's sexual history. There's chancellor Sajid Javid, raging away because the civil service is refusing to be co-opted into the Conservative party's election operation by publishing a cost analysis of Labour's spending plans. And there's the extraordinary sight of the prime minister stopping publication of an intelligence and security committee report on Russian interference in British democracy right before an election.

Yesterday, a series of departing MPs made their valedictory speeches in the Commons. One after another, moderate Tories rose to announce their retirement. Many had already gone – either purged in the no-deal battle, or drifting off to support the Liberal Democrats. The rest simply don't want a part of it anymore.

One of them, David Lidington, made a last minute appeal to those who would come after him. "I hope the next parliament will make a deliberate effort to avoid the language of traitors, of betrayal, of vermin, of enemies of the people," he asked.

But there's a fat chance of that. The entire moderate wing of the party has fallen away. And now we're seeing what happens to a party – any party – that dedicates itself only to one of its extremes and jettisons those who doubt, who question, who reach across the aisle.

The Tory party is becoming a sewer. If you audited a company with this kind of 24-hour record, you'd conclude that there was a fundamental cultural problem in the organisation and that it required root-and-branch reform. The same is true here. But it's not going to happen.

This is just the start. The campaign will get worse from here.