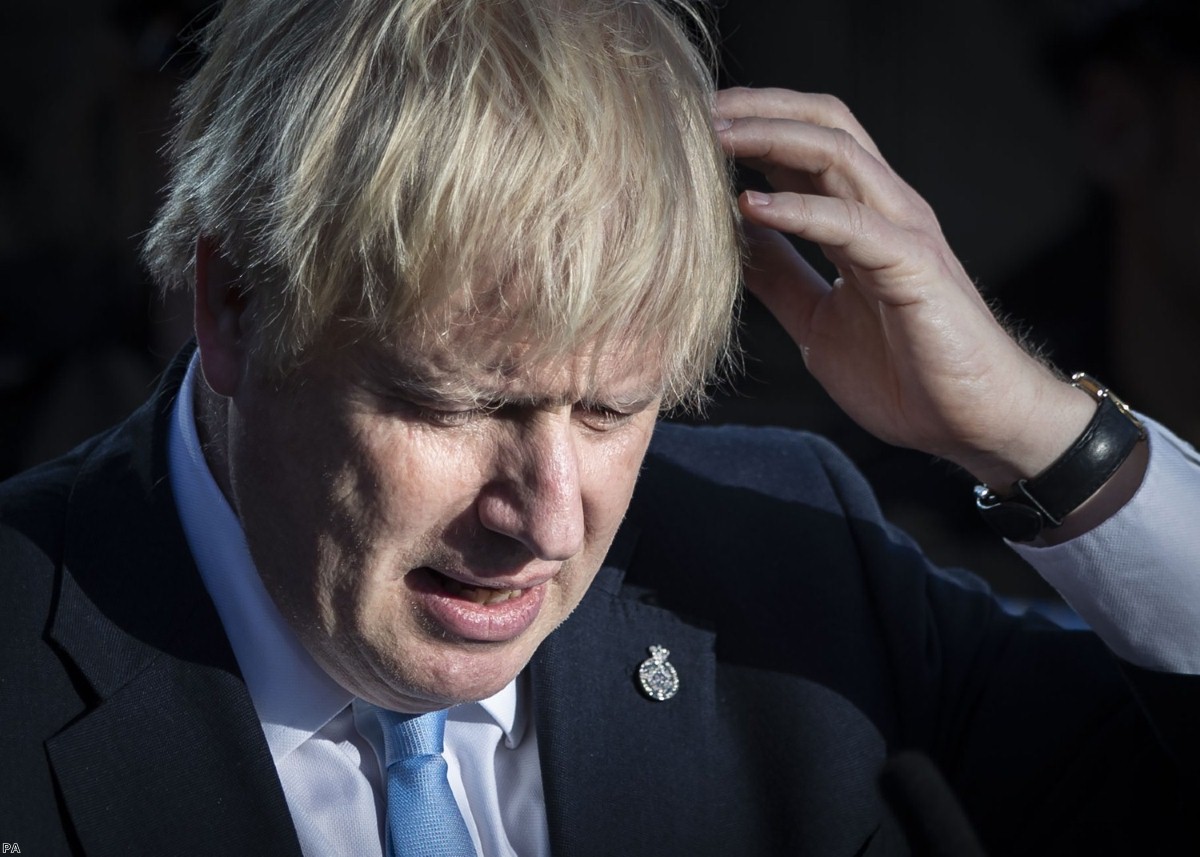 Johnson’s nightmare: This is not how it was supposed to go

This isn't what was supposed to happen. He was Boris Johnson, the darling of the speaking circuit, adored on the Conservative fringe. He was supposed to arrive in power ready to steamroller over everything that stood in his way.

People loved him. He would make them laugh. They would indulge him in a way they wouldn't other politicians. Behind the smiles, there would be Dominic Cummings. Bad cop. He'd read all the long blogs. He would game theory their mutual enemies into oblivion.

You can see the flow chart now. They'd dismiss parliament. If parliament didn't fight back, he got his way. If it did, he could come out and demand an election, at a time when he would be best placed to cannibalise the Brexit party vote and make use of his new-prime-minster poll bounce. Most of the press fawned over him. He was one of life's winners and now he would win at the highest possible level.

But today he cut a bruised, subdued figure. Nothing was falling into place. The strategy wasn't working. Parliament hadn't submitted. The Tory rebellion his attack had prompted, and his savage response to it, meant he was now head of a minority government, with little to no power. Then Labour had failed to take the bait for the election. A law is about to come into force which would force him to extend Article 50, an action he has promised he will never do, leaving him with only bad options.

And then this morning his brother quit.

Jo Johnson has had a strange Brexit. He was a minister in May's government until he suddenly resigned last November and came out for the People's Vote campaign. But when his brother started looking like he was going to win the leadership, he faded into the background. Then his name appeared as universities minister as the new administration was formed.

But now he had had enough. "In recent weeks I've been torn between family loyalty and the national interest," he said. "It's an unresolvable tension." He resigned as a minister and said he'd step down at the next election.

If you had tried to construct a worse development for the prime minister using only your imagination, it honestly would have been difficult to top this. It came on the end of a series of humiliations, in what must surely be the worst opening week in parliament for any British prime minister in modern history. It introduced an Ed-versus-David-Miliband level of familial tragedy to the whole affair, which has the capacity to cut through with the public more effectively than a hundred Standing Order 24 debates.

And it said something really quite startling and profound. Jo Johnson considered the "national interest" to be so under threat that he wouldn't even serve under the prime minister. If his brother thought that, then how could any other waverer come to a different conclusion? This was not the result of some long-gestating vendetta. He had been prepared to work with him just a few weeks ago. It was simply devastating.

The Tory leader had an event planned in Yorkshire in the afternoon. In all likelihood it was originally intended to be the launch of his general election campaign but it had now been downgraded to… well, whatever it was.

As ever, he'd been taking notes from the Donald Trump playbook. Like a straight-to-video V for Vendetta knockoff, he staged it so that he would speak in front of massed ranks of police officers. It was a grim spectacle, and not because of some anti-police prejudice. It was the sight of a prime minister politicising the police, using them as a backdrop so he could look tough on law and order.

He turned up late. So for an hour the massed ranks of police had to stand there, unmoving, bolt upright, waiting for him, so he could use them for political advantage.

When he finally arrived he looked shambolic, dishevelled, struggling to complete thoughts. He tried to create some light relief by attempting to remember the police caution. This is the sort of thing he used to do when speaking at corporate evenings – theatrical moments in which he appeared to forget the end of the joke he was telling or the name of the organisation who had thrown the event. It would always go down well. But the laughter wasn't coming so easily anymore.

He honestly just looked a bit mad. The sight of the prime minister spending what felt like several minutes trying to remember the words of the police caution was even slightly disturbing. Perhaps, if all the rest of his strategy were working, it would have been funnier. But given that everything was falling apart, it just looked like he had no idea what was going on.

Then the questions from journalists came. This was his first set speech followed by questions since taking office. Literally the second question he took was whether he was going to resign. The rest were predictably dreadful. He looked hurt and disoriented by the ones on his brother.

Then one of the police officers behind him seemed as if she was about to faint. She nearly collapsed, composed herself, then wobbled slightly. Johnson had kept her standing there so long that she was struggling to stay upright.

He turned to her and asked: "Are you alright?" As if in response, she folded and went down on one knee. And then, astonishingly, he turned back to the cameras and just kept rambling on, seemingly oblivious or uninterested in what was happening behind him.

It was a PR disaster of nearly Theresa-May-conference-speech proportions. But this time it was not the result of things the prime minister could not control, like letters falling off a wall. It was as a consequence of his own actions.

One of the central arguments made by Johnson's admirers when he was running to be leader was that he was one of life's winners. It is a preposterous phrase with no meaning whatsoever. But if such a thing does exist, it doesn't seem likely that it would look like this.