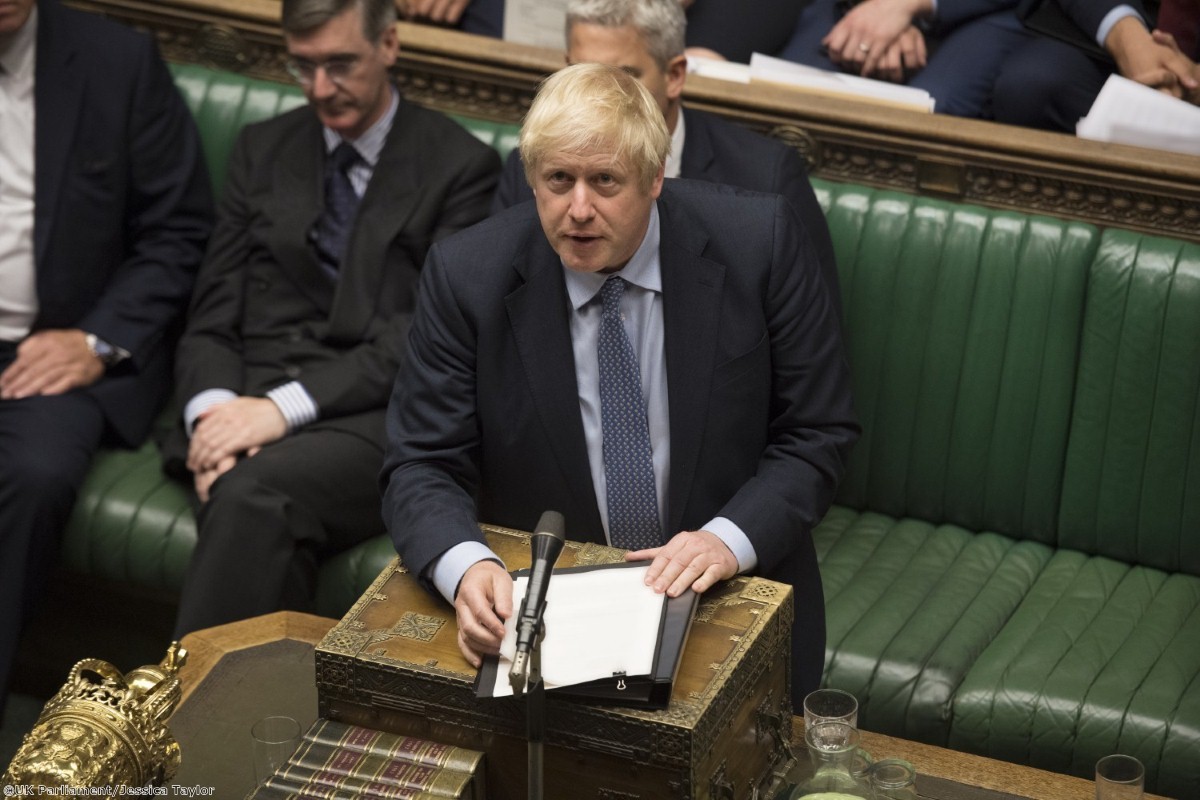 It's hard to imagine where he goes from here. Boris Johnson had clearly wanted an election. You knew he wanted it from the first time he said he definitely wouldn't hold one. Everything he'd done since the Tory leadership contest seemed to corroborate that, from testing Facebook ads, to finessing attack lines, to announcing policy measures on policing and education.

Most of the events during the summer seemed to fall in line with that strategy. He needed an excuse and he was fairly certain some development in parliament would provide him with one. But tonight he finally pulled the trigger and nothing came out.

He needed a two-thirds majority under the Fixed-terms-Parliament-Act. But Labour rejected the request. In the end the vote came in at 298 to 56, with the opposition party abstaining.

He lashed out as best he could. "I can only speculate about the reasons for his hesitation," Johnson said of Jeremy Corbyn. "The obvious reason is that he doesn't think he will win."

But in truth, he seemed completely stuck. What could he do now? He has no majority. It left with Phillip Lee to walk across the floor of the House yesterday, and then bottomed out into the centre of the earth when the prime minister withdrew the whip from the 21 Tory MPs who rebelled against him in the emergency debate which followed.

The ensuing legislation shuttled through its stages in the Commons today. Brexit-supporting peers will try to kill it in the Lords, but the chances are pretty good that it can be secured by the end of the week or the start of the next.

It would force the prime minister to extend Article 50 by October 19th if he doesn't get a deal. Johnson has promised he would never do that. But what avenue does he have if he cannot fight an election before then? To break the law? To resign? Neither option can seem particularly attractive.

Politics now becomes an extremely delicate game of strategy, conducted to impossibly high stakes. Labour has spotted the trap and does not want to fall into it. But it also knows that it will be vulnerable to the argument that it is frightened of going to the country. How long can it withstand?

If it goes too quickly, it hands Johnson exactly the thing he wants: to go for an election while he still has a bounce, with a pre-prepared parliament-versus-the-people message, while being sufficiently mercurial on no-deal that he can neutralise the threat from the Brexit party.

Allowing the vote to happen before late October would also fail to prevent no-deal, because a new Johnson administration would be in place in time to deliver it.

"The offer an election today is like the offer of an apple to Snow White from the wicked queen," Corbyn concluded. "What he is offering is not an apple, or even an election, but the poison of no-deal. Let this bill pass and gain Royal Assent, then we will back an election."

On the face of it, this seemed ruinous. The bill will probably get Royal Assent in the next few days. If Corbyn then immediately accepted one of Johnson's requests for an election, it would take place before late October. A Johnson majority, if he got one, could then be used to repeal the rebel legislation and secure no-deal.

But there was a little more wriggle room in there than that. Saying he would "back" an election is not the same as saying he would activate it. Could he block an election during the tiny gap between Royal Assent and prorogation starting? He'd then be clear for the next five weeks, with Johnson's own plan to silence parliament now working against him.

Or perhaps a no-confidence vote could be used. This would start a 14-day period in which to try and form a government, either through himself as prime minister or someone like Harriet Harman. They could then extend Article 50 and then hold an election. And importantly the process would kill more time.

There is space to work with in Corbyn's statement. It's still not clear which way he'll go. And there's a sustained effort from within the Labour party to stop him falling into Johnson's trap.

But that goes both ways. This week showed just how badly Johnson could be made to squirm in a trap made of his own misjudged strategy. He looked increasingly like he was being damaged and weakened. If that pressure seems to be having a serious effect, it will hold Corbyn back.

Either way, we'll probably know how it pans out by early next week. The result could decide which way the Brexit story finally ends.