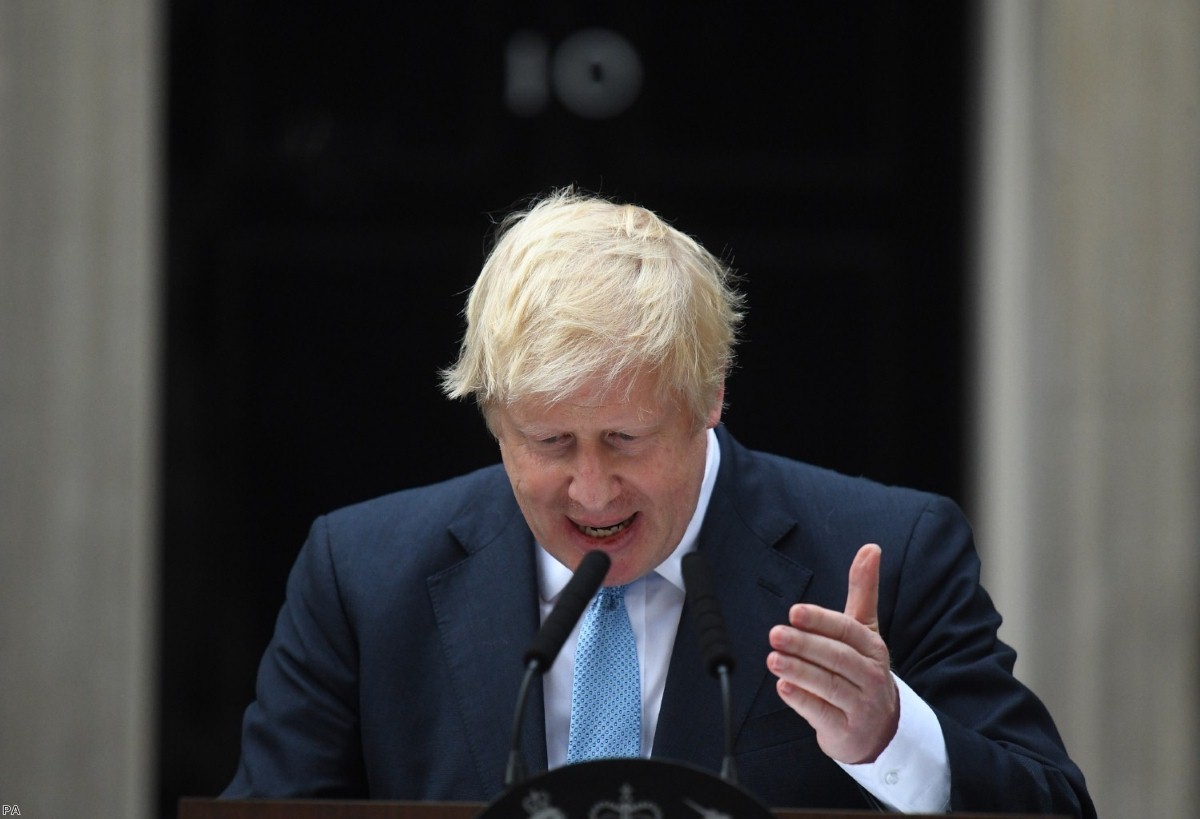 Strange sense of deja-vu. A new prime minister, but the same old tactic.

Boris Johnson decided to make a statement outside No.10 this afternoon. We waited. There was fevered speculation about a general election. Then he came out, dabbled in a bit of parliament-versus-the-people rhetoric, and by the end of it nothing had changed. It was like Theresa May all over again.

There was, underneath the bluster, a message to Johnson's statement though. It was a pretty clear threat to hold a general election.

Minutes earlier, rebel MPs published their legislation to stop no-deal. It was a tightly worded bill which went out of its way to give parliament power over the Brexit process.

It was relatively moderate. In reality, which is not really a realm we dabble in much anymore, it allowed the government to deliver no-deal if Johnson could get the Commons to support it. That option was still there.

If it wouldn't, and he didn't secure an agreement with the EU, he had to ask for an extension of Article 50 by October 19th. The extension was to last for three months, until January 31st 2020. It seems short – and it is. But rebels know they need the broadest possible range of support, including from nervous Labour MPs with Leave seats.

If the EU offered an extension of a different date, he had to accept it, unless – and this was crucial – MPs decided to reject it. So even there, right at the end of the process, there was a chance to reject the offer and go for no-deal, if parliament agreed.

Today, he made it pretty clear that was exactly what would happen. "The chances of a deal are rising," he said. This was false. It was telling that almost as soon as he started talking what he said was almost entirely misleading.

MPs trying "to cancel the referendum" were holding Brussels back from doing a deal. And then came the clincher. Whatever happened with the rebel legislation, he wouldn't obey. "I want everybody to know – there are no circumstances in which I will ask Brussels to delay."

So there it was, he was threatening an election.

It was quite a sad spectacle. The prime minister was hard to hear over the chants of protestors outside. He had nothing to offer but lies. The negotiations are a nonstarter, there has been no progress. And even on a broader level, his attempted image of a good-natured leader was a fiction, undermined by the savage and brutal threats made to his MPs behind the scenes.

But in truth, if you took a step back, it all seemed to be slipping away from him already. The message was tired. The statements could not be taken seriously by any reasonable observer. The tactic of parliament-versus-the-people had already been tried by the predecessor he did so much to undermine. She even tried an election campaign in a similar vein, in the optimistic hope that she could convert a Leave majority into a Tory majority.

It didn't work. And it's not clear it would work now either. Just before Johnson came out to speak, a new poll by the Conservative Group for Europe suggested an election next month would result in another hung parliament. It all felt eerily familiar.