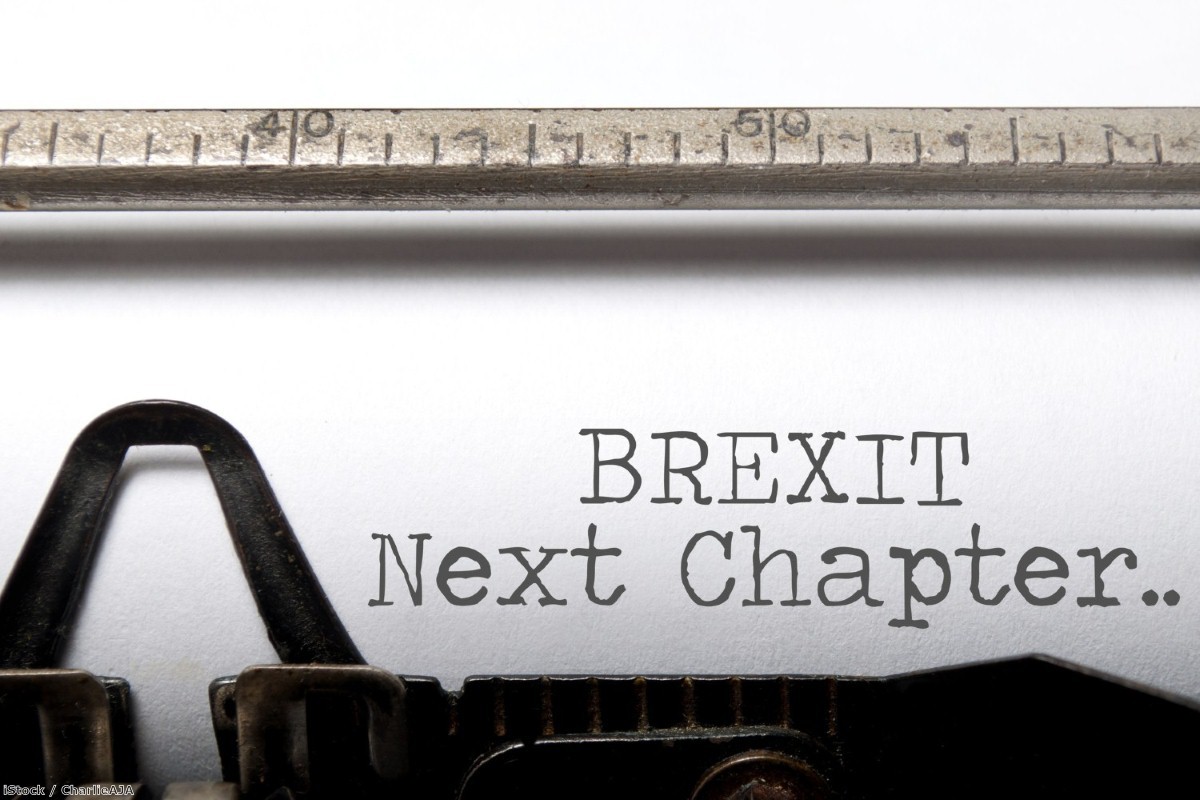 Week in Review: Radical truth in the Brexit lying game

We're approaching the endgame now. Work is taking place on the M26 to turn it into a lorry park in the event of no-deal. Theresa May is in the advanced stages of her final capitulation – on permanent customs union and single market membership – with a Cabinet that is likely to split before it accepts it.

If you thought the lies were bad already, they will only get worse from here on out. The EU will lie, May will lie, Labour will lie, and the European Research Group (ERG) Brexiters will lie most of all. They will all lie so that they can control the narrative. Countless foolish dreams are about to smash on the rocks and they will want to have the more convincing story about why it is happening.

If a deal is going to be passed, the EU will be engaged in a conspiracy of language with the prime minister. They will try to formulate what is happening in a way that means it can survive contact with the Conservative parliamentary party. They'll say, for instance, that the backstop proposal is finite until 'technological solutions' replace it. But they never will, because they do not exist. May will say that having the exact same tariff rate as the EU is a customs 'arrangement' or 'partnership' or something, but the reality is that it is membership of the customs union, albeit without the rights we used to enjoy of contributing to trade deal talks.

They will also talk of a 'common rule book', but this does not exist either. It is the EU's rulebook. The UK is merely promising to follow it. It is likely to do this on process as well as outcome. That is a massive handing over of day-to-day decision-making to the EU, where we will no longer have a voice in deciding what regulations to adopt or how they should be implemented.

The EU will probably be honest about the fact that the deal is not really a deal at all, but a base camp for future British concessions. May will certainly lie about this. She will say that goods and services can be separated in the single market. But they will not be. Brussels won't accept it. Paris and Berlin certainly won't. Her decision to sign up to process-and-outcome alignment on goods is just a precursor to signing up to it for services too. The deal will be done on the basis that the remorseless economic logic of trade will eventually drive the UK into full customs union and single market membership. All Brexit will achieve is to eradicate our voice at the continental level.

Meanwhile, Labour will mock both the deal and the state of the Tory party as it tears itself apart. But it would have faced precisely the same predicament in its place. Jeremy Corbyn's cowardly refrain that freedom of movement "will end" when the UK leaves the EU conceals the fact that it is his policy to leave the single market, rather than one imposed on him by the facts of Brexit itself.

Labour in power would have faced the same choice as the government – that staying in the single market would have meant retaining free movement. And that is a freedom they have been singularly unwilling to defend. They weren't as fussed by May's red line on the European Court of Justice, but had their own nonsense limitations on state aid. Ultimately, they'd be in a similar place. So every utterance of condemnation, every accusation of incompetence, is a brazen act of hypocrisy. Not only would they have found themselves in the same pickle, but by being so self-interested in their criticism they failed to push the government to a better course through responsible opposition.

But the greatest lies will all come from the ERG Tories. They have had two years to propose a credible plan for Brexit.  They could not have asked for a more pliable media, or a more generous political culture, in which to issue their mewling tantrums. They were able to attack any compromise position without being asked what they would do in its place. They were able to constantly propose no-deal Brexit – or a 'world trade deal' as they laughably tried to brand it – without being interrogated about the damage it would do the UK. Rarely could any political campaign have been so steeped in attempts to mislead the public.

At no point has anything ever been their fault. Even when the aggressive time constraints of Article 50 dominated the Brexit process, they did not admit that it was lunacy to have triggered it, or that doing so without a plan amounted to a supreme act of patriotic irresponsibility. When their assurances that Britain could have full access to the single market but also an independent regulatory system were shown to be false, they blamed the EU for being inflexible. When they were forced to legally establish their promise about a frictionless border in Ireland, they said the Europeans were trying to turn us into a vassal state. When David Davis was defeated on every single battle he tried to wage with Michel Barnier, they blamed Remainers for failing to get behind the government. They're like a doomsday cult leader. Every apocalypse date which passes, annihilation is simply recalculated to take place a few years in the future. No-one blinks an eye.

There was always someone else to blame for the demonstrable inadequacies of the actions they demanded we pursue. And now things are about to get much worse, so the lies will have to be ramped up.

If there is a deal, it will involve the UK becoming a sidecar to Brussels: entrenched in its regulatory and tariff system without a role in setting it. It is quite possible that, like the backstop limitation sleight of hand, this situation will last forever.

That will create a bitter sense of disappointment and anger. Our immediate quality of life will be safeguarded, but the economic vitality of Britain will gradually seep away as more and more companies start basing themselves where the decisions are made. Britain will have lost its seat at the table and with it the role as bridge between the US and Europe, and as ringleader for liberal economic and social values on the continent.

Or there will be no deal, either in Brussels or back in the Commons. And then the outcomes become truly appalling. The patient has a heart attack rather than just bleeding out.

ERG Brexiters will blame Europe, they will blame Remainers, they will blame immigrants. We are facing a serious reduction in our material circumstances amid a throbbing right-wing populist soundtrack. That is an extraordinarily dangerous mix. In these scenarios, truth-telling becomes a radical act.

Previously tedious statements of fact become morally meaningful: The EU offers either single market membership or a standard free trade agreement and it was up to Britain to choose. The backstop was merely a legal expression of the Brexiters' oft-stated promise to make the Irish border frictionless. Totally borderless trade requires shared regulation.

There is nothing particularly interesting about these types of statements. They are the kind of thing you'd find in a GCSE textbook. But they constitute the political, legal and economic dynamics which explain the current situation and the difficulties we're about to face. If we do not ground the debate in them now, those responsible will find far more dangerous terrain.