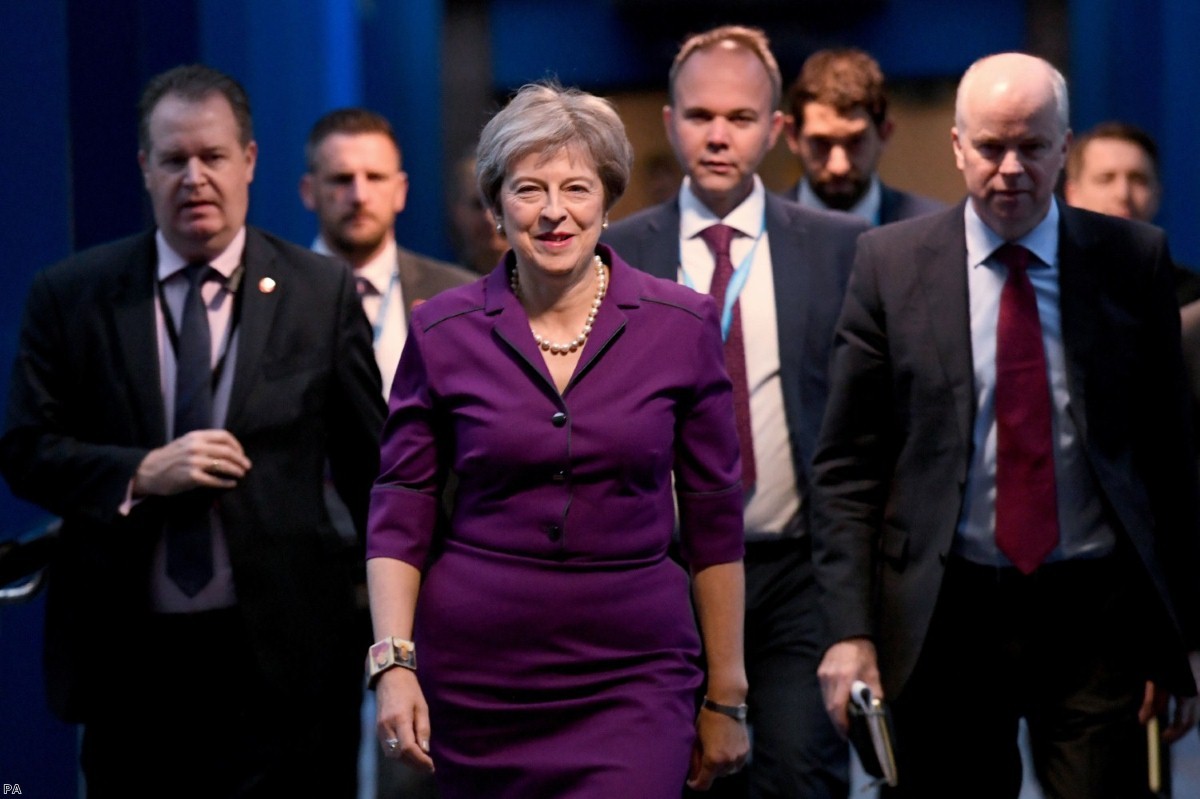 It's the pride that gets you. The pride in the way Theresa May says she's ending freedom of movement, like it's some kind of accomplishment.

It's not just her of course. Politicians act like this is a universal creed, like not a single person in this country supports free movement. The Tories can never bear to say anything positive about it. Jeremy Corbyn, who left wing supporters claim is some kind of latter day saint, cannot bring himself to defend it. Even Vince Cable, who leads a party which literally has the word 'liberal' in its name, wrote an article demanding we stop it.

No-one says a word about the Brits who have used freedom of movement to start a new life overseas, many of them people on modest incomes who got to have a retirement their parents and grandparents could never have dreamed of. No-one talks about how we're stripping their children will be denied this opportunity. No-one says anything about the young people who could seek work across a continent without requiring employers to undertake a massive investment in bureaucratic form filling.

No-one mentions the couples from different countries who were free to live with one another, without having to worry about income benchmarks, and stamps in passports, and the deadening experience of thick visa applications, stuffed with every bit of proof they could find and costing thousands in lawyers fees, all so it could be handed in to an anonymous immigration official who rejected it on instinct. No-one mentions the future we're stealing from younger people, a future in which they had an entire continent to explore and who have now, against their will, been strapped down to just this little island because of the small-mindedness of their elders.

And certainly no-one mentions the European citizens who live here already, who never asked for any of this, who never got a vote on it, who are told to be grateful because they are now offered the chance to keep what they had in the first place after two years of uncertainty, whose entire relationship with the country has been poisoned and upended by the selfishness with which they've been treated.

Not a bat squeak of any of that. Just the damnable tedium of small minds producing short-sighted policies, with no imagination, no curiosity, nothing but the desire to close doors and raise borders, just like their populist allies in the White House, and Hungary, and Poland, and Italy. The ultimate victory of the perpetually insecure.

The timing of May's announcement speaks volumes. The decision to unveil parts of her post-Brexit immigration system at the Tory conference shows what her priorities are. They certainly are not those of the country. They are of the party, or rather her place in it.

Two years ago, she announced she would trigger Article 50 at Tory conference, and impose red lines on free movement, the European Court of Justice (ECJ) and, bizarrely, food labelling. This was considered some kind of masterstroke because it boosted her popularity at an event in which she was anyway not facing any serious challenges. Since then, it has been her undoing. Article 50 is a punishment mechanism she imposed on herself, giving her negotiating partner huge leverage on the basis of an impractically narrow time window. Her demands on free movement and the ECJ have radically restricted her room to manoeuvre during talks.

Not only has she not learned any lessons, but she has done the exact same thing again today. Announcing tough new immigration policies wins her support in the Tory conference hall, but it will undermine her negotiating position in the months to come. She has seemingly ruled out a preferential system for EU migrants after Brexit. This was one of her few bits of leverage to secure some level of single market access. Now she has tossed it away, for some light applause which will be long forgotten by the time the consequences become clear.

Not only is the timing of announcement self-harming, but its contents are too. It is a solution to a problem which does not exist. Even the Migration Advisory Committee report which recommended May block low-skilled migrants coming to the UK was unable to find any evidence to justify its conclusions.

It found immigration made no difference to UK employment outcomes. It was not a major determinant of wages and any decrease that might have happened was outweighed by the 1.7% increase in prices following sterling's collapse after the Brexit vote. Immigration reduced the price of services for British consumers. It drove up productivity – the great weakness of the British economy – and especially innovation. Despite years of anti-migrant campaigners insisting that immigration was used as a substitute for recruiting and levelling-up British workers, it found no evidence of a negative impact on UK training. Immigrants paid more in tax than they took out in benefits.

The list went on and on. And then at the end they suggested we adopt one of the most draconian immigration policies in this country's history anyway, because they knew as well as anyone else that that is what politicians have already decided to do. Reality is not allowed to impinge on the immigration debate. Facts are as welcome as refugees. It's people's 'legitimate concerns' that matter. We are lost in a sea of nonsense – the original fake news. Politicians act like it's some kind of problem, but of course they helped design the system.

This is what happens when you take an economy and make it contingent on satisfying the shrivelled-up emotional desires of Little Englanders. All of us are going to pay the price, in higher prices, declining national finances, workforce shortages and plummeting funding for public services. But apparently it's all worth it because too many people came over who spoke funny.