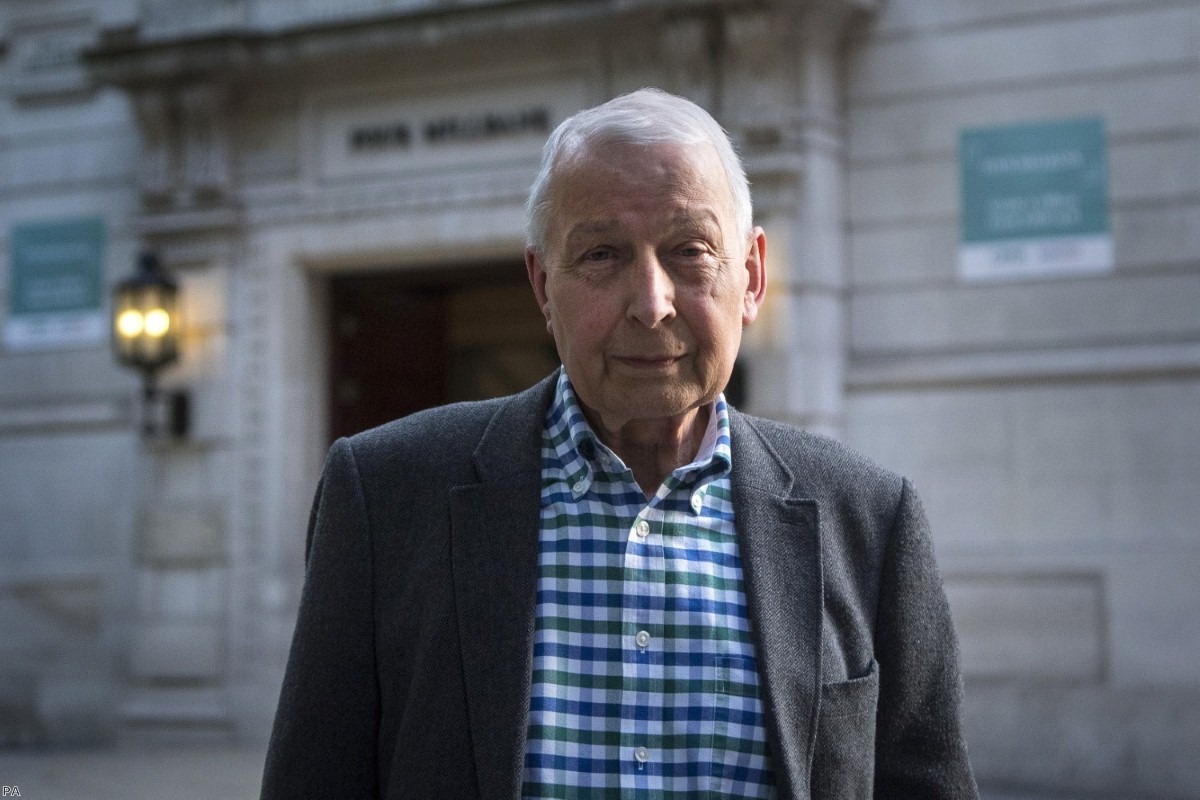 It was always hard to know what to make of Frank Field. Whatever you think of his views – they are mostly appalling – he has a commendable independence to the fact he holds them regardless of party policy. It's just never quite clear if he is really a maverick or if he sees his natural constituency as a glowing news-in-brief in the Sun newspaper. He tends to waft through parliament, rather than walk, as if propelled by self-importance. But in that he is not alone, nor even particularly unusual.

We were not expecting him to be the big break from the parliamentary Labour party. All summer, the rumours have been of centrist Remainer splits – the Chuka Umunnas and Wes Streetings of the world. Field comes from the right of the party on most issues, especially welfare and immigration, and is a staunch Brexit supporter. But his parting shot yesterday was on-point.

The party, he said, was becoming a force for anti-semitism. "Britain fought the second world war to banish these views from our politics, but that superhuman effort and success are now under huge and sustained internal attack. The leadership is doing nothing substantive to address this erosion of core values. It saddens me to say that we are increasingly seen as a racist party. This issue alone compels me to resign the whip."

He also took aim at the bullying and intimidation Labour critics of Corbyn face on and offline. Field recently lost a local party confidence vote after he swung his support behind Theresa May during a crunch Brexit vote.

There is a reason it is Field going now and not one of the Remain figures. When the final Brexit deal comes back to the Commons, he will want to vote with the government and his party will almost certainly vote against it. This frees him up to do exactly that. He'll have lost the requirements of party membership in a period defined by sudden changes in political identity.

Field's decision not to take the whip could have important Brexit implications. At some point, using some contorted form of language, May is going to capitulate on the Irish border. There'll then be nothing stopping a deal. Jacob Rees-Mogg's European Research Group (ERG) make a lot of noise but they'll probably back the proposal in the end because it secures Brexit – and then try to sabotage it from outside the EU. The DUP probably will not. That leaves just a handful of votes in it: Labour Brexit votes. Frank Field, along with Kate Hoey, Dennis Skinner, John Mann, and a few others will be key to that process. In that scenario, all things considered, it is easier to be free of the whip.

The same is not the case for Remain Labour MPs. The party will probably vote in the way they want – against the deal. Their demands are for the leadership to adopt a tougher position still and to actually scrutinise and oppose the government's agenda. But given that the party's drift is towards ever-more Remain positions, it makes much less sense for them to leave, at least until March 2019. After all, no matter how optimistic you are about a new centrist party, it's not going to be taking over government before Brexit Day.

After that, however, there is precious little reason to stay. The fight to get Labour to adopt a coherent position on Brexit will be over, with little to really show for it. Corbyn will still be Corbyn, with new videos constantly emerging of him praising or sitting next to some terrorist or other – none of them enough on their own to unseat him, but all adding up to the undeniable conclusion that there is some serious faulty wiring in his ethical satnav. He will still be sending people like Chris Williamson out to defend him, and they'll still engage in the kind of slovenly and obscene double-think which last night saw him brand allegations of anti-semitism "grotesque slurs" while pretending the party is doing something about them. The Corbyn supporters online will still deal in the worst kind of moral relativism, excusing whatever is done by their tribe and attacking whatever comes from outside it in the most hateful terms imaginable. The local parties will still be full of pound-shop Stalins, scheming away on the basis of an ideological grand narrative no-one will ever understand or care about.

Field's behaviour is less interesting for his incentives than it is for an instruction in how other concerns about Corbyn are refracted through the requirements of the Brexit timeline. This is how a Corbyn critic behaves when they don't need to stick around for the final vote. Soon enough, everyone will be in that boat. And then Corbyn might really be in trouble.