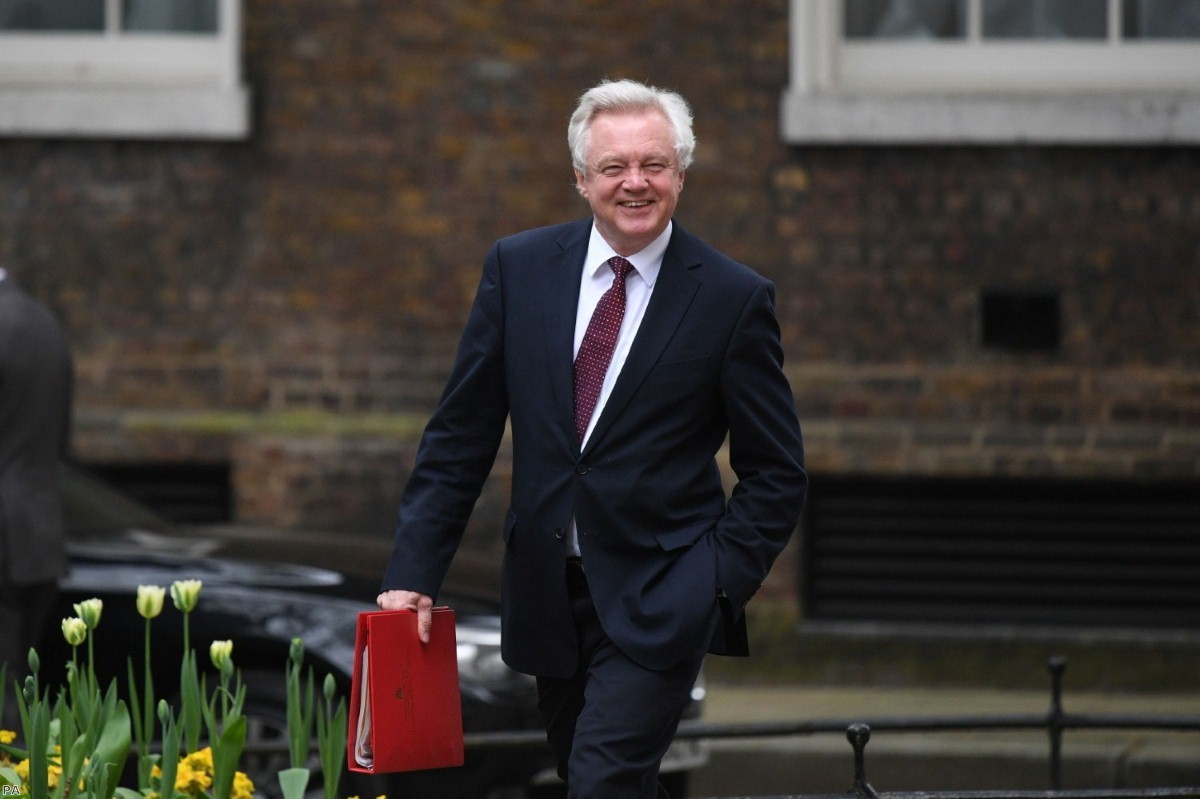 Eskimo languages supposedly have lots of words for snow. Brexit language should really develop more for the notion of wasting time. For over a month now, ministers have been locked behind closed doors, in ever more ludicrous 'war Cabinet' formations, trying to decide on whether they will pursue a 'customs partnership' or technological solutions – shortened to 'max-fac' – to the Irish border question.

There was never any point to this. Both ideas had been rejected by Europe – they would be rejected by any responsible economic operator – and were anyway completely impossible. But weeks were spent thrashing them out anyway, as the Article 50 clock ticked down. Now they have disappeared.

Today's edition of the Sun has a scoop, if you can call it that, on some new ideas from David Davis' department. The customs partnership idea is dead. It is "going nowhere" a senior figure has told the newspaper. That's not really surprising. Brussels thought it was risible, Remainers thought it was crazy, and Brexiters hated it too because they feared it was a Trojan Horse for full Customs Union membership (it wasn't).

Instead, there is a new idea for the so-called max-fac model, where technology will be thrown at the problem to make it go away. The new idea for the model is to kill it. Davis was "persuaded to abandon a technology-based solution to keep the Irish border open". This is branded "a major revision of the 'maximum facilitation' option". It's like a doctor leaving an operating theatre where someone has died and informing relatives that there has been a 'major revision' to their loved one.

"Max-fac doesn’t look like anything it used to for Northern Ireland now, because the technology has been stripped out," a Whitehall source told the newspaper. "But it doesn’t matter what we call it as long as it works, and we think it will." You could buy these ministers a biscuit and sell them a Mercedes, they'd be none the wiser.

So far, we have two dead unicorns. But fear not. A wizard has arrived to bring new ones to life.

Instead of the old models, Davis is apparently going to create a "double-hatted" regime of joint EU and UK regulation in Northern Ireland. In addition, there will be a ten-mile "buffer zone" to remove the need for a border.

What the first part means is anyone's guess. Different factories producing products to different specifications? Nutritional information printed in two different formats? Genetically modified crops simultaneously banned and not banned, in some sort of Schrodinger phantom zone? Perhaps the death and rebirth of the max-fac option has persuaded ministers that all of objective reality is a myth. All things can exist and not exist at the same time.

The idea of a buffer zone has marginally more sense to it. Some customs borders, like Norway-Sweden, use this, operating slightly into each other's jurisdictions as part of an intelligence-sharing approach. But they are in the same regulatory zone, by virtue of the single market membership Brexiters have rejected. And even here, after years of cooperation and shared regulation, there is still a border and lorries are still stopped.

Finally, even if all these points were not true, the plan would not be accepted by the DUP or the EU, because it still involves a border either in Ireland or in the Irish sea. Or perhaps both, given the weird nature of the proposal. So it doesn't actually do the thing it is supposed to do, even though its authors have broken the laws of causation, logic and language in order to create it. It is impossible and pointless, simultaneously. It's like dreaming up a new superhero to fight crime and giving him the power of sitting down.

So again, another week passes, the timetable shrinks a little further, and the signs of failure become ever-more obvious. It should be deeply alarming to see a government department release this kind of material. It indicates that they have run through the period of in-fighting and despair and are now simply desperate.