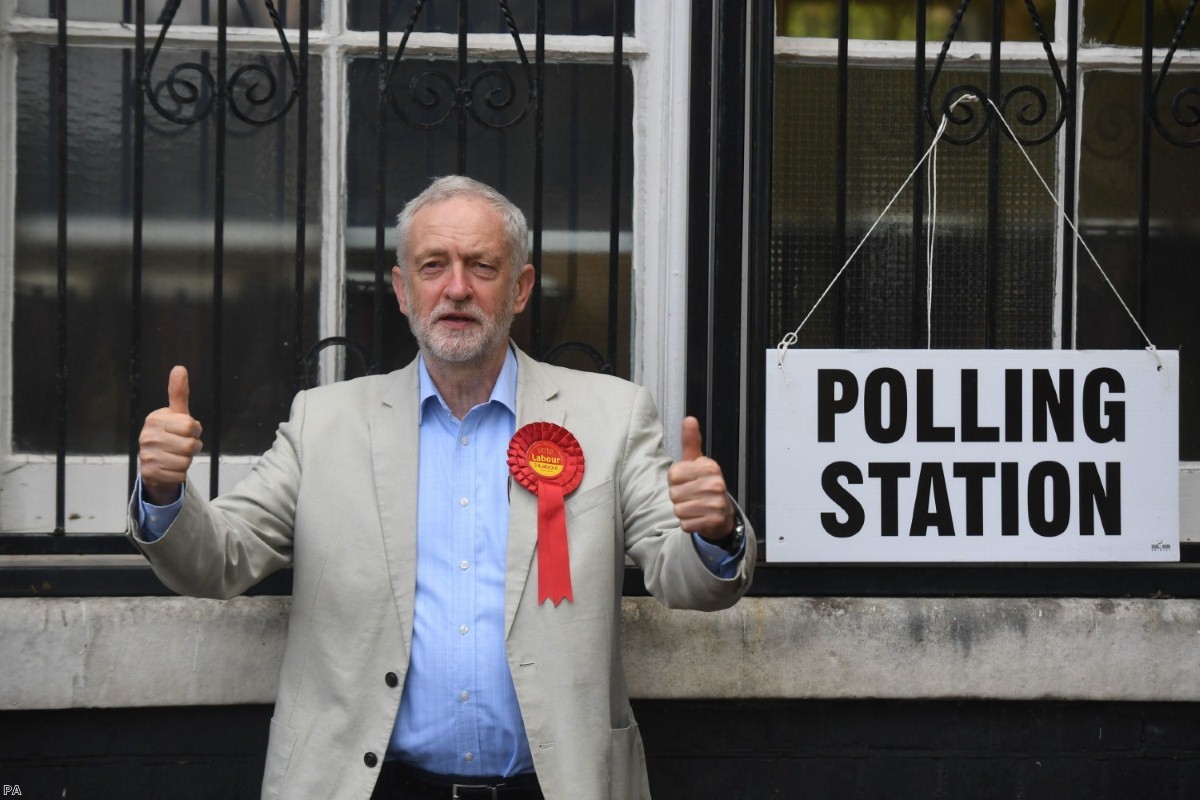 Week in Review: Don’t write off Corbyn yet

There are a lot of political commentators who are keen to write off Jeremy Corbyn. They run from the centre-left to the hard right, from Remainers who feel betrayed by Labour's Brexit support to Brexiters who feel the party is too soft on the issue, from those outraged by the anti-semitism scandal to those aghast at Labour's flirtation with Putin-orchestrated conspiracy theories about  events in Salisbury and Syria. Then there are all the people who have encountered his supporters online and concluded that there must be something rotten in the project as a whole if that is the type of person he attracts.

The Labour leader has a ready-made army of people who want him to do badly, mostly for good reason. And today's underwhelming local election results provide plenty of evidence that he cannot challenge the Tories. His support holds – it is solid – but he can't secure a breakthrough. A general election now would probably see the Tory majority chipped away at, but Labour only able to govern in coalition with other progressive parties, in such an unstable formulation that it couldn't hold for long, if they could even set it up in the first place.

But think back. Labour did pitifully in the May 2017 local elections, falling four per cent while the Tories rose eight per cent. A month later Corbyn was being credited with securing a much-better-than-expected general election result which deprived May of her majority.

So what's the difference? There are countless motivations in general elections and even more in locals – the results are reflected through a prism of local issues, local connections, local parties, national politics and national issues. It's a mess, and the scramble afterwards to come up with one narrative explaining it all does no justice to what really happened. But there is one major difference between local and national elections: local elections get hardly any broadcast coverage or mention online.

And it was in that national campaign in 2017 that Corbyn excelled. In a canvassers-only election, you get trench warfare of the type that leads to the stalemate we're seeing this morning. But where there is a national message – on TV and radio stations, online, through manifesto launch events and the like – he has the opportunity to shake up assumptions.

The Labour leader only really comes alive during elections – whether they are internal attempts to unseat him or national contests. The rest of the time he is on standby, crumpling his way into parliament each day to read out a series of political Hallmark cards about how morally pure he is and how compromised everyone else is. He isn't really interested in opposition or what it entails. But campaigns visibly energise him. And he is, much to the chagrin of most political commentators, very good at them. He seems natural, unvarnished and trustworthy.

We are in a unique historical moment in which the Tory leader has the precise reverse of the Labour leader's qualities. She has many faults, but she is specifically very bad at campaigning. Her performance last year was arguably the worst we've seen from any party leader in recent memory. Corbyn's humanity and natural behaviour in campaigns is highlighted in contrast to her.

Things look bleak for Labour this morning. The results are average, they are hammered by scandals on a daily basis, their polling continues to slide below the Tories. But the fundamentals haven't altered. Corbyn has strengths where May has weaknesses. General elections have a structure which favours his advantages much more than local elections do.

Today marked the end of the year-long self-congratulatory party that Corbyn supporters have been enjoying since the general election. But that's all it does. People shouldn't be too quick to rule out the Labour leader. We've been here before.