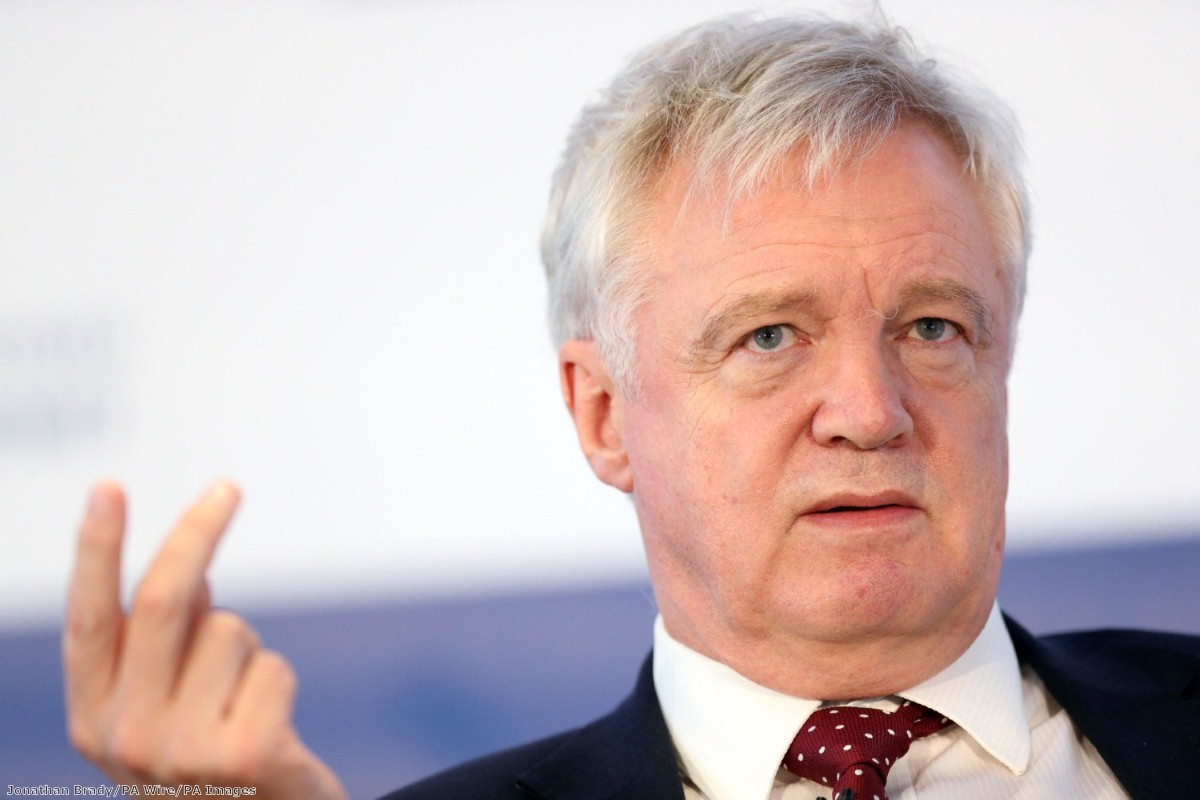 The Brexiters are coming apart at the seams

In the end, Brexit started to fall apart for precisely the reasons its critics said it would: it had no contact with reality. Wherever you look – whether it's Brussels, the WTO, or London – the process is led by people with no idea of what they want or how they might secure it.

On Monday, David Davis and Michel Barnier stood next to each other to deliver a press conference ahead of this week's round of Brexit talks. Within hours, Davis had fled back to London, his only achievement a photo of the British team looking ill-prepared next to their European counterparts. By the time the week was over, Barnier was damning the UK approach in precisely the type of dry, understated language we once used against states which behaved as irresponsibly as we now do ourselves.

"A clarification of the UK position is indispensable for us to negotiate and for us to make sufficient progress on this financial dossier, which is inseparable from the other withdrawal dossiers… As soon as the UK is ready to clarify the nature of its commitments, we will be prepared to discuss this with the British negotiators."

In other words, Davis had not prepared for the issue of the budgetary contribution the UK must make to leave the EU. There could be no negotiation because there was no British position.

Westminster is not quite denying this. Instead, it is saying that this week was about assessing the European position. This approach would apparently make it nimble in negotiation. These are excuses for not having done homework, magnified up to the level of international relations.

Over at the WTO, Liam Fox was making remarkable statements about his plans for our schedules. These basically describe your trading relationship with the rest of the world. Britain needs to extract its schedules from the EU. This is particularly difficult in the area of tariff rate quotas, because it involves calculating how many of the imports into Europe go to the UK and then calculating how much trade is happening between the EU and Britain. If you get this delicate, painstaking work wrong, you can face a series of punishing trade disputes with your importers.

This process requires smoothing things out ahead of time with trading partners. You need to do preliminary talks with leaders in each type of export – New Zealand for lamb, say, or Thailand and Brazil for poultry – so you can get them onside. And you should ideally try to do this in conjunction with the EU. That makes it a more viable proposition, prevents them initiating a dispute themselves and stops any bad blood from WTO talks seeping into the Brexit negotiations.

So it's troubling that Liam Fox, who has finally revealed his approach to this issue, plans to split the schedules unilaterally as a "technical rectification". It seems there will be no negotiation and no talks. There will be only a unilateral technical exercise by the UK.

"We're saying to our trading partners we want to ensure that as we leave the EU there is no disruption to your trade to your market access to UK," Fox told Sky News.

In practice, that will be very difficult to achieve. Exports fluctuate so much that a three-year average is unlikely to encapsulate their flow. Take mutton. In 2013, Britain imported 13,422 tonnes of mutton and lamb from the EU. In 2014 it was 11,719. In 2015, it was 7,611. Simply taking the average can still leave your trading partner out of pocket and provide a good reason for them to initiate a dispute.

This is a surmountable problem if you are talking with your trade partners. The WTO allows for plenty of informal discussions to smooth out your technical work behind the scenes. But it would still take a long time and require a well briefed negotiating team, coordinating with London and Brussels, working to a clear set of objectives and capable of changing course at short notice depending on what has been agreed in the Brexit talks. There is no sign of that. Instead, there is just Fox and his 'technical rectification'.

Critics of Brexit have been warning for a year now that the project needed careful work and huge resources to ensure it was successful, or else it posed a threat to the wealth and reputation of the UK. These warnings were disregarded as the mewling of Remoaners, intended to sabotage the project. And now here we are. The half-formed thoughts of leading Brexits have smashed into the brick wall of reality. They are coming apart at the seams.

If it was only them suffering the consequences, it would be highly entertaining. But it is not. We will all be the victims of their inadequacy.