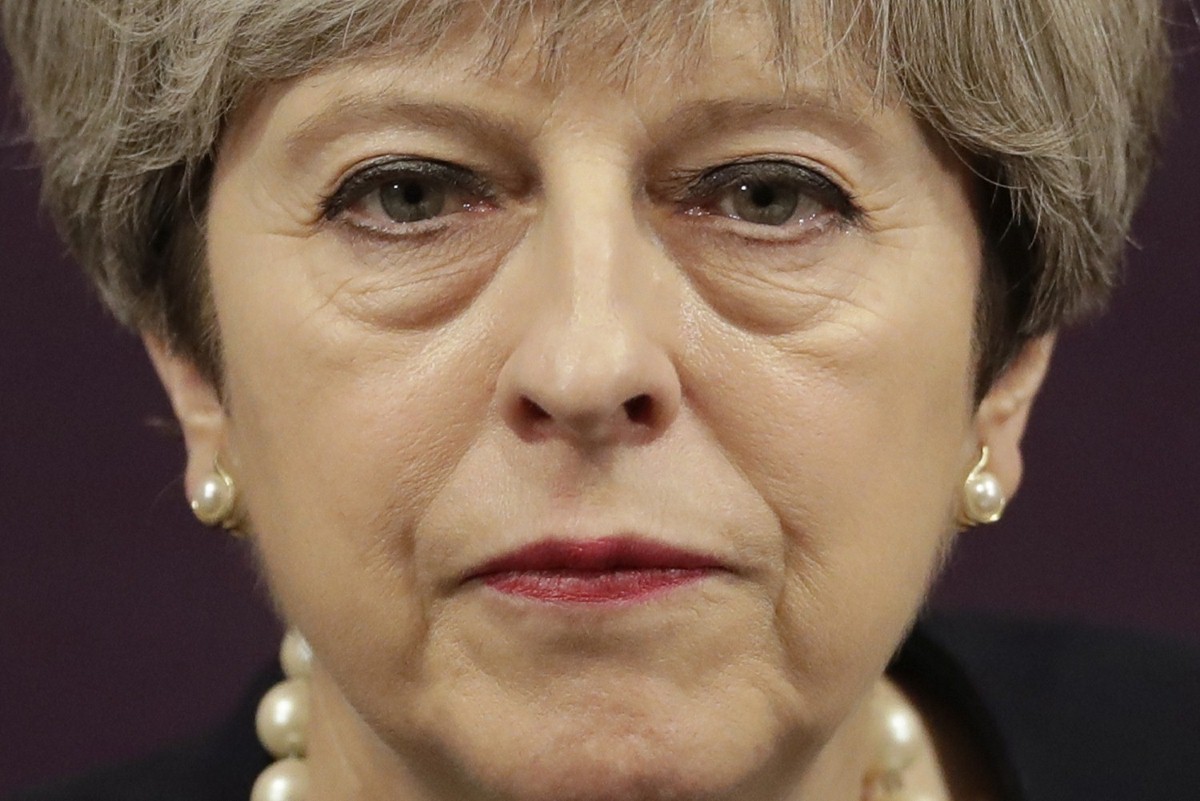 On Thursday, we reached the first anniversary of Theresa May's time in Downing Street. During this period she has pursued a hopelessly mangled Brexit strategy, rebranded the Conservative party with hard right-wing nativism, trashed Britain's global reputation and thrown away her own majority in a fit of imperial arrogance. We are unlikely to have to mark her second.

It wasn't like this a year ago. Back then, she appeared to represent order in the chaos. Michael Gove was trying to stab Boris Johnson, who himself would have stabbed anyone if it put him in power, while Andrea Leadsom was jabbering on about how she was morally superior because she had managed to use her reproductive organs. May looked like a grown-up in comparison. Her politics were dreadful, of course, but at least she was competent and did not appear to be motivated exclusively by self-interest, unlike those around her.

And yet the clues were all there. At the Home Office she had enforced a 'hostile environment' intended to reject all applications for visas unless there really was no way around it. She initiated the infamous Go Home vans. She made up unspeakable nonsense about cats and human rights law. She left that department in as great a mess as she found it.

In retrospect, all the qualities of her time as prime minister were there from the start: the ineffectual decision-making, the small-mindedness, the emphasis on looking tough over actually dealing with the issues.

And so it has turned out. May interpreted the Brexit vote as a demand for a reactionary overhaul of British society. She would eradicate freedom of movement, which meant leaving the single market. The economic price of this decision was very grave indeed, but she didn't care. Reducing immigration had become the alpha and the omega of British politics. And there was a social dimension to this approach. May engaged in a culture war against anyone with an international sensibility, or who valued diversity, or who had multiple identities, or who was an immigrant, or who was the child of immigrants. This was not said outright, of course, but the message came across loud and clear. "If you believe you are a citizen of the world, you're a citizen of nowhere," she said.

But the public were soon to find out the chief attribute of nationalists: they have no answers.

May drew a pointless and arbitrary red line on the European Court of Justice only to find out that it made whole sections of her Brexit strategy all-but impossible. She ignored and humiliated the devolved governments. She pulled out of Euratom seemingly without understanding the consequences. She overhauled the civil service, which wasted time and capacity only to produce a tripartite system for Brexit which does not properly function. She put disgraced former minister Liam Fox in charge of trade, who then proceeded to spend thousands on foreign trips with no achievements to show for them. She ignored repeated offers from experts to help with Brexit. She sacked a senior civil servant for raising concerns about the scale of the task ahead of her, only to instantly capitulate to the Europeans when the warnings she had failed to heed immediately came to pass. She surrounded herself with two figures – Nick Timothy and Fiona Hill – who failed to build a relationship with journalists, were rude to her colleagues and had no political judgement whatsoever. She sabotaged Britain's standing abroad by installing Boris Johnson in the Foreign Office. She tried to control all decision-making from No.10 without any ability to delegate or allow for the smooth running of government. She floated policies – like the naming and shaming of companies which employ foreign workers – which poisoned our European negotiating partners against us. She threw away her leverage on when to trigger Article 50 seemingly without even realising it was leverage. She failed to address the significant limitations she had in terms of time or negotiating capacity. She was unable to convince the EU team to allow talks to take place in parallel instead of in sequence. She trashed Britain's global reputation by refusing to guarantee the rights of EU citizens in the UK. She was treated as a joke by European leaders when they realised how weak her understanding of the issues was. She then accused them, in a fit of nativist hysteria, of trying to subvert British democracy. She threw her lot in with Donald Trump by offering him a state visit, only to then look a fool when she realised British citizens were affected by a Muslim travel ban the US president hadn't bothered to tell her about. She introduced policies, for instance on grammar schools, which she was unlikely to be able to get through parliament. She tried to create a cult of personality around herself, only to look startled when her introverted nature meant it fell apart. She came out with the most ludicrous, dated nonsense, from a distinction between 'boy jobs' and 'girl jobs' to her shame over having run through "fields of wheat". She failed to set-up a stress-testing function for policy and instead formulated it with her two advisers, only for it to fall apart in an utterly predictable way once it was released. She showed almost no backbone at all when the right-wing press attacked, whether it was due to the Budget or social care. And then when she did U-turn she would do so while leaving questions about the extent of the decision, thereby ensuring that she had not even killed off the coverage. In the case of the dementia tax, she did all this while pretending that "nothing has changed", making her look like a liar as well as a coward. She demanded support for her Brexit plan without deigning to tell the public what it entailed, thereby depriving the country of a reasoned debate. After the election she didn't even appear to acknowledge that anything had changed. She then sabotaged efforts to solve the impasse at Stormont by stitching up a tawdry backroom deal with the DUP, raising questions about Westminster's ability to act as a neutral arbiter in Ireland.

The list of her failures goes on and on. They are moral, political, economic, strategic and presentational. She is a full-spectrum political disaster.

It may be one year in power, but the reality is that May is prime minister in name only. The only reason she is able to stay in Downing Street is because her Cabinet members want to use her as a human shield, taking the political damage for a policy which they themselves also supported.

When historians come to write about her, they will treat May as a symptom and a cause of national decline.