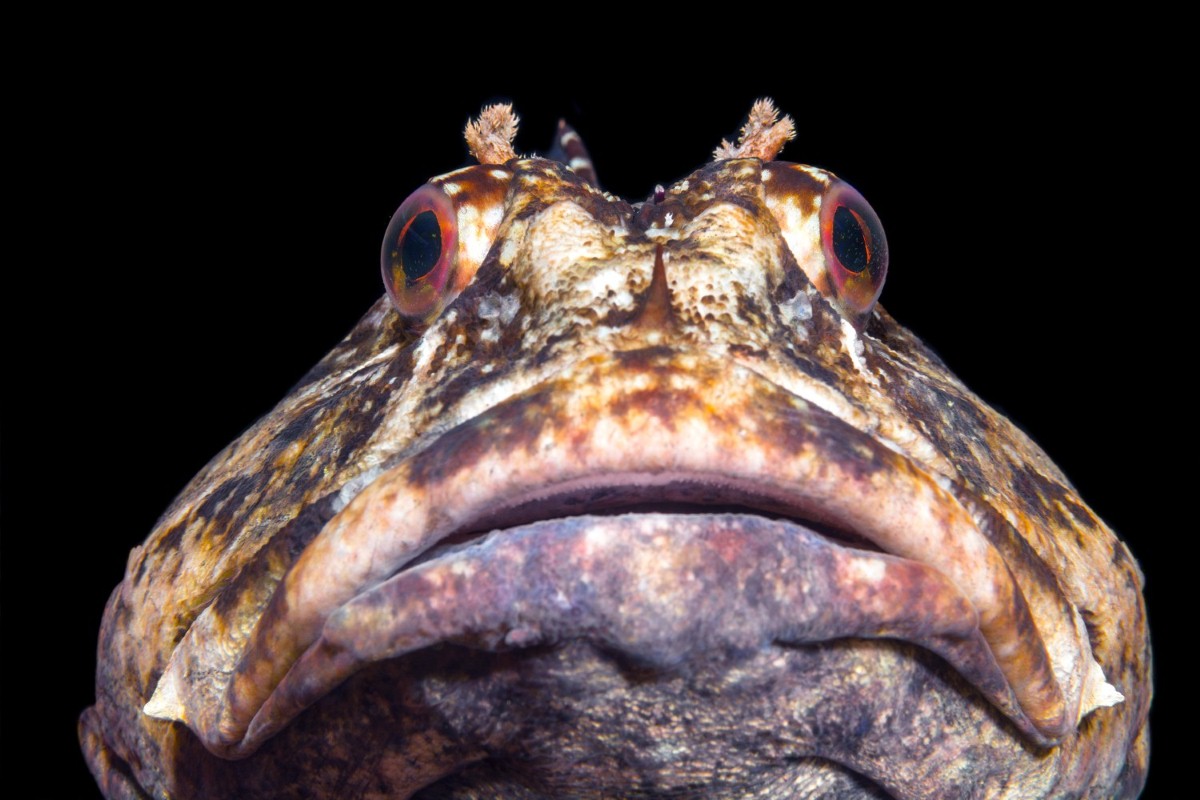 It is quite extraordinary how they manage to make the same mistake over and over again. The Tory response to Brexit has persistently prioritised rhetoric over content. They did it with European Court of Justice jurisdiction, when Theresa May adopted a black-and-white position which made compromises on market access much harder. She did it again by suggesting the EU was trying to subvert the British election. Every time, the government seems to prioritise satisfying the emotional needs of right-wing tabloid editors over nurturing goodwill with our negotiating partners.

Which brings us to Michael Gove. The new environment secretary – now in place following the prime minister's electoral hara kiri over early summer – has made his first big announcement. Britain has triggered its withdrawal from the London Fisheries Convention, an obscure agreement signed in 1964. Because it was a British initiative, the UK government needed to write a letter to itself informing it of the decision. It is, in effect, dismantling its own statesmanship.

It's not really connected to the EU, but it was nevertheless greeted with huge relief by leading Brexiters, who felt it had been months since they had had a decent thing to say about the project. "We will be saying we're taking back control," Gove told the BBC's Andrew Marr Show. "We will have control." Leading Brexiter Daniel Hannan said the move helped define what Brexit entailed.

"I don't understand you Brexiteers! What does 'taking back control' mean in practice?"
This is the sort of thing it means. Clearer now? https://t.co/IPvYWpG4Bx

He is entirely correct – the move does help define Brexit. It is meaningless, strategically counter-productive and designed primarily to make reactionaries feel better about themselves.

It's unclear if withdrawing from the convention has any legal meaning at all. It gives rights to fish in the waters up to 12 miles off the coast of other signatories. The Common Fisheries Policy, introduced by the EU in the 70s, later expanded this territorial line to 200 miles off coast, which is the new international norm.

Some, like Robin Churchill, professor emeritus of International Law at the University of Dundee, believe the Common fisheries policy supersedes the London Convention. Others disagree.

But regardless of the legal issue, it has very little practical meaning. Fishing up to that 12 mile limit is small scale – fisherman catching crab and lobsters in bay areas, that type of thing.There might arguably be some marginal effect off the south coast of England because it's so close to France. But the big money is in white fish caught in the north-east Atlantic and the North Sea. That's all well off the 12-mile limit.

The announcement does have one significant effect, however. It serves to infuriate officials in Brussels and leaders in European capitals. Gove's announcement will be interpreted as another example of toothless British belligerence. Michel Barnier, who used to be the French minister for fisheries, issued a response almost dripping with disdain and ending with an us-versus-them point which should be the exact type of attitude we're trying to avoid.

Once again, we see that unhelpful combination of British aggressiveness and strategic ineptitude. They are a terrible combination. More bad blood to pour into the bucketload we have already created in order to satisfy a perceived domestic audience. Vital diplomatic goodwill in negotiations will be lost, in order to secure something of symbolic value to a few headbangers.

But even if the move is meaningless in and of itself, it might still tell us something about the direction of travel. It suggests Britain intends to pull up the drawbridge and isolate ourselves.

That, it must be admitted, would probably be in line with what many fishermen want. Ciarán O' Driscoll, an independent researcher at NUI Galway, calls fishermen "the hipsters of euroscepticism". These guys were into it before it was cool.

The UK fishing industry doesn't actually make much money. In 2015, it contributed just £604 million to GDP, employing around 12,000 fishers and a further 18,000 in fish processing. But it plays a much bigger role in the Brexit debate than its size as an industry would suggest.

"It's the pointy end of statehood – territory, borders, maps and so on," Driscoll says. "In an age of perceived state decline, it allows you to say: 'This is the state, a pure red line.' It goes really well with the British nostalgia for empire right now. The Tories are desperate for a Brexit win and this allows them to say they've taken back control of something."

But if Gove's move really does suggests a red-line policy on fishing, there will be terrible damage to the environment and Britain's fishing industry.

There are basically three options for post-Brexit fishing. At the soft end, you could try to stay in or replicate the Common Fisheries Policy. The middle ground would entail leaving the policy but entering the bilateral negotiations Norway has with the EU. And the hard end would involve cutting ourselves off from the European system altogether.

Almost no-one is talking about the soft version, but it is not impossible that that is where we will end up. Fishing is small fry, a tiny subplot of a huge negotiation in which those industries which bring in the most cash – like financial services or car manufacturing – will be prioritised. Right now, fishing is the mascot of the Brexit campaign. But at the business end of free trade agreement negotiation – probably during transition sometime after 2019 – it is more likely to be treated as a pawn, sacrificed to save the queen. The sheer amount of work that is required to sort out a fishing system outside the EU is completely disproportionate to its size. It's possible ministers would take the easy way out and adopt a form of associate membership which would keep the UK in the Commons Fisheries Policy.

If we do leave, we could pursue the middle ground and try to get involved in the bilateral arrangements outside the EU. Each year, before the Council of Ministers thrashes out a total allowable catch for each country, it meets with Norway, Iceland and the Faroe Islands, which are outside the EU, to share out the North Sea stocks.

After Brexit, Britain could try to insert itself into that meeting. That alone is not an easy task. These annual talks often collapse in disagreement. But it was considered – until Gove's announcement at least – to be the most likely outcome.

The London convention decision suggests Gove is envisaging something much more radical – excluding other countries from our territorial waters. The new policy would be: You fish in your water and we'll fish in ours. Hard Brexit of the fishes.

This is the Game of Thrones approach to fisheries policy, a return to old certainties and Driscoll's pointy red lines. At first, it might seem to be in Britain's benefit. After all, lots of countries fish extensively in British waters but we do just 20%-30% of our fishing in theirs. You might say they need us more than we need them.

But this is a superficial reading of the situation. Britain might not fish much in Europe, but we do sell to it. We export around 80% of our wild-caught seafood, with four of the top five destinations being European countries. Excluding EU fishing vessels from the UK is very likely to result in the EU slapping down high tariffs on fish, causing huge damage to the fishing industry and coastal communities in the UK.

Norway would become our direct competitor, further complicating those difficult North Sea talks. But, as Craig McAngus, expert in territorial politics and constitutional change at the Department for International Relations in the University of Aberdeen, points out, Norway has years of dealing with these tariffs and non-tariff requirements. They've become very competitive. The UK won't be able to match that overnight.

The EU would also retaliate in other ways, with harsher trading terms being imposed on really substantial British industries, like cars or aerospace. Gove's decision is part of the zero-sum, nationalist approach to Brexit, when what is urgently needed is a positive proposition of mutual benefit.

This system would also be next-to-impossible to police without massive expenditure. Spanish and French fishermen can just go a few miles into our waters anyway. Who's going to see them? Policing waters is prohibitively expensive and no government in their right mind would dedicate that level of funding to it for so little gain.

It would also be illegal under international law. The UK has ratified the UN Agreement on Straddling Fish Stocks and Highly Migratory Fish Stocks and the UN Convention on the Law of the Sea, both of which require cooperation on conservation and management.

And then there is the possibility of sanctions. A few years ago shoals of mackerel and herring migrated from Norwegian water into those of the Faroe Islands. The tiny nation unilaterally set its quotas very high and started catching more fish. The EU retaliated by banning their imports and prohibited the entry of Faroese fishing vessels into European ports . Unsurprisingly, the Faroe Islands backed down.

A similar approach would have much less of an overall effect on the UK, but arguably not on the struggling coastal towns dependant on fish exports.

The industry is already in trouble. It faces years of uncertainty – not just over Brexit, but over the devolution of fishing which follows it. It is set to lose the £243 million in subsidies in EU subsidies it receives. Austerity means the UK hasn't had any real fishing policy for years, for instance on the concentration of quotas into ever-fewer hands. At the very least, the UK should be exploring mechanisms which would allow it to negotiate and agree annual fishing quotas with the EU and thinking up what kind of UK fisheries management and enforcement system it will need.

Instead, we have Gove talking the same old nonsense, poisoning our relationship with crucial European partners, making theatrical public announcements with no substance and pursuing strategies based on seducing the right-wing press rather than improving the lives of those he claims to represent. The threat this announcement implicitly involves would damage us more than it does our negotiating partner, just like the threat of a no-deal outcome in general.

One year on, and they keep making the exact same mistakes.