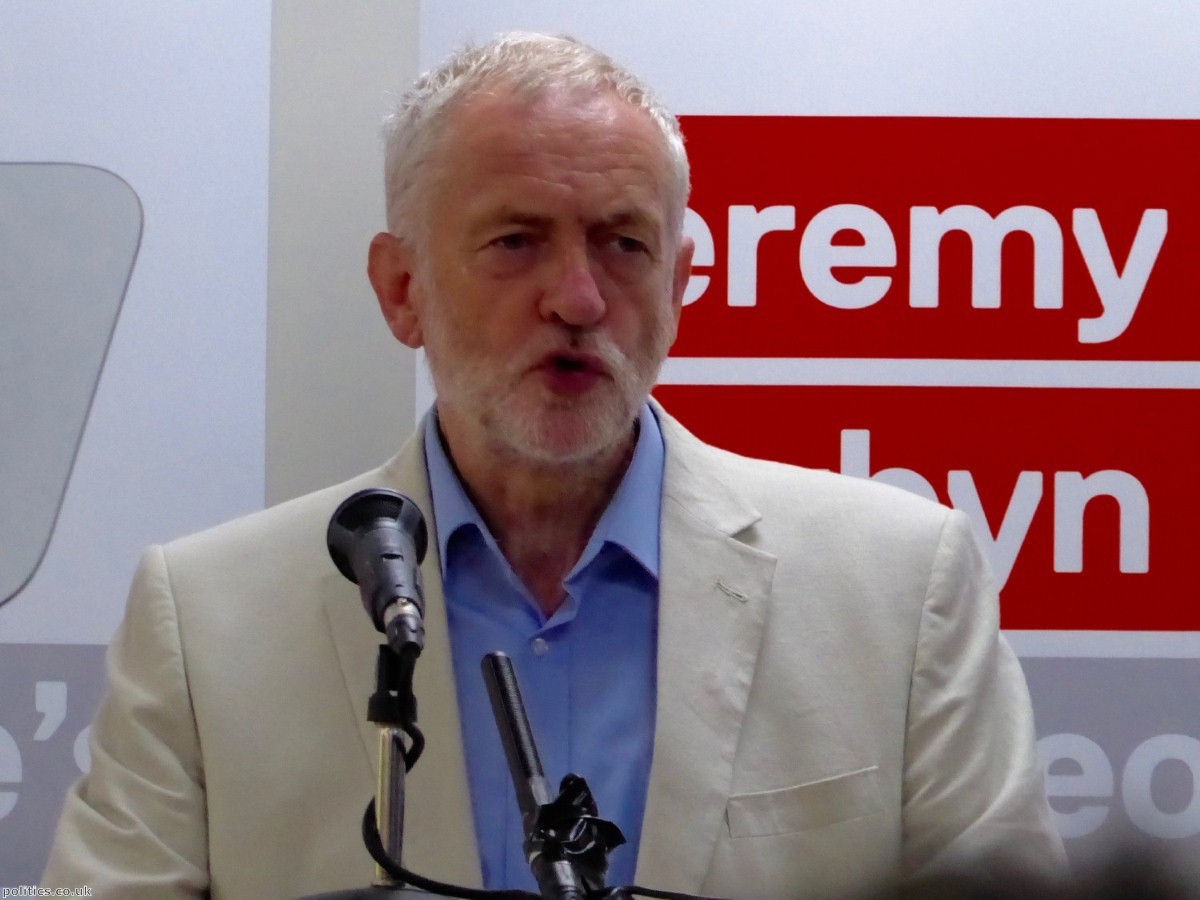 Corbyn actively works with May to force through hard Brexit

Jeremy Corbyn's speech on Friday morning was mostly ignored in favour of questions about his future, but it had some fine passages in it.

"Theresa May has dangled the threat of turning Britain into a bargain basement tax haven if the European Union doesn't play ball. But slashing taxes still further for big business, and cutting essential regulation in jobs, the environment, consumer protection, as a magnet for north American corporate giants – that's not just a threat and a danger to the European Union, it's a threat and a danger to the British people. That is not what the majority of our people want. But it is the clearly stated agenda of senior members of the Conservative government, who made clear both during and since the referendum campaign that is exactly the fantasy free market never-never land they want out of Brexit."

All very inspiring. But last night, Corbyn's actions told a different story. The Labour leader whipped his peers into voting against an amendment to the Article 50 vote which would have demanded that the prime minister keep the UK in the single market. (It's amendment 4 here)

This was not a vote on whether to activate Article 50. Corbyn couldn't use any of his excuses about not being seen to stand in the way of the vote. This was an amendment to the bill, one which would have insisted that May pursues an exit from the EU which puts the fewest possible jobs and standards at risk. By whipping his peers against it, Corbyn worked with the government to make sure it did not pass.

At certain points this alignment was visible. Lord Mandelson's attempts to intervene on Baroness Hayter, Labour's Brexit spokesperson in the second chamber, saw Tories try to silence him. The cooperation between Corbyn and the Conservative party grows more visible the longer the bill works its way through parliament.

The amendment was defeated by 299 vote to 136. Just before they filed through the lobbies, Lord Hain, who tabled the amendment, told peers that Corbyn would be judged by history to be on the wrong side of the argument "by forcing us in the Labour party to do something that we do not actually believe in".

But the thing is that Corbyn does believe in it. He believes that leaving the single market will get rid of state aid rules which, in his fevered imagination, are the main barrier to socialism in Britain.

John McDonnell wrote a tragic-comic warning of a "soft coup" against Corbyn recently in Labour Briefing. He ended it by saying:

"We all know that this is the socialist opportunity of a lifetime."

What was he talking about? Corbyn? Or Brexit? It's increasingly hard to tell. After all, this is the man who welcomes the "enormous opportunity" of leaving the EU.

Elsewhere in the article he accuses the "Murdoch media empire" of conspiring against the Labour leadership. Nothing could be further from the truth. Corbyn is engaged in helping them secure hard Brexit, just as he is engaged in helping May deliver it. The only difference is that Murdoch and May are openly for hard Brexit. Corbyn lacks the bravery to admit it.