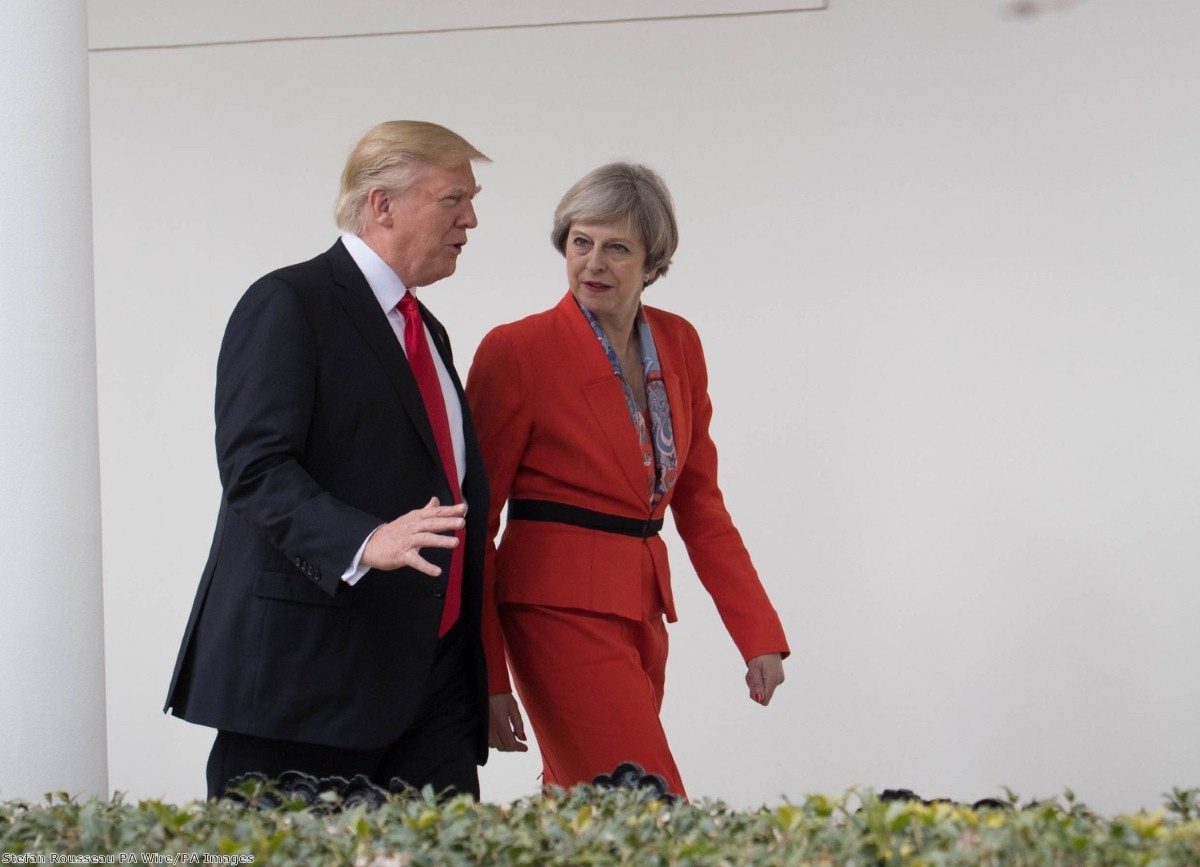 It now seems likely that Theresa May knew about Donald Trump's immigration ban before the executive order had even been signed. Given the outrage over the policy, that may well prove damaging to the prime minister, but it shouldn't come as a surprise. Her record as home secretary could rival that of the US president when it comes to authoritarianism and bigotry.

The prime minster has always been very clear about her views on immigration. In 2012 the then-home secretary told the Telegraph that she intended to create a "hostile environment" for undocumented migrants in Britain, and spoke of plans to deny those without permission to be in the UK access to work, housing and bank accounts. Skip ahead to the 2015 Tory party conference and it wasn't just illegal immigration that May had set her sights on. In a controversial speech she warned that high immigration was a threat to social cohesion and suggested that it brought "close to zero" economic or fiscal benefits to the country.

In 2013 May was accused of using the "language of the National Front" after she piloted a scheme which involved Home Office vans emblazoned with the slogan "Go home or face arrest" being driven around London boroughs with large immigrant communities. The programme, which was intended to encourage undocumented migrants to leave the UK, provoked outrage from civil liberties groups and other campaigners. May later admitted that the plan had not been successful.

In another attempt to get immigration numbers down, May turned her attention to students. In 2014, Politics.co.uk revealed how thousands of students had been kicked out of the country after being accused by the Home Office of fraudulently completing English language tests. A court later ruled that the allegations had been based on little more than hearsay evidence.

In 2015 the chief inspector of prisons called Yarl's Wood a "place of national concern". The detention centre, which holds people who have had their asylum or immigration claims rejected by the Home Office, has been the focus of numerous protests by campaigners over the years. The biggest controversy surrounding the centre came after it was revealed that a string of allegations had been made against staff, including some of serious sexual assault of the female detainees.

As home secretary, May not only refused to reveal how many women had been assaulted or raped in Yarl's Wood but she also denied UN inspectors access to the centre. The UN special rapporteur on violence against women described the action as being similar to the way Bangladesh had blocked her from visiting a notorious refugee camp.

May's investigatory powers bill, or the 'Snoopers' Charter' as it is better known, allows the state to monitor people's web history, email, text and phone records on an industrial scale. The bill has been heavily criticised by civil liberty and privacy campaigners and the human rights group Liberty recently launched a legal challenge of it in the courts.

Given her own controversial past policies then, it's little wonder the prime minister was hesitant to criticise the president. She has repeatedly proved that she puts the need to reduce immigration numbers ahead of the rights and protections of vulnerable people. If she thought she could get away with it, Trump's immigration ban would be just the type of policy she'd try over here.