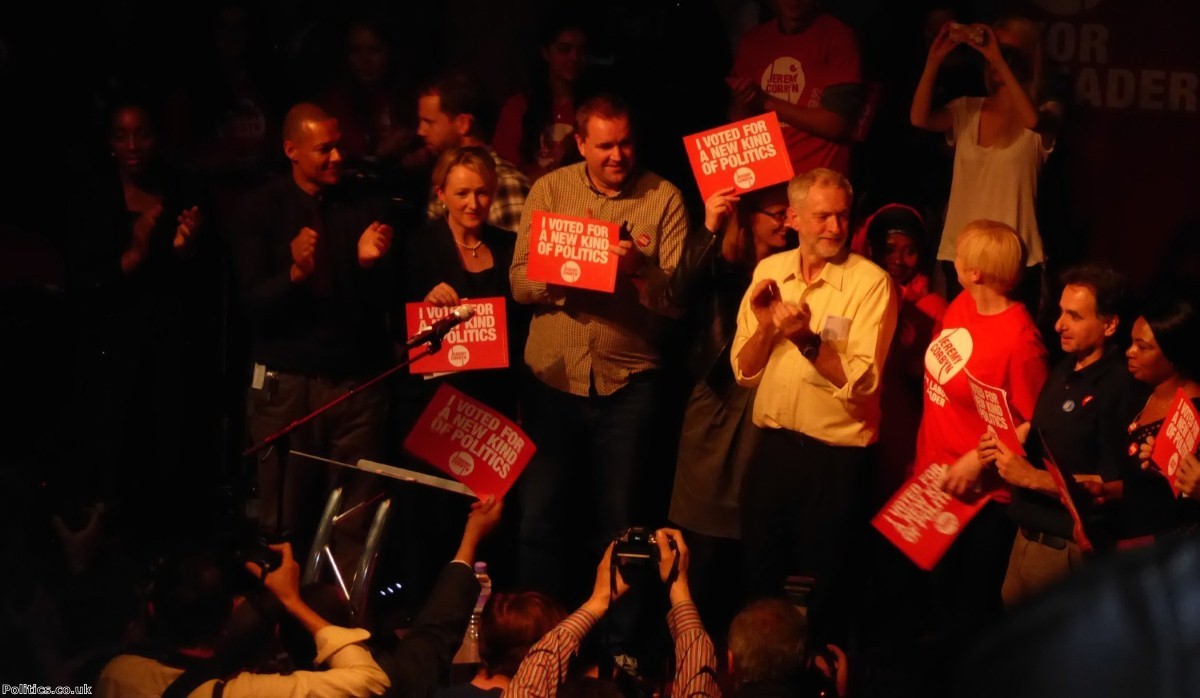 After 24 hours of statements, retractions, hesitations, reformulations and briefings, Labour’s position on Brexit seems to have turned 180 degrees, then U-turned again to its original formulation, then made a half U-turn on the original U-turn to end up in a position like the one it was in before it started U-turning but slightly different. Maybe.

If Jeremy Corbyn’s aim was to clear up his position on Brexit then it’s safe to say it was not a success. The question now is not whether the public like his position, or whether it can hold the party together, or whether it would stand any chance against European negotiators. It is: Can his position actually be discerned? The answer is no.

At six minutes past four in the afternoon yesterday, Labour sent out extracts of his speech. One section read:

"Labour is not wedded to freedom of movement for EU citizens as a point of principle. But nor can we afford to lose full access to the European markets on which so many British businesses and jobs depend."

This was interpreted as Corbyn finally turning his back on free movement, thereby satisfying the right of his party and signalling Labour support for a hard Brexit outside the single market. But was it? After all, he immediately followed it up by saying that this had to be balanced with the economic needs of the country, which suggests you would stay in the single market.

That is very different to Theresa May’s position, which is that free movement must end regardless of the effect on the economy. She has said it countless times: it will end (she doesn’t say the sentence which must logically follow from that, which is that we are leaving the single market, but everyone understands that it does logically follow).

Corbyn’s comments suggest that he instead wants her to try to reform freedom of movement, but that if that failed we should stay in the single market.

That impression was confirmed on Good Morning Britain with the awful Piers Morgan earlier today. "If the EU, as is, says access to the single market requires the continuation of free movement, then there’s a choice to be made," Corbyn said. Then he was pressed on which option he'd choose: ending free movement or leaving the single market? He replied: "I would say economically, we've got to be able to trade with Europe."

On the Today programme, he was asked what kind of reforms to free movement he'd be prepared to countenance. "That depends on what the offer is on free market access," he replied.

That view seemed to be cemented one final time when he made the speech this afternoon. Corbyn changed the section which had been briefed to the press nearly 24 hours earlier. This time it read:

"Labour is not wedded to freedom of movement for EU citizens as a point of principle, but I don't want that to be misinterpreted, nor do we rule it out."

In other words – we're going to try to reform free movement rules so we can stay in the single market, but we’re not going to say, as May has, that we’re definitely getting rid of free movement.

This has formally been Labour's policy for some time. The party's Brexit secretary, Keir Starmer, clearly envisages Britain trying to reform free movement and then staying in the single market (through the European Free Trade Area agreement on the European Economic Area). Here he is speaking to Politico saying we should try to secure "some change to the way freedom of movement rules operate"and here he is in a speech towards the end of last year saying "changes to the way freedom of movement rules operate in the UK have to be part of the Brexit negotiations".

Note the wording. Theresa May always says that control over immigration will be brought back to Westminster. That is not reform of freedom of movement, it is its abolition. But Starmer wants to "change" the way it "operates". Which means it’s still operating. Which means Britain is still in the single market.

So there we have it. Everyone is confused and unfair and Corbyn has been perfectly consistent, right? Well, no. Because behind the scenes Labour sources are talking absolute madness.

Take the word 'access' to the single market. Usually this is code for hard Brexit, because it's short of promising membership. But it's not clear either Corbyn or Starmer are using it that way.

"There's been a discussion about whether one should aim for membership or access. At the moment our membership is because we're a member of the EU. That membership will have to lapse. That's why I have used the phrase fullest possible access to the single market.”

It's not obvious what Starmer is trying to do here. Perhaps he is talking technically. More likely, he finds it useful to use this phrase so that he doesn’t have to commit to a position and can keep his options open. Maybe – this is my interpretation – he's saying that the term encapsulates the full range of options from a free trade deal to single market membership.

Maybe. Or maybe not. One source close to the leader tell me that "full access" to the single market referred only to tariffs. That's a bizarre argument. Tariffs are a tiny part of the single market jigsaw. Much more important is the mutual recognition of standards, which allow goods to pass between countries as if they were in the same one. Or free movement of people. Or services. Tariffs are the kind of thing you sort out relatively quickly at the start of a free trade deal.

Then look again at Corbyn's comments during his morning round of interviews:

"I would say economically, we've got to be able to trade with Europe."

This is such a strange comment. Anyone can trade with Europe. You just send them a thing and they buy it. And then they send you stuff. America trades with Europe and it certainly doesn't have free movement with it. Does Corbyn understand the difference between trade, free trade deals and the single market? It's not clear.

It gets weirder. When you mention this to them, Corbyn figures sometimes say there is no such thing as membership of the single market. This isn't a one off. I've been told it and someone obviously told it to the Guardian too because it's in there.

God knows what they're getting at when they say this. It's not much less mad than saying the table you're eating your dinner on does not exist. This idea is thought to have come from Seamus Milne, Corbyn's Stalinist henchman. It is not clear what the function of saying it is. Does he believe it? Or is it some strange sort of political tactic to deflect questions or maximise flexibility? If the latter, why be so precise – and so hopelessly wrong – about the single market being just about tariffs?

And even that strange hallucinatory definition is not shared across Labour. Other Labour sources say 'full access' means membership of the single market. Others that it means whatever Starmer says it means. No-one seems to be able to agree.

Is this all some genius tactic meant to keep the party together while telling each side what they want to hear? Is it part of some complex political game by Milne to tilt us out the single market while not making it clear? Is it just the failure of people in the team to be properly briefed on what these terms mean and when to use them?

Who is in charge here? What's going on? God knows. They are an unspeakable shambles. I would go into a rant here about the total absence of responsibility or scrutiny at a key moment in British political history, but you can pretty much fill that bit in for yourself.