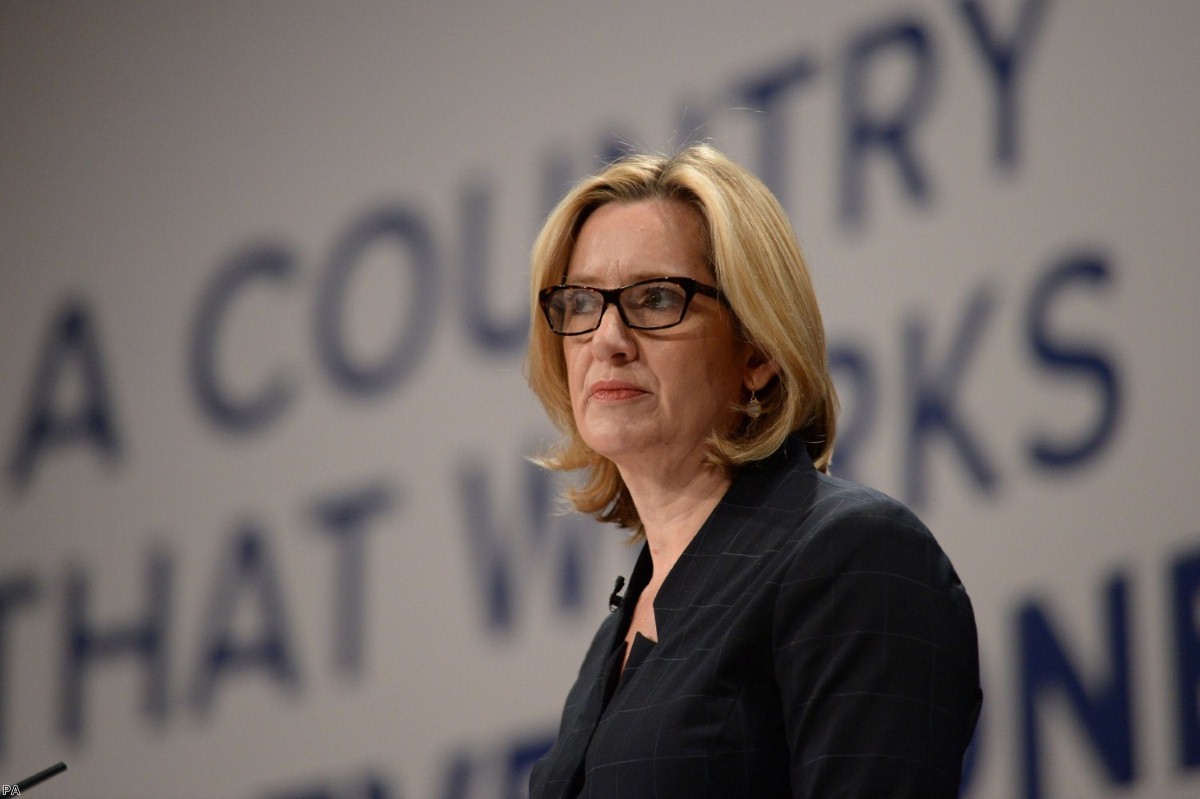 Amber Rudd's announcement yesterday that she plans to 'name and shame' companies which employ large numbers of 'international' workers is the lowest point yet in our current immigration debate.

There is nothing shameful about hiring people who happen to have been born in other countries, nor is there anything shameful in choosing to work outside of your own. For the home secretary to suggest otherwise is not only deeply irresponsible, but also downright dangerous. At best it will merely hinder business and discourage investment in the UK. At worst it will cause xenophobic witch hunts, race-based resentment and even violence. Taken alone the policy is bad enough, but taken alongside other announcements on foreign NHS staff and student visas, it amounts to a hugely damaging agenda. It is the state-sanctioned scapegoating of foreigners. It risks turning the spike in hate crimes that followed the EU referendum into an enduring trend. It is the clearest sign yet that the UK is no longer a welcome place for incomers.

It is also merely the beginning of a depressing journey into an anti-immigrant consensus in British politics, with only a vanishingly small number of politicians willing to stand against the tide.

There's nothing shameful about hiring people born in other countries or in working outside your own. Very dangerous to suggest otherwise. pic.twitter.com/rtp5u75mmC

Yesterday in a small room at party conference, Conservative MP Anna Soubry was one of those few voices still willing to stand up for migration and migrants. In a hugely passionate debate on immigration, Soubry argued that the party must welcome those seeking to contribute to the UK.

"Instead of making them out as some pariahs we should be actually welcoming and as a party being true to what we have always believed in [which is that] we don't care where you are from, we care about where you are going. We welcome everyone to our shores, particularly when they come to work and contribute to our great country."

Professor Ian Preston from the University College London agreed, saying that the Tories risked undermining their own core values.

"Freedom of movement is a good thing and any attempt to freeze it is a serious threat to the British economy. I'm not a member of the Conservative party, or any party, but the Conservative party's appeal, as far as I can see, is its respect for wealth creation, its willingness to remove barriers to business…. and they're moving towards an approach based on government directing who business can and can't recruit and magical thinking about trade."

On the panel alongside them was Daily Mail political editor at large Isabel Oakeshott. Oakeshott is not a hugely popular figure in journalistic circles, following her roles in the Vicky Pryce and Chris Huhne saga and the 'pig-gate' claims about David Cameron. But her comments at yesterday's event were worthy of contempt.

She began with the usual calls to listen to voters' 'feelings' about immigration, but then broadened out into an attack on British businesses and the 'fat cats' who still overwhelmingly support the freedom of movement from the EU.

"The question that we are being asked here is whether immigration policy is working for business. Well I would argue that it works all too well for business and we should stop looking at it in those terms," she told the room, before adding that "I would be happy to see a small drop in GDP for a better country".

While it's obviously hugely generous of Oakeshott to volunteer to take such an economic hit, it is worth pointing out that it wouldn't actually be her who would feel the effect of that hit. It's also worth asking what exactly she means by a 'better country'.

"It's about what kind of country we want to be," she explained.

Now I don't know whether Oakeshott actually believes this stuff about nativity plays and 'winterval' but anyone who seriously suggests that the celebration of Christmas is somehow under threat in the UK is either totally deluded, or deliberately seeking to spread a poisonous and damaging myth.

At this point Soubry interjected to suggest that the rise of anti-immigrant feeling in the UK was actually about bigotry.

"When you have stood talking to your constituents,and people say to you in the referendum debate 'i'm voting out'. Why is that? 'All these immigrants'. Ok, we don't have many here in Stapleford. 'No, they're all coming over.' What do they mean? They mean that photograph by Mr Farage. That's what they mean. All coming over. And then you say to them: 'If they're coming here, they're coming here to work and the next sentence was: 'The truth is Anna we've got too many Muslims here and it's time it stopped.' And that saddened me."

The fact that an obviously well-educated journalist even felt the need to ask such a question is chilling. Saying there are 'too many Muslims here' is not a 'justifiable feeling' or an 'understandable concern' it is out-and-out bigotry. The job of any serious journalist or commentator should be to point that out and not to play to it with myths about cancelled nativity plays and banned Christmas trees.

As Soubry put it: "We still have pockets of places where people fear the stranger and they have prejudices. And the job of people involved and commentators is to enlighten people, have a debate, take it on, shake it up. That's what we have to do, not fuel the fear."

Unfortunately the truth is that such pockets of prejudice are no longer confined to isolated areas of the UK, but are now implicitly endorsed at the very top of government. Rather than taking on those prejudices, the government is now intent on merely fuelling them further.

British politics is currently embarking on a deeply disturbing journey into an anti-immigration consensus and while we don't yet know where that journey will end up, we already know the direction it's heading.