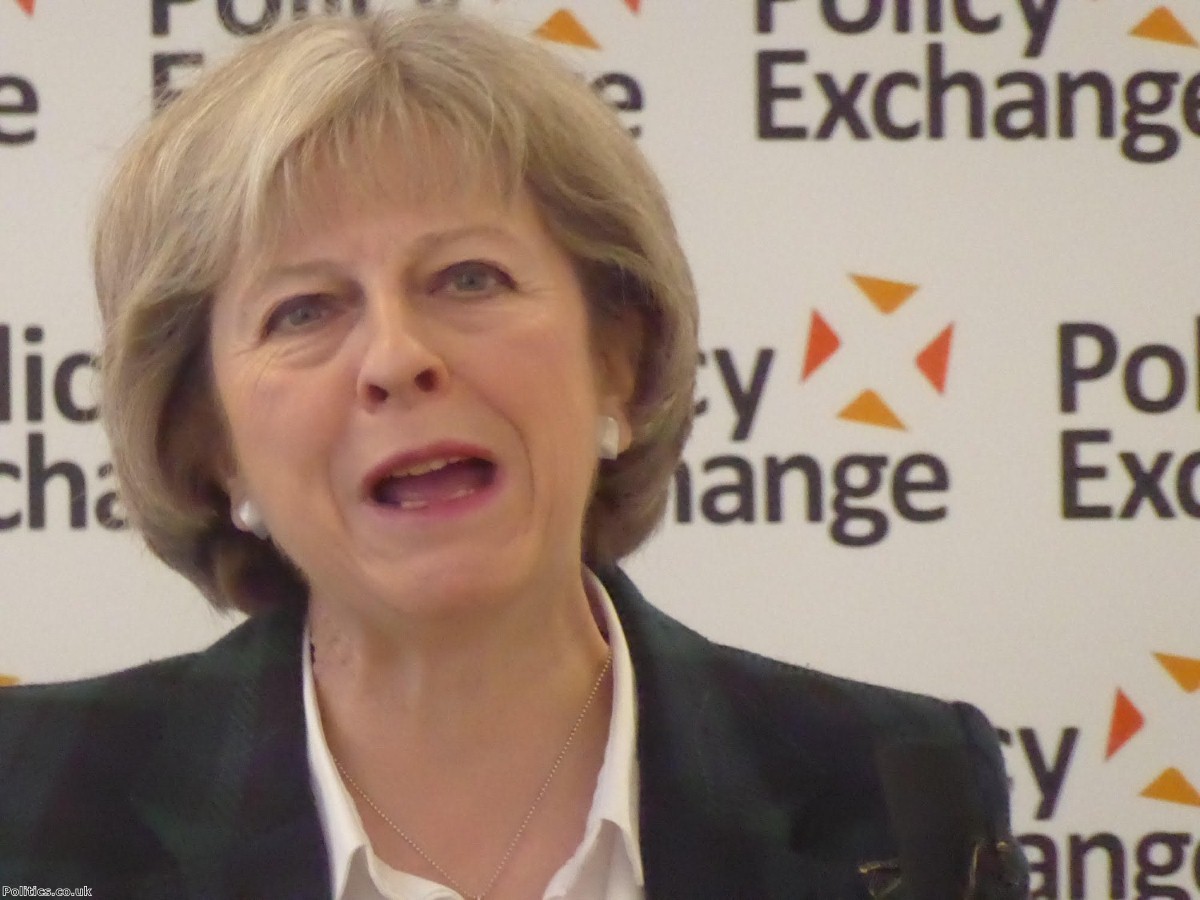 Something has changed in the way the Home Office wants to enforce the Psychoactive Substances Act. It's a minor change in the small print, but it says a lot about how the government wants to pursue the war on drugs and the way in which civil servants try to maximise the power of the state.

Look very carefully at the documents the Home Office recently released around the Act, as Richard Greenhill has done, and you find something odd. The government is accepting a scientific definition of the phrase 'psychoactive' rather than the childlike one they themselves put forward. On one level, this is a victory for drug campaigners, scientists, and people who still believe in things like evidence and reason: a bill which was hopelessly stupid has become markedly less stupid. But on another, it's a damning reminder of the way law is now written to criminalise whole swathes of the population out of laziness and executive overreach.

The Home Office definition of a psychoactive substance was always bonkers:

"A substance produces a psychoactive effect in a person if, by stimulating or depressing the person's central nervous system, it affects the person's mental functioning or emotional state."

Pharmacologists couldn't make head or tail of it. Almost anything can constitute a substance which "affects the person's mental functioning or emotional state", including flowers, or the smell of perfume. It seemed to criminalise almost anything, although food and drink were exempted, as were socially-approved drugs like alcohol.

The Advisory Council on the Misuse of Drugs (ACMD) was largely ignored while the bill was being formulated. Their role is to offer the Home Office scientific advice on drugs and drug harm. Frequently, this goes against policy, like when former chair David Nutt was fired by then-home secretary Alan Johnson. Increasingly the government has tried to sideline them. After all, the political reality of the drug debate became completely detached from the scientific reality a long time ago.

When the ACMD finally did get a look at the bill, they weren't impressed. They pointed out to the home secretary that the definition was the scientific equivalent of writing in crayons. A letter sent to Theresa May from chair Les Iversen following a meeting last October reads:

"The definition of 'psychoactive substances' that appears on the draft bill might be made more legally defensible by being defined in scientific rather than lay terms."

The scientists on the council proposed an expanded definition, which said the effect of the substance had to be "qualitatively identical" to the substances banned under the Misuse of Drugs Act 1971 – basically illegal drugs as we normally think of them, so things like cannabis and cocaine and LSD and the like.

'Qualitatively identical' means, in this case, that the substance interacts with the same target as drugs banned under the Misuse of Drugs Act. For instance, the active ingredient in cannabis, THC, binds to the CB1 receptor. So you’d be looking for new drugs which mimicked that effect by binding with the same types of receptors.

The expanded ACMD definition of a psychoactive substance would therefore have gone like this:

"A substance produces a psychoactive effect in a person if, by stimulating or depressing the person’s central nervous system, it affects the person’s mental functioning or emotional state; as measured by the production of a pharmacological response on the central nervous system or which produces a response in in-vitro tests qualitatively identical to substances controlled under the Misuse of Drugs Act 1971." [Emphasis added]

This might all sound hopelessly technical, but legally and even in terms of political philosophy, the ramifications are stark. This bill was written because chemists were always one step ahead of the Home Office. Ministers would ban a drug, then chemists would come along, tweak its chemical structure slightly to take it outside the law, and sell it legally. The Home Office response was to keep adding substances to the Misuse of Drugs Act, but they were less nimble than the chemists. The cat could never catch the mouse. The Psychoactive Substances Act was the solution: it would create a blanket ban which individual substances like alcohol could then be exempted from.

On a certain level, that's fair. There was basically a loophole in the law and the Home Office was trying to close it. But it had gone far beyond closing a loophole. By writing such a broad definition, it was basically throwing away centuries of British legal tradition, which says you can do anything as long as it isn't illegal, and replaced it with a form of Roman law, saying everything is illegal unless we tell you otherwise. By linking the definition to existing banned drugs, the ACMD was trying to limit the legislation and provide some sort of scientific standard to its implementation.

But the home secretary wasn't having any of it. That broad sweep, the universality of the executive power it entailed, clearly appealed to her. She refused to follow the ACMD’s advice. In the letter, the expansion of the definition to include the 'qualitatively identical' phrase was headed with the words: "Unable to agree."

A few days later, she wrote back to the ACMD:

But then last week the Home Office published forensic guidance on the Act and lo-and-behold it has beat a rapid retreat from its previous position. Suddenly the ACMD definition is published in full to guide police and the courts. In an ironic euphemism, the guidance says the ACMD produced the definition "to support the operation of the Act", when in fact they produced it to make the Act a little bit more sane.

Not only is the full 'qualitatively identical' definition included, but it's clear from the testing regime that the Home Office are intending on following the ACMD to the letter. The testing system to establish whether a substance is psychoactive tests for exactly the receptors in the brain triggered by existing banned drugs. There’s CB1 for cannabis-style drugs, 5HT2A for hallucinogens, and monoamine transporters for stimulants like MDMA and cocaine and so on, as well as a few others.

If they were going to give in like this why not just accept the ACMD advice in  the first place? Why go through the tedious theatricality of rejecting the advice for the legislation then enacting it when it comes to enforcement?

The answer is simple and depressing: because it gives the Home Office vastly more power. Their current policing approach is tailored to addressing the original problem they encountered – those pesky chemists and their alternative versions of existing drugs. But in terms of statute, in terms of actual law, they've now got these extraordinarily expansive drug powers which ban drugs which don't even exist yet, which ban the smell of your mum's cooking if that's what ministers decide it's now going to do.

This is the new standard for Westminster law making. It was like this under Labour and it's the same under the Tories: you create the widest, broadest, vaguest powers possible and then when it comes to enforcement you follow a more restricted approach. But those huge powers you gave yourself, they still stay there, making all sorts of actions technically illegal. It's the state which decides when it wants to enforce them.

On the bright side, there is now a glimmer of reason in the Home Office approach to this quite remarkable new law. On the not-so-bright side, the modern style of purposefully botched law-making continues apace under the Tories, just as it did under Labour.