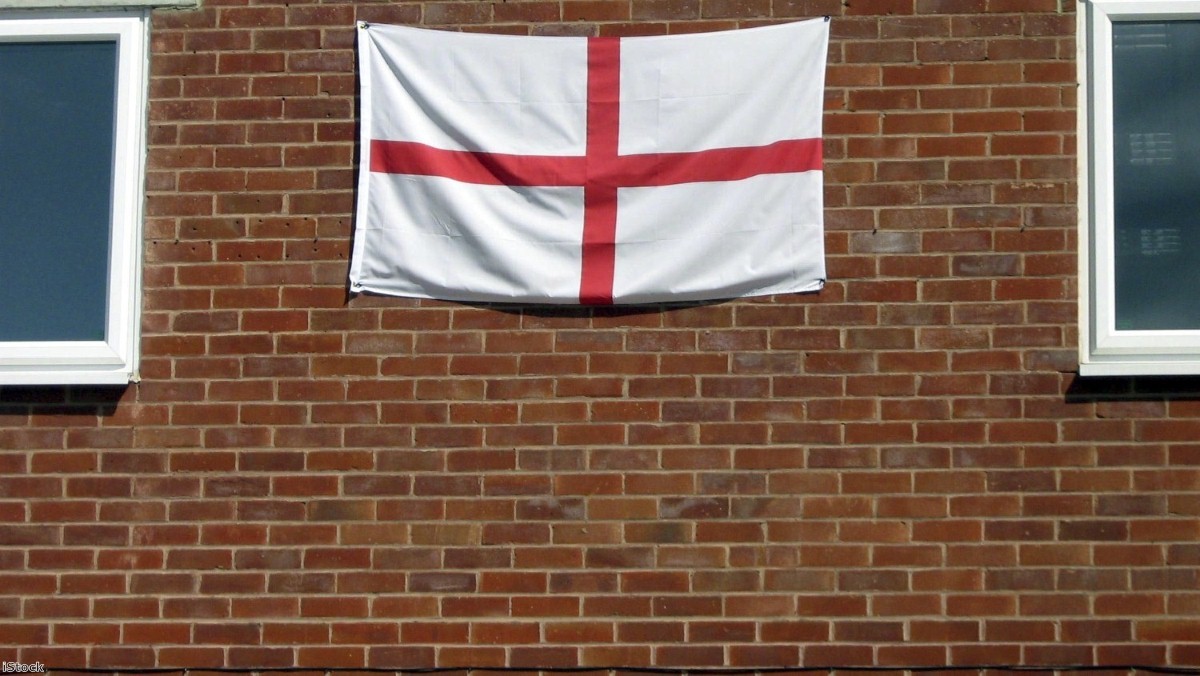 If the Labour party wants to understand why it's losing the support of the working class I can only suggest it doesn't listen to a word Tristram Hunt is saying on the subject. According to the MP for Stoke-On-Trent the reason the party has become so disconnected from the people it's supposed to represent is because it's not patriotic enough.

Over the last few days he has written a number of articles to promote his new book on why Labour lost the last general election. It's made up of a collection of essays by MPs and party candidates who discuss the issues they faced during their campaigns. Almost all of them speak about working class communities feeling alienated from Labour. Hunt believes this is because the party has a "metropolitan squeamishness" about embracing Englishness.

In the Guardian he wrote about how "Labour fails to embrace Englishness", in the Spectator he warned that "in language and policy we need to show we love England" and on Sky News he said that there is sense that "the Labour party is disconnecting from an English identity". Quite what any of this means is anyone's guess. Englishness will mean different things to different people, you only have to look at the Home Office's ‘Life in the UK’ test for immigrants to realise just how ridiculous this stuff gets when you try to define it. But when Hunt talks about this he’s specifically addressing working class communities. He speaks of the "white working men of Harlow" and of "Mrs Duffy's England".

.@TristramHuntMP on the dangers of a "cosmpolitan" Labour party and why talking immigration isn't racist #Murnaghan https://t.co/El0wPbkY9b

It is not only incredibly patronising to suggest that the working class just need a bit of flag waving to engage them with politics, it's also deeply frustrating. This was an opportunity to look at the problems many working class communities face and to come up with real ways of reconnecting with them. Instead, Hunt and the other contributors to the book seem to recognise the issues but then just prescribe a dose of patriotism as a remedy.

It stems from the stereotype many people hold of the working class as being white van driving, uneducated racists. It is undeniable that immigration is a key issue for many people (not just the working class) but you don't quell those fears by banging on about how great England is. It is far more complex than that. For decades the working class have been demonised by the press, told they are work-shy scroungers, trouble makers, irresponsible and the cause of most of society's problems. The industries which were once the centre of their communities have been decimated and unemployment or low-paid insecure work is rife. There is no longer the sense of working class pride and solidarity of my grandparents' generation. If anything there is shame and anger. And so, when newcomers to the UK get an even worse press, there is a tendency for some to jump on that bandwagon, to rejoice that someone else is being portrayed as the lowest of the low. It's a kind of self preservation, a bit like the bullied kid in school who later becomes a bully.

Of course, there are also genuine concerns about school places, housing and jobs. But Labour can tackle all of these problems with decent policies and by involving working class people in local politics. They don't need to come across as some sort of watered-down Ukip. You don't fix divisions within communities by reinforcing them with yet more divisive politics.

In almost all the articles Hunt has written on the subject over the last few days he brings up Emily Thornberry's tweet during the general election campaign about the house in Rochester which was draped in St George's flags. He clearly thinks this was an incident which damaged the Labour party with working class voters. Of course, the tweet was ill-judged but it was a much a bigger issue for the political journalists covering the election than it was normal people. Most of my family live on council estates, I texted a few of them yesterday to ask if they remembered Thornberry's tweet. Only one did. This kind of thing is what middle-class, highly educated people believe the working class are concerned about rather than what they actually are.

The reason Hunt and so many other Labour people get this wrong is because they have no real understanding of the lives of the working class. There was a time when a MP may have previously worked down the pits or in the shipyard but now they are far more likely to have studied PPE at Oxbridge. If the Labour party wants to reconnect with the working class it needs more working class MPs. Communities in the north-east have very different concerns to those in Essex. The party needs to be recruiting local people who understand local issues. What they most definitely do not need to do is send a load of middle-class candidates onto council estates to start banging on about how great England is. It's like when David Cameron tries to talk about football. It just doesn't wash.

Until Labour starts looking and sounding like the people it's supposed to represent it will continue to lose working class voters. And if it wants to start winning again it needs to give people something to vote for. The reason the Tories won the last election wasn't because of their love for queen and country. It was because they had a clear message which resonated with voters. It's been a long time since Labour could say the same.