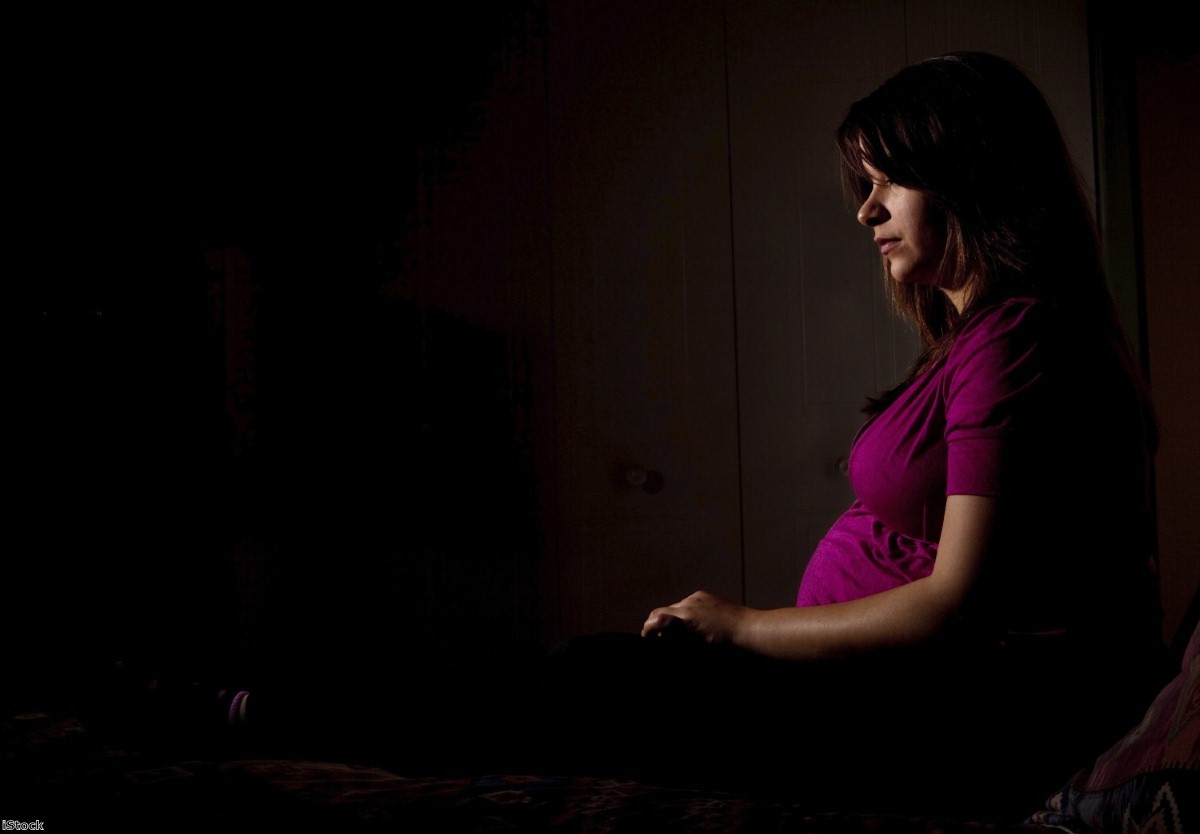 The Home Office puts a lot of work into making sure no-one finds out how many pregnant women they hold in their immigration detention centres.

For years they keep no central data on it at all. You can imagine why. Their guidelines state that pregnant women should only be held in exceptional circumstances. But if we can't find out how many pregnant women are in detention, or what happens to them, it's impossible to work out whether they're sticking to it.

In February, campaign group Women for Refugee Women started firing off Freedom of Information requests to find out about the pregnant women they're holding. What followed was an instruction manual in obfuscation and delay. In response, the Home Office tested several arguments for why it couldn't release the data. None of them stand up to scrutiny. The data has still not been released.

The first report into pregnant women in detention came out in 2013, from a group called Medical Justice. It asked an interesting question. If pregnant women were only ever put in detention centres under exceptional circumstances why were so many of them being released back into the community afterwards? After all, exceptional circumstances has a quite specific meaning in this context, according to the Home Office’s Enforcement Instructions and Guidance. It means removal from the UK is imminent and the woman's baby is not due before the expected removal date. If pregnant women were regularly being released back into the community it meant the Home Office could not be following its guidelines.

They found something else too: dangerously low standards of maternity care. A report by the Independent Monitoring Board for Yard’s Wood in 2014 backed that up when it raised concerns that midwives had not been allowed to visit the centre. The Serco-commissioned Lampard review did too, highlighting an "unsympathetic and over-restrictive" management policy over pregnant women.

Many of these women only learn they're being put in detention when the knock comes at the door, often as part of an early morning raid. They often had no opportunity to gather together their maternity clothing, or midwives' notes or the information required to ensure continuity of care.

But the most damning report by far came from the chief inspector of prisons, Nick Hardwick, when he went to Yarls Wood detention centre in 2015.

The place was dreadful – a centre of "national concern", he found. Over half the detainees felt unsafe. In his short visit, he saw two instances of pregnant women with abdominal pain not being properly managed.

One woman the inspectors interviewed was 15 weeks pregnant with her first child. They found her "anxious and scared, particularly at night". The vitamin supplements she'd been prescribed by her doctor before her detention had run out, but the health department didn't order her more in time. Instead, they gave her iron tablets which were past their use-by date. She missed her 12-week scan in detention, so they arranged for one a week later in Bradford hospital, where her husband could attend. But in a humiliating move, they stationed a custody officer in her room while it took place. Perhaps they thought this pregnant woman was going to escape out the window.

During the inspection, she went to health care complaining of back and abdomen pain, dizziness, breathlessness and nausea. After an hour of waiting for the GP, she was briefly checked and advised to eat and drink normally and take paracetamol for the pain. This advice did not concur with the local protocol for ante-natal services, which says that women who present with pain need immediate assessment and referral to A&E if necessary.

But when the inspector started digging into the information on pregnant women in the centre he found something even more troubling. These weren't exceptional cases at all. Most of them weren't being removed from the UK – they were being released back into the community. Of the 99 pregnant women held at Yarl's Wood that year, only nine of them were removed. "The exceptional circumstances justifying detention of pregnant women were unclear," he wrote.

That finding was substantiated in January this year when the independent Home Office commissioned Shaw review found:

"The vast majority of pregnant detainees in Yarl's Wood were subsequently released. This raised questions about whether they had been correctly detained in the first place."

But that's where it drew the line. It refused to agree with the demands – made by the Hardwick, Medical Justice, the Parliamentary Inquiry into the Use of Immigration Detention and the Shaw Report – that pregnant women should never be detained. Instead, during bruising parliamentary ping pong with the Lords earlier this month, they promised to introduce a 72-hour time limit to the detention of pregnant women.

It's not ideal, but it's better than what we had before. Athough it leaves us with the same problem we had before: to assess whether the Home Office will stick to it, we need that centralised information. And the Home Office is refusing to release it. Turns out, it’s one thing to centrally collect data, but quite another to make it publicly available.

Women for Refugee Women sent off their first Freedom of Information request for the data in February. The Home Office responded on the last day of the 20 day time limit.

"Some of the information which you have requested is being considered under the exemption in Section 43 (2) of the Act," they said. "Section 43(2) allows us to exempt information if its disclosure would, or would be likely to, prejudice the commercial interests of any persons."

Who were these shadowy persons whose commercial interests might be affected by the release of the information? The Home Office didn't say, although Women for Refugee Women presumed it was Serco, which runs Yarl's Wood. They fired off a letter back dismantling the Home Office's argument.

And there was the small fact that Serco themselves seemed happy to release the information. They'd released information on pregnant women in Yarl's Wood to the prison inspector for that report in 2014 and they'd released it the following year to MP Caroline Spelman.

The Home Office set a second deadline for themselves of April 28th, but they missed it. When they did reply, the commercial interests argument had magically disappeared, never to be referred to again. Suddenly, there was a new problem:  the quality of the data. "The data we hold on pregnant women is management information and is subject to change," the Home Office warned. "It has not been assured to the standard of official statistics."

This argument is just bizarre. Management data was specifically what the Freedom of Information request asked for. To suddenly turn around and say: 'Oh, we couldn't possibly, it's management data' simply makes no sense. And the Home Office doesn't have a problem putting out management data the rest of the time. In fact, Home Office minister James Brokenshire assured the Commons last month that they'd "recently created more management information" about detention to "provide reassurance and greater clarity". How odd that this other set of management data would not provide greater clarity too.

Why won't the Home Office release the data? There are probably two reasons. The first is that the cumulative numbers sound much worse than the numbers referring to detained pregnant women at any given time. During the Lords debate, Home Office spokesman Lord Keen told peers: "I stress that we are dealing with cases in which there are exceptional circumstances." To prove it, he cited figures for currently detained pregnant women. "I am advised that there is, at present, one pregnant woman in Yarl's Wood," he said.

That sounds so much better than keeping a hundred pregnant women over the course of a year, with all the negative health outcomes and petty humiliations it entails.

But refusing to make the information publicly available also protects the Home Office from scrutiny. It prevents campaigners checking whether ministers are complying with their promises about only detaining these women in exceptional circumstances.

The Home Office's record on this matter is one of evasion and hollow promises. No wonder they don’t want to release the information. Public access might ensure that they stick to the new rules in a way they never did with the old ones.