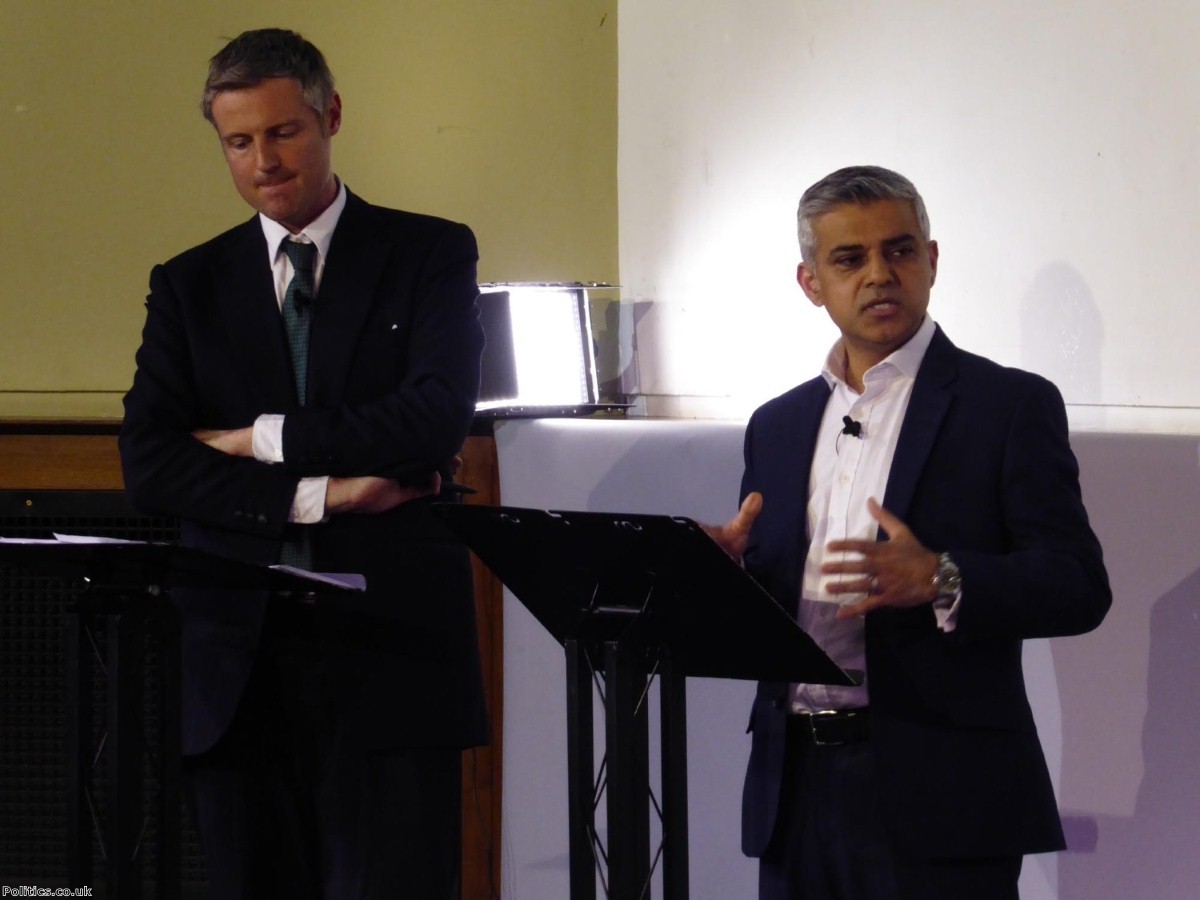 Another poll out today suggests that Sadiq Khan retains a 20% lead over his Conservative opponent Zac Goldsmith in the London mayoral race.

The Survation poll puts Khan on 60% to Goldsmith's 40% once second preferences are taken into account – an identical result to that found by YouGov last week.

As I wrote earlier this week, not everyone in Labour is convinced by these polls. Those around Khan are particularly worried that a very low turnout could still rob him of victory.

In fact the very existence of such huge leads could harm Khan's chances, suggesting as they do to Labour voters that the result is a foregone conclusion and therefore not worth bothering to turn out and vote for. Others whisper about the famous 'Bradley effect' turning Labour voters away from electing the first ethnic minority Mayor of London.

Labour are also understandably respectful of the Tory campaign operation, which has delivered two consecutive wins for the party in London. I'm told Goldsmith's campaign plans a new blitz of attacks against Khan in the run-up to polling day, in a last bid to turn opinion against the frontrunner. Some believe an eve of polling-day surprise, backed by a press which is heavily hostile to Labour, could still steal the show.

Labour's current leadership woes also worry the party. After a day in which former Labour mayor Ken Livingstone appeared to do his level best to destroy their reputation, some struggle to see how Labour could do well even in London. Could a Labour civil war stop Khan in his tracks?

Of course this is all possible. Anyone who lived through last year's general election should be very wary of making firm predictions based on opinion polls. Journalists are also understandably invested in talking up the horse race in order to stop punters walking away.

But there is also a risk of going too far the other way. When multiple polls give a candidate double digit leads and when bookies rate their chances of victory as more than 90%, it's usually pretty safe to assume they'll win. And when one candidate has the look of a child heading to bed on Christmas Eve, while the other candidate has the look of a kid who's just had his last toy taken away, it's normally safe to assume the first candidate is the one heading for victory.

By devising ever more complex explanations of how Khan might still lose, we could be forgetting the principle of Occam's razor: In politics, as in science, the simplest explanation is usually the correct one.

So barring the biggest polling error ever seen in modern politics, Sadiq Khan will win back City Hall for Labour next Thursday and Zac Goldsmith will become the answer to the rather tricky quiz question: "Who was the Conservative candidate who first stood against London's third Mayor, Sadiq Khan?"