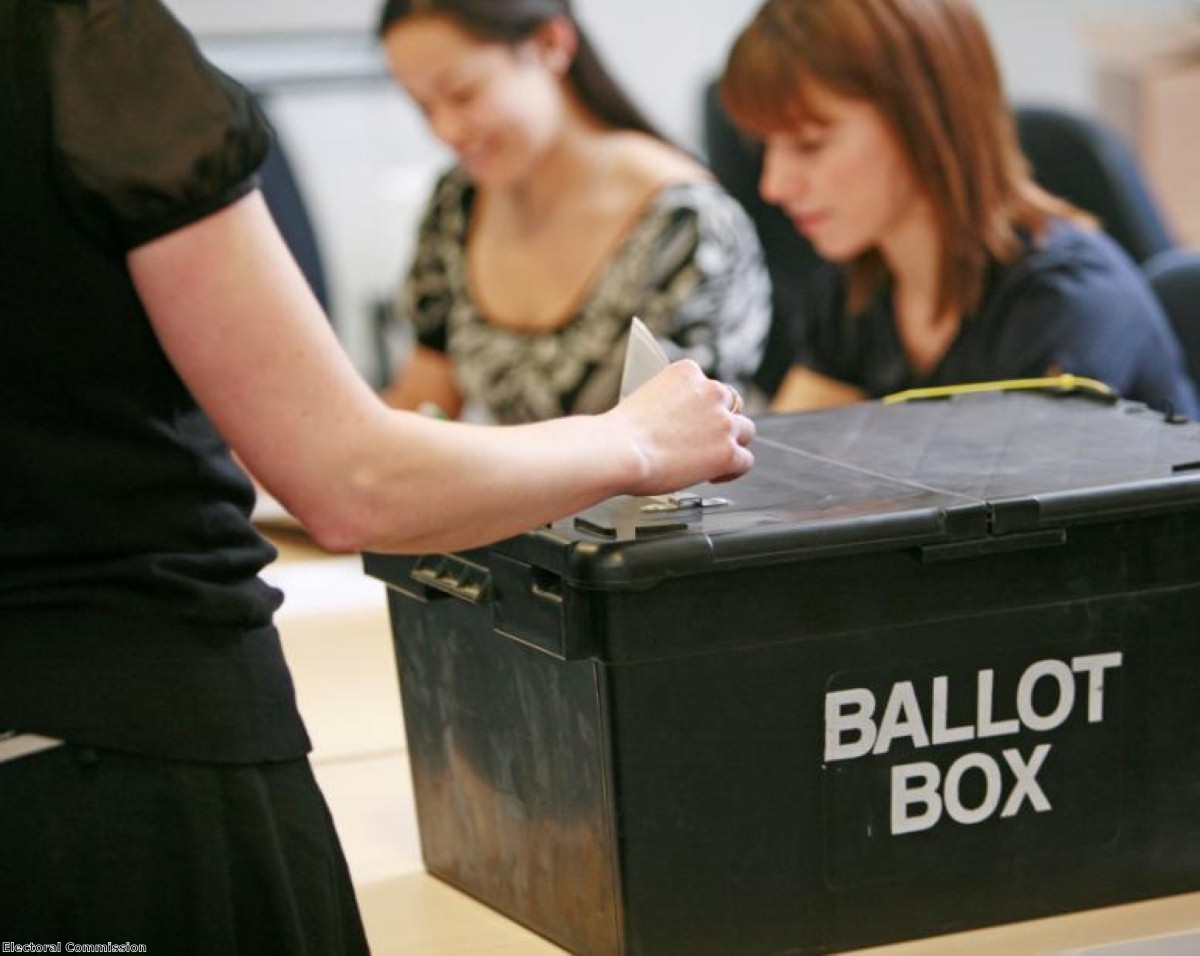 The government’s changes to voter registration undermine our democracy

In a few hours time, Lord Tyler will take the floor in the House of Lords to propose the annulment of the government’s plans to bring forward the full implementation of Individual Electoral Registration (IER).

At stake is the robustness and credibility of our democracy. Well over one million people could drop off the electoral register as a result of the government's decision to bring forward changes to how we register to vote.

They will be added to the millions of others who aren't even currently on the register or are on it incorrectly. That near-10 million people equates to 19% of all eligible adults, almost one in five of the population.

So, you can see why we say our democracy is in crisis.

The new drop-off from the electoral register is happening because the government has changed the way we register to vote.

Designed to reduce fraud and make the electoral register more accurate, councils now compare the names on their existing voter lists with HMRC and DWP records. Anyone who can't be matched is asked to re-register, but this time they also have to provide their National Insurance number.

New voters are also required to register individually, thus ending the system whereby one person in the household could register everyone else.

The changes came in last summer. As a consequence there were one million fewer people on the register than the previous year. The bulk of these were students who would have previously been mass registered by their universities.

Another five million people that councils weren't able to match with official records were allowed to stay on the register in order to vote in the general election. In the meantime councils have done their best to get them to re-register.

Many did, but it is the near-two million who have not yet re-registered who will now drop off in December.

Research by HOPE not hate found huge discrepancies in the drop-off rate around the country. Eight of the 10 worst affected local authorities were in London, with 23% set to drop off in Hackney and 18% in Brent. While inner London, where a much higher proportion of people live in private rented accommodation is worst affected, the more affluent suburbs have a much lower drop-off rate.

Councils initially had until December 2016 to register these voters but in mid-July the Government announced its intention to bring forward the change by 12 months.

The Government has argued that councils have had enough time to register people.

"Every single genuine elector who's out there will have been confirmed and put on the register," John Penrose, minister for constitutional reform, told the BBC.

"The only ones therefore taken off will be people who've either moved house, or died or in some cases never existed, because they were put on the register fraudulently."

He went on to say that nothing more could be achieved if we waited another 12 months.

Penrose is not correct. Is he really suggesting that 23% of Hackney residents are on the electoral register fraudulently? Is he really saying that the 30,000 occupied properties in Birmingham, in addition to the 56,000 people set to drop off the register, contain no genuine voters?

And do young people not count as genuine voters? According to Electoral Commission figures, only 25% of 17-year-olds are on the register, a drop of 47% from last year. And even the greatest optimist puts student registration at 30%.

The incompleteness of the electoral register undermines the credibility of our democracy and it's storing up problems for the future.

Most of those dropping off the register, like those least likely to be on the register in the first place, are already on the margins of society. They are the young, the poor, those who move regularly from one private rented accommodation to another, and the newcomers for whom English isn't a first language.

They are the very people who need a voice most. No wonder the Electoral Commission has also called on the Lords to annul the government’s decision to bring forward the full implementation of IER. Its latest briefing, circulated to Lords, clearly states that councils are not ready and the electoral register will not be accurate or complete.

What John Penrose also neglected to mention is that the government’s decision to bring forward IER by 12 months will have a dramatic impact on next year’s Boundary Review, which will determine the parliamentary constituencies for the next 10 years. The Boundary Commission will use the 1 December electoral register to make its calculations.

With most of those dropping off being from poorer and non-white communities in urban areas, as opposed to the more settled communities in the suburbs and more affluent towns, it is difficult not to see this as a political act.

With the drop-off rate in inner city areas four to five times higher than in more affluent rural areas, it's not hard to see how the new boundaries, based on the IER register, will massively favour the Conservative party in the Boundary Review.

The situation is set to be compounded by as many as 500,000 new students failing to register on arriving at college. Even the best estimates suggest that only 30% of first year students will be registered to vote. In some areas it is likely to be considerably less.

This too will have a major impact on the new boundaries, with student-heavy towns such as Lancaster, Cambridge and Norwich most affected.

It is estimated that 13% of Cambridge voters are likely to drop off the register in December and will be joined by thousands of newly arrived students who fail to register in the autumn. This will have major repercussions for what is a key marginal seat and radically alter the constituency boundary: outlying rural areas are brought in to make up the 80,000 electorate needed for the new constituency.

This year we mark the 800th anniversary of the Magna Carta, which established for the first time the principle that everybody, including the king, was subject to the law. It has since come to symbolise human rights, democracy and free speech and has been used as an inspiration by the Chartist movement and the suffragettes in their respective quests for the vote. More recently, it was cited by both Gandhi and Nelson Mandela in their respective liberation campaigns.

In 2008, the US Supreme Court cited the Magna Carta in its ruling against the US Government over the rights of Guantánamo inmates to a fair trial. And so it is even more depressing that 800 years on from arguably the most influential document in legal history, we are about to witness the biggest disenfranchisement in our own political history.

Whether this happens rests in the Lords. We wish Lord Tyler well and urge all Peers to support his motion this afternoon.

Nick Lowles is chief executive of HOPE not hate www.hopenothate.org.uk. You can follow him on Twitter here.