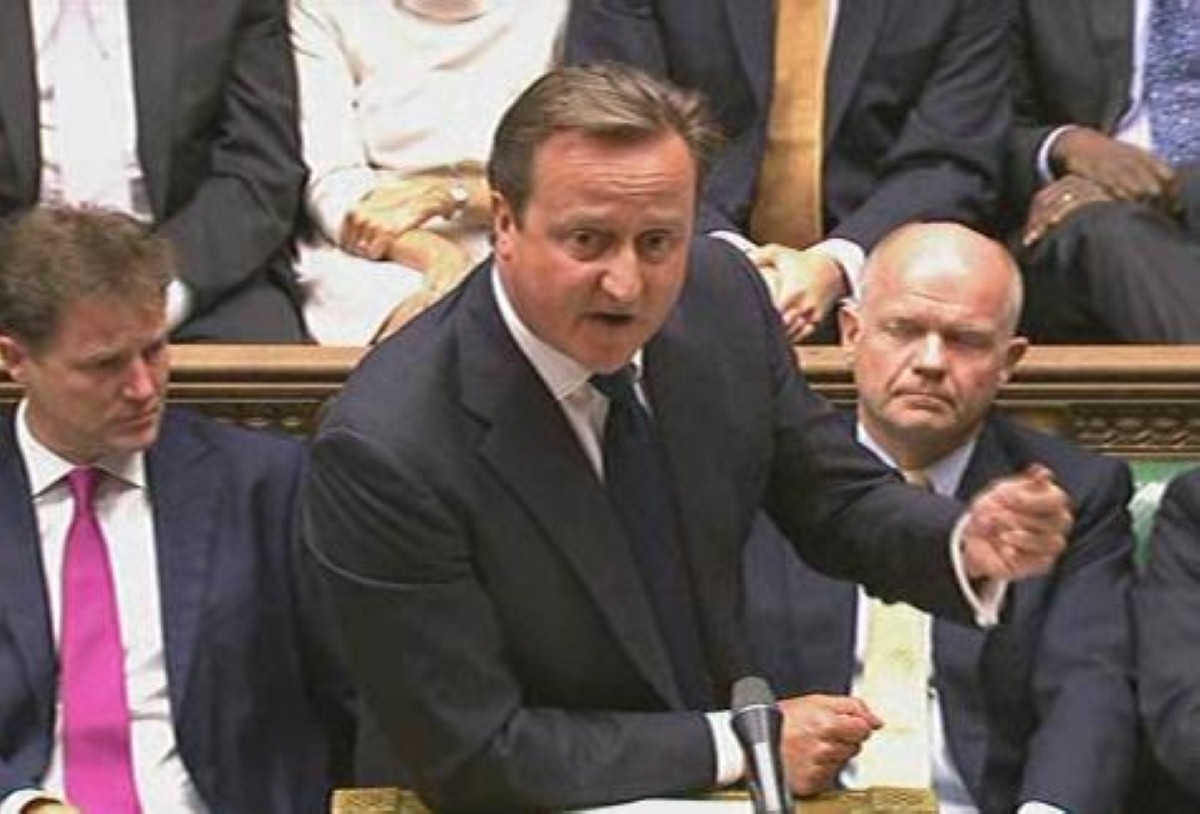 The sabre rattling in the tabloid press has begun with a vengeance. Years in which they showed no interest in Syria shifted over the summer to fear-mongering over 'migrant swarms'. That then flipped into about 48 hours of humane concern about refugees in the wake of the Aylan Kurdi photo. It was a strange and uncomfortable position for right-wing tabloids to find themselves in, so they quickly tried to pivot out of it and today they are in full-on war-mongering mode.

The Sun has been particularly deranged. Months ago it published a piece by Katie Hopkins in which she fantasised about gunning down refugee boats. It was the product of a mentally and emotionally unstable woman which should never have been published. It came very close to inciting violence against refugees. Tellingly, the tweet promoting it was quietly deleted after the Aylan Kurdi photo started to spread.

Over the months which followed, the newspaper published the usual gutter hatred for migrants and refugees which it typically writes. Hundreds – probably thousands – died at sea. Others suffocated in the back of vans. The only empathy the Sun found itself capable of was with British holiday-makers having to see them suffer.

Then that photo was published and it changed everything. In 36 hours, the debate swung on a pivot. What was an immigration story with strong overtones of security had become a humanitarian story. The prime minister was no longer being asked how to keep the borders secure, he was being asked what Britain was doing to help. The Sun set up a campaign. But it didn't last long.

Yesterday, they were sticking a photo of Aylan Kurdi on the front cover with a demand for Britain to launch a bombing campaign (or arguably validate a pre-existing illegal bombing campaign) in Syria with the words "For Aylan" emblazoned on it. Even for the Sun, this was morally questionable. No-one has any idea what this young boy, or his father, would have thought of a British military intervention in Syria. No-one has any real idea how it would have affected them.

Using that death as support for bombing shows how the Sun views compassion. It is not something to be celebrated or encouraged. It is a kind of human capital, a stock of feeling to be used for whatever political ambition you happen to have at the time. You simply take it from this place over here and carry it over to this other area. The actual people to whom it is directed are irrelevant. It's a deeply cynical, uncaring view of the world.

That photo raised big moral questions. When it was published, it split journalists down the middle. Many warned, in a perfectly legitimate and genuine manner, that using it was unacceptable. It deprived him of dignity. It was being spread before the family could approve. And it might reflect a sense of voyeurism in the reader rather than compassion. These were all fair opinions to hold, but they were clearly wrong. The photo was one of those rare instances where a shocking image can trigger policy change which will prevent more deaths. The last similar instance involved the terrible images coming from Gaza during the Israeli campaign last summer, which triggered a wave of international revulsion.

The Aylan Kurdi photo spread across the world on social media and fundamentally changed the terms of debate. But the only morally acceptable usage of the photo was to encourage help for refugees – both from governments and individuals. Its use to promote a bombing campaign is hideous. No emotionally-rounded person would tolerate it.

Today's edition of the Sun is perhaps even worse. It brands the Labour leadership contenders "cowards" for failing to support a bombing campaign. Inside, the usual repertoire of tabloid war-mongering is present. Cameron is urged to "blitz 'em to hell". The World War Two rhetoric always comes out at points like this, like a national muscle memory. And then there is the grotesque simplification. "Our boys await orders to destroy IS," it states. "Smashing terror state best way to aid refugees."

The real cowards are politicians who don't stand up to our thuggish press. pic.twitter.com/gyfpCms2mU

They sell something they cannot provide. How many times do we have to tell the same story, with the same sad conclusion, before people will understand? As Cameron himself recognised in opposition, you cannot bomb these ideas or organisations away from the sky. The Sun sells a simplistic military storyline to a public which long ago figured out it was suitable only for children, and perhaps not even them.

None of this denies that there may be a military solution in the Middle East. Certainly we should have intervened right at the start, when moderates were taking on Bashar al-Assad. If we had done, hundreds of thousands of people might still be alive. It is very easy, of course, to point at the deaths which occur when we do intervene militarily, but no-one attaches the deaths of those killed by this bloodthirsty dictator, or the lunatic fascists in Isis who oppose him, to the arguments of those who refused to countenance any military intervention when it might have helped.

We could even have helped later, when it appeared Assad had used chemical weapons against his people, but Ed Miliband brought an international response – including arguably that in Washington – to a halt, by defeating the government in the Commons.

Even now there may be a case for taking on Isis, for overthrowing Assad, for protecting refugees, for assisting the brave Kurdish forces taking on Isis while facing attacks from Turkey. One struggles to image a campaign accomplishing anything without sending in ground troops, but precious few are willing to countenance that. This is the great bloody legacy of democracies – they end up killing more people because they are unwilling to sacrifice their own. So bombing campaigns, which accomplish little but kill many, replace the use of troops. And we get out as soon as the job seems half-done, instead of committing to the expensive business of post-intervention planning.

How far an intervention could carry the UN with it, given Russia's intransigence and continued support for Assad, is another matter. But how far should we be prevented from protecting people because of Putin's geopolitical games? These are all sound questions. They have no easy answers. And certainly no-one who takes a different view – on air strikes, or troops, or the function of intervention, or a UN mandate – should be branded a coward. Only a brute or a fool would claim easy answers. And only the most morally compromised armchair general would do so from their comfort here, in London, while tens of thousands of people die in Syria, or on the waters of the Mediterranean.

Those who oppose military intervention are rightly outraged by the Sun. But those who support it should recognise that its coverage does them no favours either.