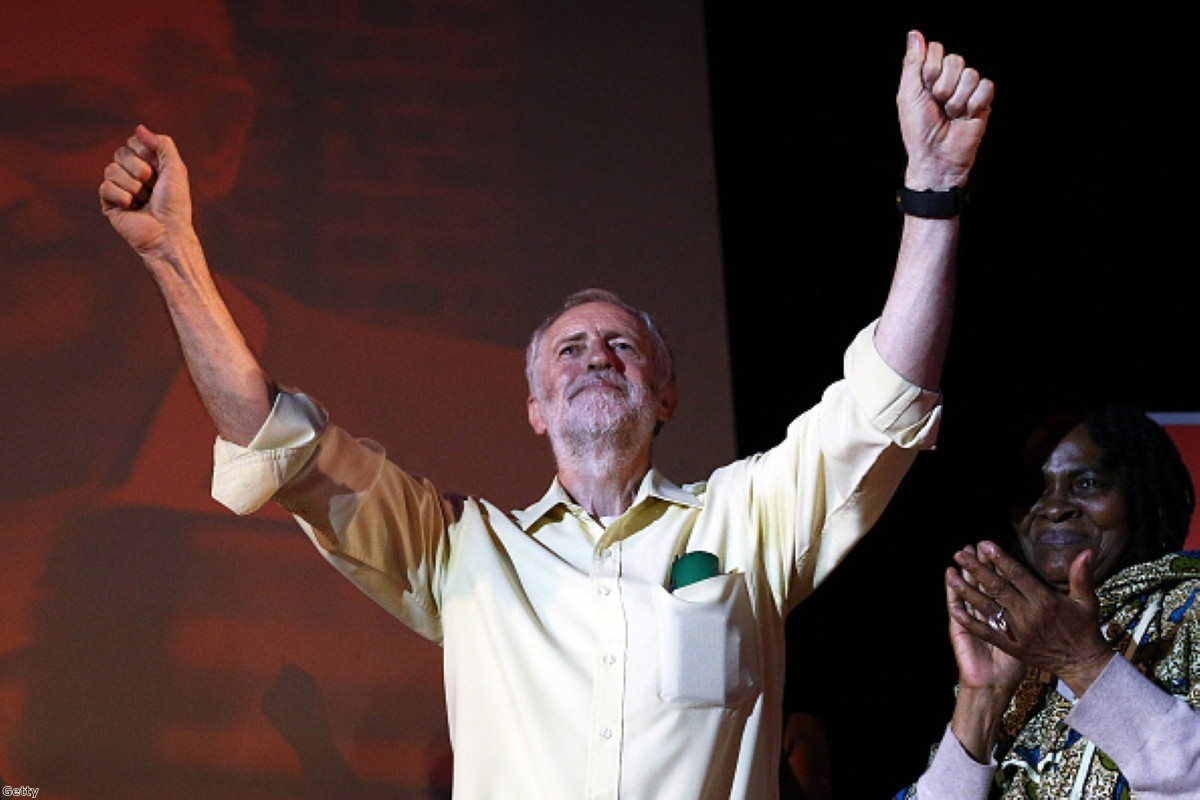 Why the attacks on Jeremy Corbyn are failing

Yesterday morning Tony Blair's former press chief Alastair Campbell published a blog post urging Labour members to back "anyone but Corbyn," for the leadership. The intervention, which was the latest in a long line of Labour establishment attacks on Corbyn, added that a victory for Jeremy would be a "car crash" for the party.

Within twelve hours a new opinion poll of members was released suggesting Corbyn is set to win the Labour leadership by a landslide, with none of his rivals even coming close. "I would personally be astonished if Mr Corbyn does not end up as Labour’s leader," commented YouGov chief Peter Kellner last night.

So why are the attacks on Corbyn failing so miserably and can anyone stop him from becoming the next leader of the opposition?

To answer that question we need to look back fifteen years to Labour's botched attempt to prevent Ken Livingstone from becoming the first Mayor of London.

Like now, the Labour establishment rallied around to warn that Ken would be a disaster for both the party and London. Warnings of voters deserting Labour if Livingstone was selected, were spread both privately and publicly. Like now, senior figures including both Blair and Campbell used all their resources to prevent the leading left-wing candidate from winning the nomination. Like now, fears were spread of entryists hijacking the contest. Like now, there were attempts to exclude certain affiliates from taking part at all. But like now, the attacks only served to harden up support for the left-wing frontrunner in the race. And like now, Labour members ultimately refused to do what the party establishment told them to.

But one difference between then and now is that in 2000, the Labour establishment saw Livingstone coming very early on and did everything they could to stop him getting on the ballot. This time, not only did they fail to spot the potential rise of Corbynmania, but Corbyn's rivals actually helped him into the race. The tactical decision by Andy Burnham to 'lend' nominations to Corbyn would probably go down as the moment he lost the Labour leadership for a second time, were it not for his subsequent disastrous decision to flip-flop on the welfare bill.

However, the biggest difference between the 'Stop Corbyn' and 'Stop Ken' campaigns is that the attempts to keep Ken from winning were at least partially successful. The decision by the Labour leadership to run an electoral college for the mayoral nomination rather than the one member, one vote (OMOV) system originally planned, meant that Ken was ultimately narrowly beaten to the Labour nomination by Frank Dobson. However, the stitch up was short-lived. Ken's victory in the members and union affiliate sections of the electoral college gave him the opportunity to legitimately claim he had been stitched up by the party leadership. His subsequent decision to stand as an independent, followed by his crushing victory over the New Labour machine still counts as the biggest strategic success for the Labour left in recent decades. A victory which only now looks set to be superseded by Corbyn's crushing victory over his New Labour rivals next month.

The similarities between Corbyn and Ken's campaigns are no coincidence. Both have at their helm a relatively little-known political figure called Simon Fletcher. Fletcher, who served as Livingstone's chief of staff in City Hall, before working as an aide to Ed Miliband, never does interviews and is little known outside of the party. However, he is a wily and canny operator who helped Ken beat Frank Dobson into third place in 2000 and now looks set to win a landslide for Corbyn in 2015.

Yet for all Fletcher's skill, the real reason for Corbyn's rise lies not in any innate brilliance of Corbyn or his team, but in the totally uninspiring nature of his rivals. By any usual measure Corbyn is not an especially charismatic or formidable politician. He has neither the verbal skill of a George Galloway, nor the quotability of a Livingstone. If there was even a scintilla of genuine enthusiasm among party members for any of his rivals, then Corbyn would be nowhere. That he is so far ahead, shows just how badly his rivals have performed.

But Corbyn's success is also a sign of a wider shift in the public mood away from politicians who fit the overly-spun Tony Blair mould. The rise of populist plain-speaking politicians and parties both in the UK and around the world has until now largely left the Labour party behind. The huge electoral success of Blair led to an entire generation of MPs who have tried and largely failed to recreate his style. The failure of their attempts is only too plain to see in this contest.

It is not too late for Corbyn to be stopped. Nobody in the party has voted yet and it is possible to see the frontrunner crumbling under the pressure of the new expectations put upon him. It is also possible, although increasingly unlikely, to imagine his rivals finally rising to the challenge of beating him.

But unless things change, the Anyone But Corbyn campaign looks set to be even less effective than the Anyone But Ken campaign fifteen years ago. And just like with Ken, Corbyn's opponents will only have themselves to blame.