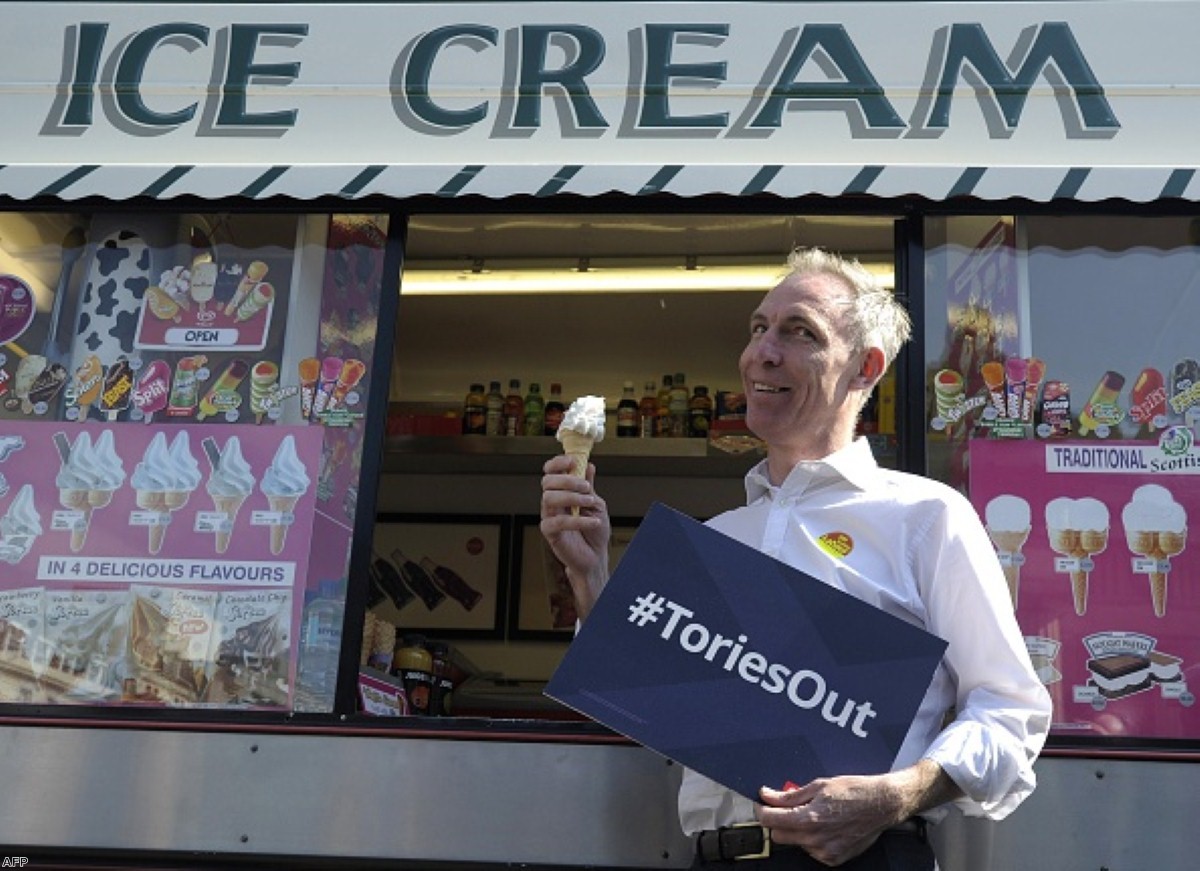 Has any Labour leader ever run a worse campaign than Jim Murphy?

When Jim Murphy became the Scottish Labour leader last year he suggested the party could hold on to every one of their seats north of the border.

Today's Ipsos-MORI poll suggests he is on course to lose every single one.

Later Murphy insisted he was "astonished" at how easy it was to take on the SNP. Today's poll suggests Nicola Sturgeon's party are on course to win every single Scottish seat.

It's usually best to wait until a victim is declared dead before beginning the autopsy. However when it comes to the Scottish Labour party, it seems wise to get our latex gloves on now.

The campaign run by Murphy has been complacent, uninspiring and counter-productive. Murphy's central message – that a vote for the SNP is a vote for the Conservatives – is purely negative and gives voters zero reasons to actively back the Labour party. This strategy may have once seemed like Labour's best chance of hanging on in Scotland, but the unavoidable fact is that it has not worked. Yet even today Murphy is still sticking to his script, telling reporters that the poll results are "good for the SNP and great for David Cameron."

By contrast to this purely negative message, Nicola Sturgeon's argument that a vote for the SNP is a vote for Scotland's voice to be heard in Westminster, is both positive and difficult to argue against. Whatever the result next week Scotland is set to play a far bigger role in UK politics than it ever has done before. The sheer scale of bile poured on both Sturgeon and her party over recent weeks, is all the evidence you need of the influence they are set to have.

To be fair to Murphy, Scottish Labour's problems predated his time as leader and Labour's collapse has far more to do with what happened in the referendum campaign than anything that has taken place since he took over.

But a different leader could at the very least have limited the damage done by the SNP to Labour's general election chances. Murphy has made those chances significantly worse.

Murphy has not made things easy on himself or his party. His claim during the debates that Labour would not implement any cuts in Scotland was quickly made to look both dishonest and desperate. Meanwhile his decision to repeatedly state that the party with the largest number of seats should form the next government is set to undermine the legitimacy of any minority Labour government should we see one next month.

After just four months in the job, Murphy now has lower approval ratings than both his Conservative and Lib Dem counterparts and already faces calls to stand down immediately after the election.

Today's poll may turn out to be at the extreme edge of the SNP's chances. For Scots to vote as this poll suggests would require a huge swing, the like of which has never been seen before in British politics. It may also turn out that there are significant numbers of 'shy' Labour voters in Scotland which the polls are simply not picking up.

But this seems like wishful thinking. Even if Labour manage to hold onto a handful of MPs north of the border, there is no question that there has been a massive collapse of Labour's support in Scotland.

Far from lessening that collapse, Jim Murphy appears to have made it significantly worse.