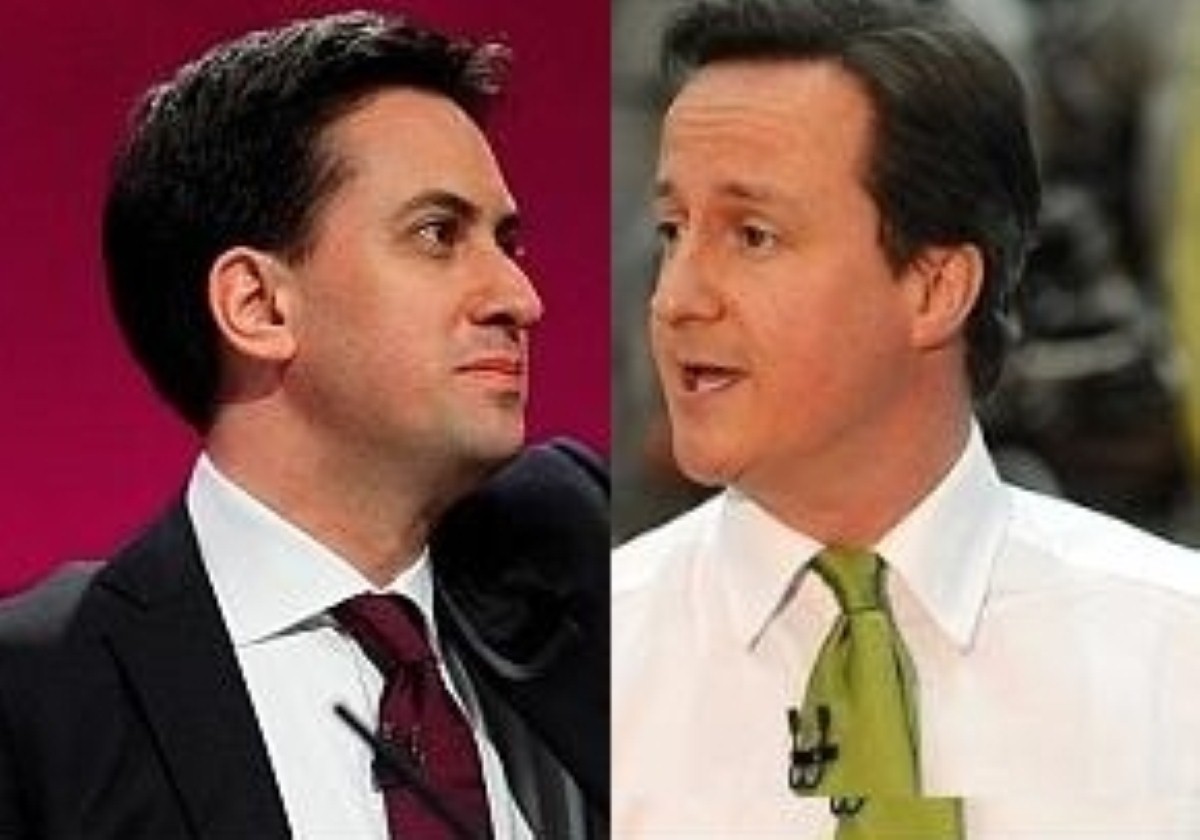 The directional microphones and lack of reaction shots, obscure most of the abysmal behavior which can be more easily seen from the press gallery.

However, while the version seen on TV has been heavily sanitised, it is still dreadful and today's session was worse than most.

Ed Miliband devoted all of his questions today to once again asking the prime minister to meet him for a one-on-one televised debate.  These questions are particularly pointless given that Miliband already knows the answer and has known it for some time. The answer is no.

However he continues to ask the question because Labour believes Cameron's refusal has the potential to damage the prime minister. There are good reasons for that assumption. A new poll out today found a majority of the public believe Cameron is cowardly for dodging the debates, while even larger numbers think the debates should go ahead without him.

But while it's possible the row has damaged Cameron's reputation it doesn't appear to be losing him any votes. When the row first came to a head a couple of weeks ago, Labour were very narrowly ahead in the polls. Two weeks later and that position has now been reversed.

So when he was asked by Miliband about the debates, Cameron replied about the SNP instead. It has become so normal now to hear the prime minister ignore the questions he is asked that it now almost goes without mention.

But while doing this avoids talking about the debates, it also makes him look increasingly out of touch with voters' concerns. Just like Labour, the Tories have chosen an issue which the public simply aren't that bothered about. While polls show that most English voters are not in favour of a coalition with the SNP, it is not an issue which will keep many people awake at night.

By continuing to focus on these niche issues, Labour and the Tories continue to give the impression that they are only concerned with topics which affect their own narrow party interest. For Labour that involves humiliating Cameron over TV debates. For the Tories that involves somehow preventing a deal between Labour and the SNP.

Stripped of all political principle, these exchanges have increasingly descended into personal abuse. On Miliband's side this involves calling the prime minister "weak," "useless," and a "bully" and on Cameron's side it involves calling the leader of the opposition "weak," "chicken," and "despicable".

Trying to decide who comes worst out of these exchanges is like trying to decide which thug in a pub fight you'd most like to take home. Given the option you'd rather leave with neither and that is increasingly what many voters are deciding to do.