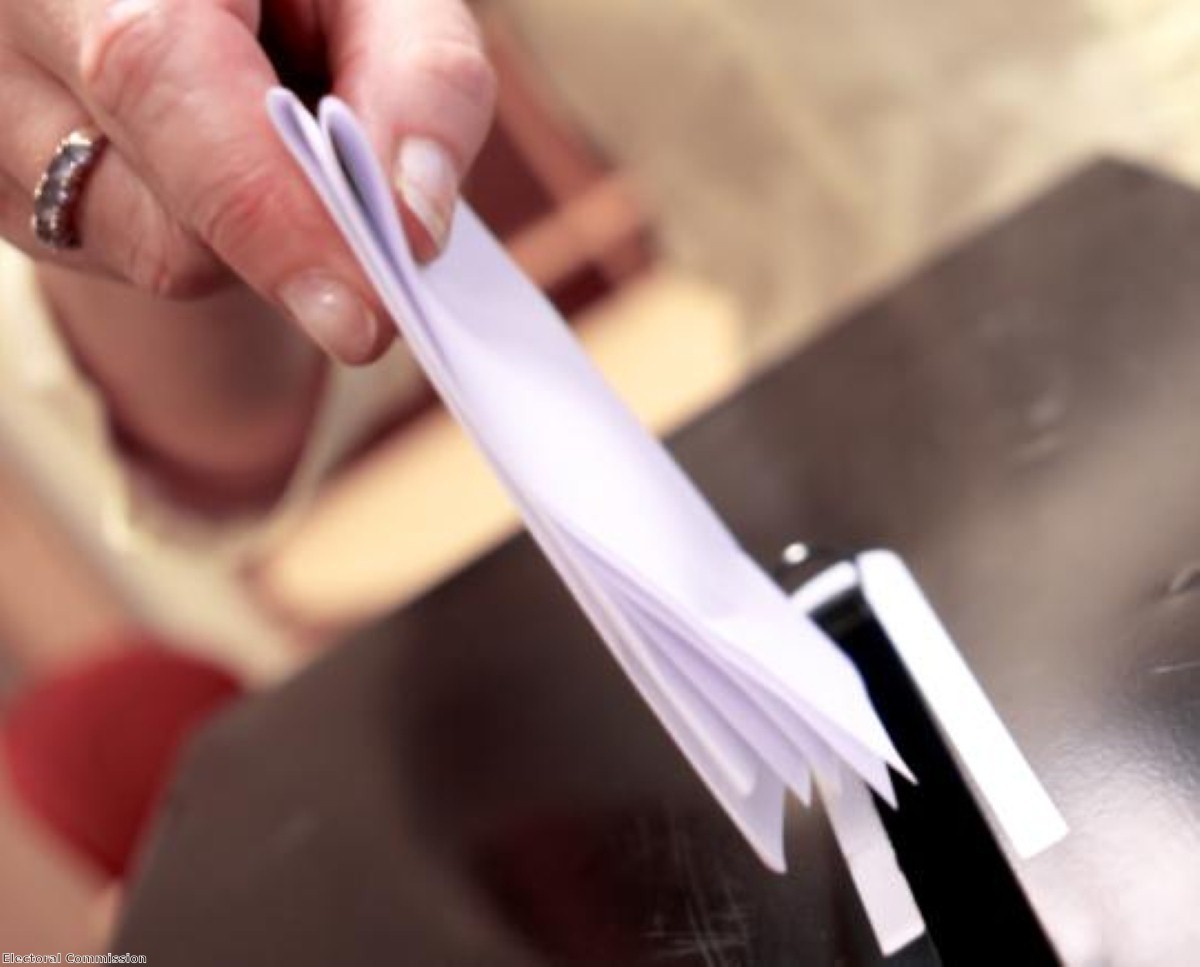 It’s time to give prisoners the vote

Westminster needs to hurry up and allow prisoner voting, the joint committee on human rights announced today. MPs and peers said the UK has been dragging its heels over the issue for far too long.

Judgements from the European court aren't advisory. Britain signed up to the European Convention on Human Rights of its own free will. It doesn't now get to say that it suddenly doesn't like the ruling.

The MoJ's latest absurd statement on the issue stresses that "the government has always been clear that it believes prisoner voting is an issue that should ultimately be decided in the UK". A thief might as well tell the court that he believes laws on property should be formulated in the home. It is irrelevant. We signed up, and now we should either leave or follow the rules.

As the committee points out, refusing to do so undermines the UK's credibility when it tries to pressure other states on their human rights obligations. That's a sound argument, but it's also time to give prisoners the vote simply because it's the right thing to do.

When someone goes to prison we make a choice, a very big social choice: are we trying to rehabilitate them or punish them? For most modern Conservatives, it's the latter. They rail against Playstations in cells and supposedly soft treatment. They are infuriated that prisoners' rights are treated as equivalent to the rights of those who have committed no crime.

So it's worth investigating the best way to rehabilitate prisoners. Voting certainly doesn't play a big part. It's not something, as it happens, that I hear being brought up much by prisoners themselves. In fact, the people who seem most incensed by it – by some margin – are Conservative politicians. I've never heard David Cameron say anything else makes him feel "physically sick". He certainly doesn't use that language about Saudi human rights abuses or Israel's killing of children in its Gaza operation. Prisoner voting seems to touch a very raw nerve on the Tory benches.

Perhaps that makes more sense than the borderline disinterest shown by the public. After all, prisoner voting goes to the heart of what it takes it rehabilitate someone. It is about investment. We reduce crime by giving people a life – with their family, with work, with the local community, with their society.

Smaller prisons, which allow inmates to maintain regular contact with their family, are better at cutting reoffending than large prisons far from the inmates' community. This is something we’ve actually gone in the wrong direction on in the modern era. Prisons used to be part of the community, where people could come and go as they like. We have cut them off and isolated them and it has done us no good.

Training, often including basic literacy and numeracy, to get people into work, is also key. It's not complicated: we are ultimately just trying to give people something to lose.

Unfortunately, the current approach could not be further from this attitude. It is about separation, isolation and humiliation. The ban on books being sent in to prison was just part of it. There are also stringent, pointless limits on underwear. Inside prisons it is made ever easier to downgrade prisoners' status to what's called the 'basic' regime, where prisoners lose their clothes, TV and personal possessions. They're often confined to their cell for 23-hours a day. They are put at the mercy of prison officers.

This approach advocates for the dehumanisation of prisoners – their separation and punishment.

If it worked, there would be an interesting question of balancing their rights against those of their victims. I would advocate for very harsh penalties if they reduced reoffending. The rights of those who chose to interfere with others would be trumped by those who didn't. But it's irrelevant, because it doesn't work.

To get prisoners onto the straight and narrow we need to bring them back into a society they've distanced themselves from. Giving them the right to vote is part of that. It's time for MPs to stop throwing their toys out the pram and abide by the European court ruling.