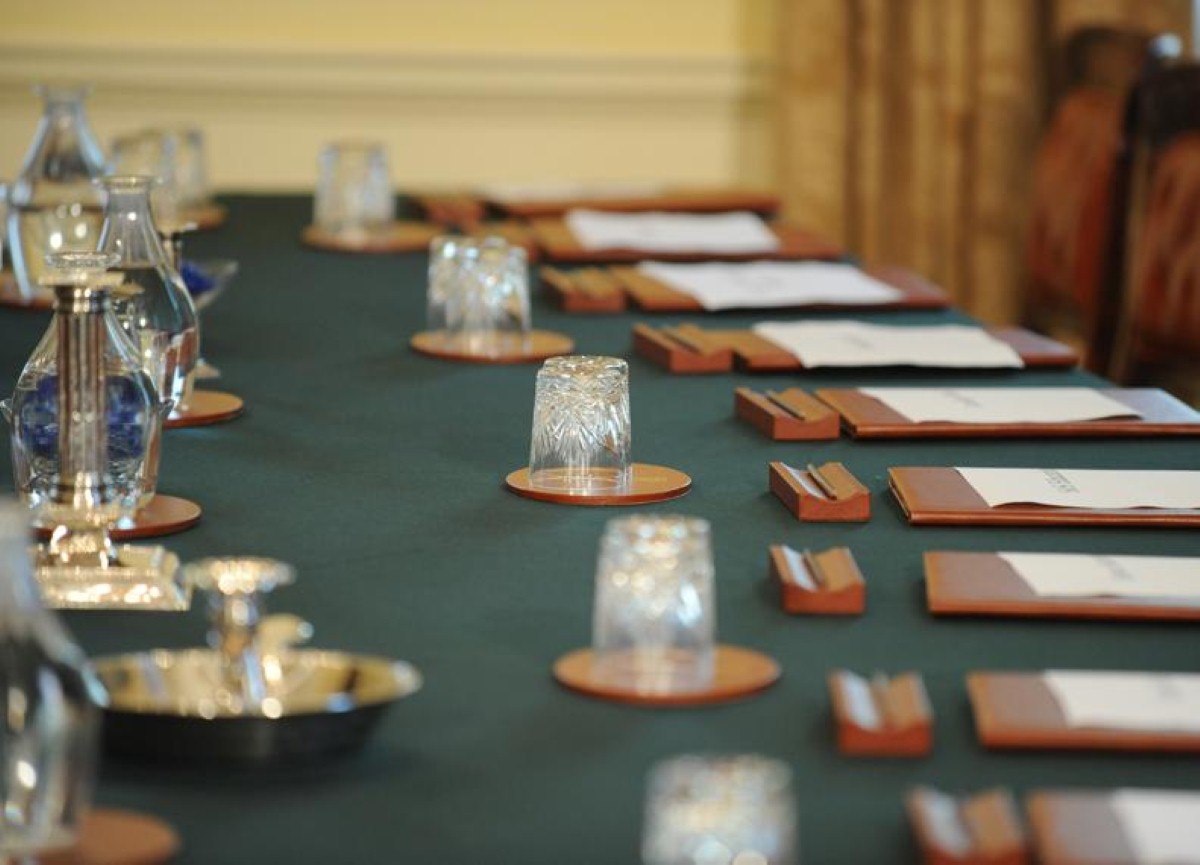 Brace yourself, Your Majesty. The Cabinet meeting you're attending will be nothing but political theatre.

For six decades, the Queen has met up with her prime minister to talk over affairs of state. From Winston Churchill to David Cameron, Elizabeth II has talked over this and that. Their cost chit-chat usually follows a Cabinet meeting, in which the real governing is supposed to take place. Cabinet meetings are confidential because they are an opportunity for the government's senior ministers to argue about policy. The Queen is protected from this ugly side of everyday politics by the accommodating blandishments of the politician.

Not tomorrow. For the first time since Queen Victoria's reign, the head of state will attend a Cabinet meeting. "I'm sure we can find room for one more," the prime minister's spokesperson joked this morning.

Officially, this visit is the last in a right royal Diamond Jubilee tour of the establishment's great institutions. The monarch, who owes the great affection shown to her by the British people by her steadfast refusal to get involved with day-to-day politics, has been sailing a little close to the wind as a result. At a visit to Lambeth Palace in February, she raised eyebrows with her comments about the Church of England's role in promoting other religions. Last Friday during a visit to the Bank of England, she suggested regulators had been "lax" in the run-up to the financial crisis.

So what does the Queen's visit to Cabinet show? Bob Morris of UCL's Constitution Unit has suggested her attendance reveals how irrelevant the head of state is these days. In Queen Victoria's day there were still tensions between the prime minister and the monarch; the tradition was completely discontinued after her death (until tomorrow, that is). The monarch's removal from government is now undisputed and unremarkable. That the Queen, who is supposed to stand above politics entirely, is permitted to attend instead demonstrates how limited the value of Cabinet actually is.

It was not supposed to be this way. Under New Labour, the Cabinet became subordinate to Tony Blair's preferred style of sofa government – informal talks with handpicked ministers which turned the weekly meetings into little more than a rubber-stamping exercise. Constitutionalists got much more excited on the advent of the coalition. This was an opportunity for government by committee to re-establish itself, they hoped. Instead what they got was government by sub-committee. The Cabinet has become an opportunity for meaningless grandstanding between the coalition partners, but any big rows – Chris Huhne's complaints about the electoral reform referendum comes to mind – have rarely been productive. Maintaining working relations between Cameron and Clegg's parties has proved most efficient behind the scenes. The coalition sub-committee, a formalised civil-servant-facilitated set-up, has been used only a handful of times. Much better to sort any wrinkles in the coalition on – well, on a rug by a fire somewhere in Downing Street. Cabinet is a place for disagreements, yes, but only those conducted in a businesslike fashion.

Tuesday's meeting, like many others before and after, will be a well-performed piece of choreography. The Queen will be an experienced critic as she sizes up her government – after all, her public life consists of very little else. Perhaps she will detect, more even than the ministers around the large Cabinet table, a fundamental truth: she has not been invited because she is powerless, but because Cabinet is powerless itself.