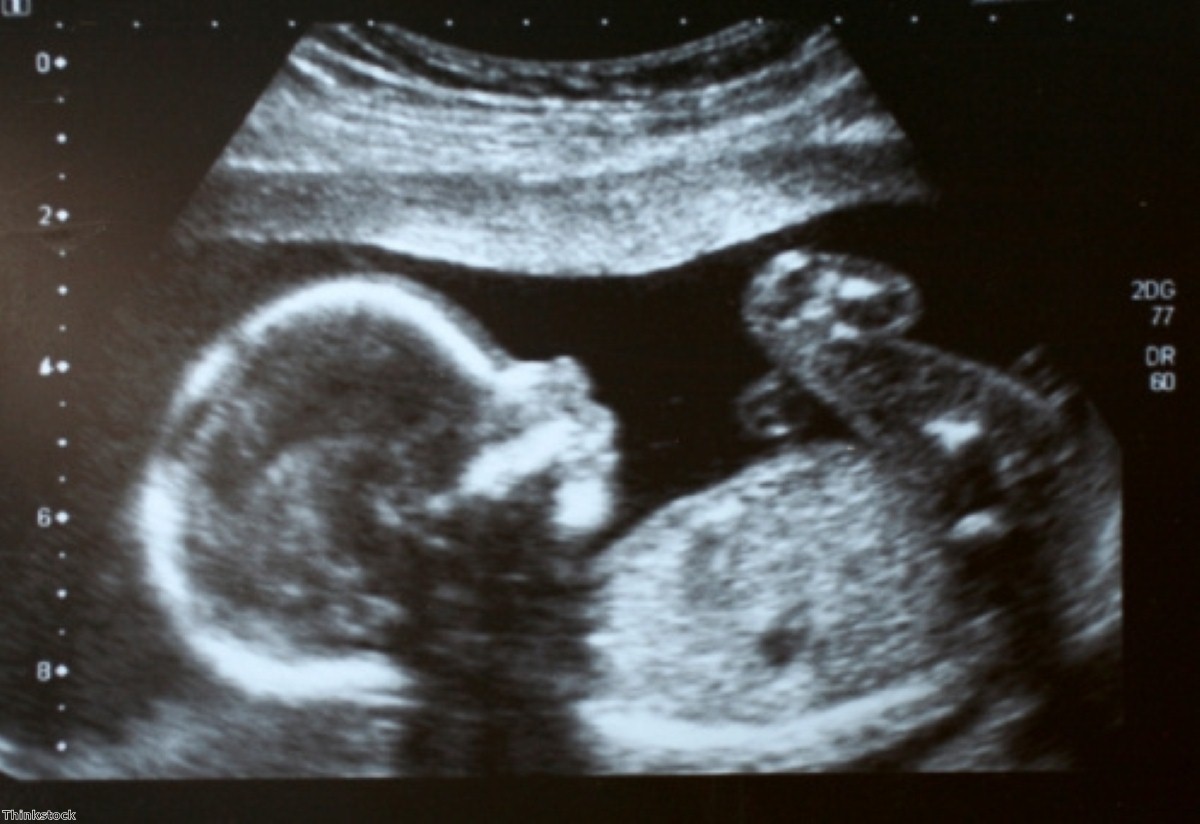 Giving the unborn their say

Protecting the interests of the unborn is important, but representing their views now poses a bit of a headache.

That's the idea behind a radical new report by the Green party's thinktank, Green House, which is worried that there is a chronic failure among the political classes to adopt anything remotely resembling a long-term outlook. On climate change alone, it's argued, the need for politicians to be forced to take the interests of future voters as well as present ones into account is pressing.

Of course, under the present system they are only accountable to their electorates. So report author Rupert Read, a former Green party candidate who lectures in philosophy at the University of East Anglia, has come up with a rather far-out idea. He proposes a super-jury, randomly picked from the public, whose solemn task it would be to make sure those pesky politicians don't forget the needs of those still to come. These 'guardians of future generations' would join the Commons and the Lords to form a third House of Parliament. Critically, they would have the power to veto any legislation proposed by the other two.

Bonkers, eh? Not even Green party leader Caroline Lucas is prepared to support this one outright. But Dr Read insists he's on to something here.

"A people, a society, isn't just a time-slice," he explained to me in an interview for politics.co.uk's latest podcast. "It exists in the past, it goes on into the future. We have to find a way of including future people in the sense that we have of the demos. If they could have a vote, they would massively outvote us."

One thing this report has achieved is raise a fundamental question: at what point in the future do we start to lose interest? Can we be trusted to look after the interests of our children, and our children's children?

I suspect that whether the answer to the latter question is yes or no, there's no need for a super-jury to represent their interests. If we can't be trusted, then it's questionable whether a super-jury picked from our midst would be able to put aside the short-term interests of the alive in favour of the ill-defined needs of the unborn. If we can be trusted, there's no need for the 'guardians' in the first place.

It's the basic effectiveness of a bunch of Brits being plucked from the ether and pitched into a critical role in our nation's public life which triggers the most scepticism.

Read believes that extensive training, forcing them to take an oath to defend the interests of future generations and giving them access to the "best advice", would solve the problem. But there remains the fact the idea is utterly undemocratic, undermining the basic principles of representation on which the sovereign Commons (and, shortly, the Lords) are supposed to be based.

Entirely separately, Conservative backbencher Douglas Carswell spent this morning giving evidence to a Commons committee on his criticisms of the coalition's very limited plans to introduce a mechanism by which MPs could be recalled by fed-up constituents before the next general election. Carswell wants ministers to go much further, as at the moment a recall petition will only be triggered if an MP is jailed or if a Westminster committee of parliamentarians approves it.

What if machinating politicians make vexatious attempts to trigger by-elections, for partisan advantage? Carswell acknowledged that this would happen, but believes voters would see through that. He wants politicians to "trust the good judgement of the people".

That is, ultimately, the principle on which our democracy is based. When it comes to safeguarding the interests of our descendants, any deviation from this basic idea is very hard to accept. Winning the argument, rather than fixing the rules, is always going to be the best way forward.