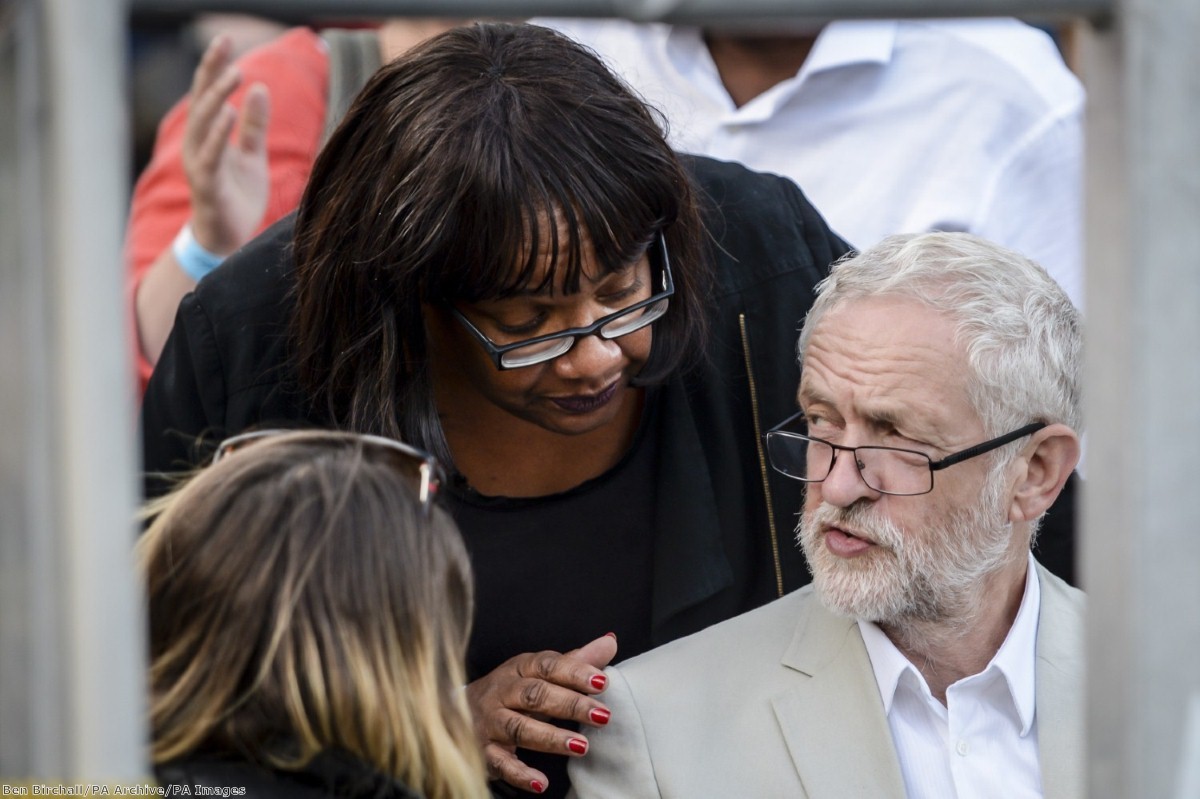 New Labour: Abbott strikes out for a change in immigration policy

This week, in the first of a series of speeches, shadow home secretary Diane Abbott laid out what an immigration policy would look like "in the context of Labour values".

The speech contained a positive re-framing of issues, a reiteration of previously announced policy positions and the announcement of some new ones, and highlighted issues where change is still needed.

The most important aspect of the speech was the attempt to introduce a values based approach to human rights and to detoxify and be upfront about the way the debate is had in this country.

Abbott claimed that Labour values under Jeremy Corbyn are the "exact opposite" of the Conservative party in each policy area, and no more so than in field of immigration. She stated that Labour would not begin from the starting point of "how to reduce immigration" with no concern to the consequences, highlighting the "inbuilt unfairness" and cruder aspects of Tory immigration policy (such as Go Home vans).

Taking on two common anti-migrant tropes – 'stress on public service' and 'decreased wages' – Abbott identified that the real cause of these problems lay elsewhere: implementing austerity when investment was needed, and a "weakened trade union movement, and predatory employers" as the cause of decreased wages. She situated the current moment in the post-2008 economic crash which "led to the scapegoating of the other" and the current Trump/Brexit moment where "immigration has taken on an unprecedented salience".

Crucially, she highlighted the upcoming 40 year anniversary of Enoch Powell's "rivers of blood speech" anti-migrant speech saying: "in some political quarters, immigration is a euphemism for race. And you can't have a serious debate around immigration unless you are prepared to face up to that".

While stating that the speech would not contain a great deal of new policy, it did nonetheless reiterate several policies that were either been in the 2017 Labour Manifesto or have been highlighted by Abbott in previous statements.

On the issue of immigration detention she reiterated her party's pledge to end the practice of indefinite immigration detention. The UK is the only country in Europe to operate detention without a time limit, and this has severe mental and physical health effect on people. She also highlighted the "lack of due process". Despite the severe deprivation of liberty, no judge is involved in sending people to detention (a Home Office official alone can decide). She pledged to completely review the immigration detention system, and especially the role of multinational firms like G4S.

Abbott also pledged to end the Tory's "hostile environment" and highlighted the negative impact it is having on individuals and committees. Theresa May's determination to make life as difficult as possible for undocumented migrants has seen borders enter schools, hospitals, banks, and almost every area of public life. It is eroding data protection, having people detained for sleeping rough, and meaning that victims of crimes are being arrested.

The ongoing scandal of visa fees was also highlighted in the speech – the cost of which puts them out of reach of many. Similarly, she also promised to end the practice taken by Home Office of "turning down applicants over minor details, forcing them to pay a second time when reapplying."

Abbott's speech also criticised charter flights – whereby people are deported en masse to countries such as Nigeria, Ghana, or Jamaica. This announcement is timely, as next month 15 activists will go on trial for their role in grounding a deportation charter flight last year. Charged with terrorism offences, they face lengthy sentences if convicted. A growing campaign is calling for the charges to be dropped.

The shadow home secretary also pledged to properly centre the right to family life in Labour's immigration policy, saying her party "don’t want to break up families from the EU in the way we currently do for non-EU families." While the detail here is thin, Labour pledged in their 2017 manifesto to end the 'minimum income thresholds' that are keeping families apart.

The major policy announcement was to end the practice of deporting child refugees once they turn 18, and allowing the parents of children with the right to stay to join them. This would be a massive victory for those who have been campaigning against the practice.

In both reframing the argument around immigration enforcement and the various policy pledges, the speech was welcomed by those campaigning for migration justice in the UK. Abbott did not deny the role Labour, either as governing party or in opposition, played in creating the toxic environment in which migrants and us all find ourselves.

Yet, she still went out of her way to show that Labour has never had an 'open door' approach- showing the many repressive immigration acts passed by her party as evidence – and praising her party's pledge to introduce 1000 more border guards than the Tories to stop "illegal migrants".

While on the one hand saying that strain on services was due to austerity, she nonetheless pledged to bring back the Migration Impact Fund "in specific areas where public services and housing are under strain". The problem with the framing of these measures is that, as some pointed out on Twitter, they "categorise migration as akin to a natural disaster".

This shows that we are some way off a meaningful shift away from the prevailing narrative which frames migration as an existential threat, justifying anything in order to control it.

Luke Butterly is a communications officer at Right to Remain.