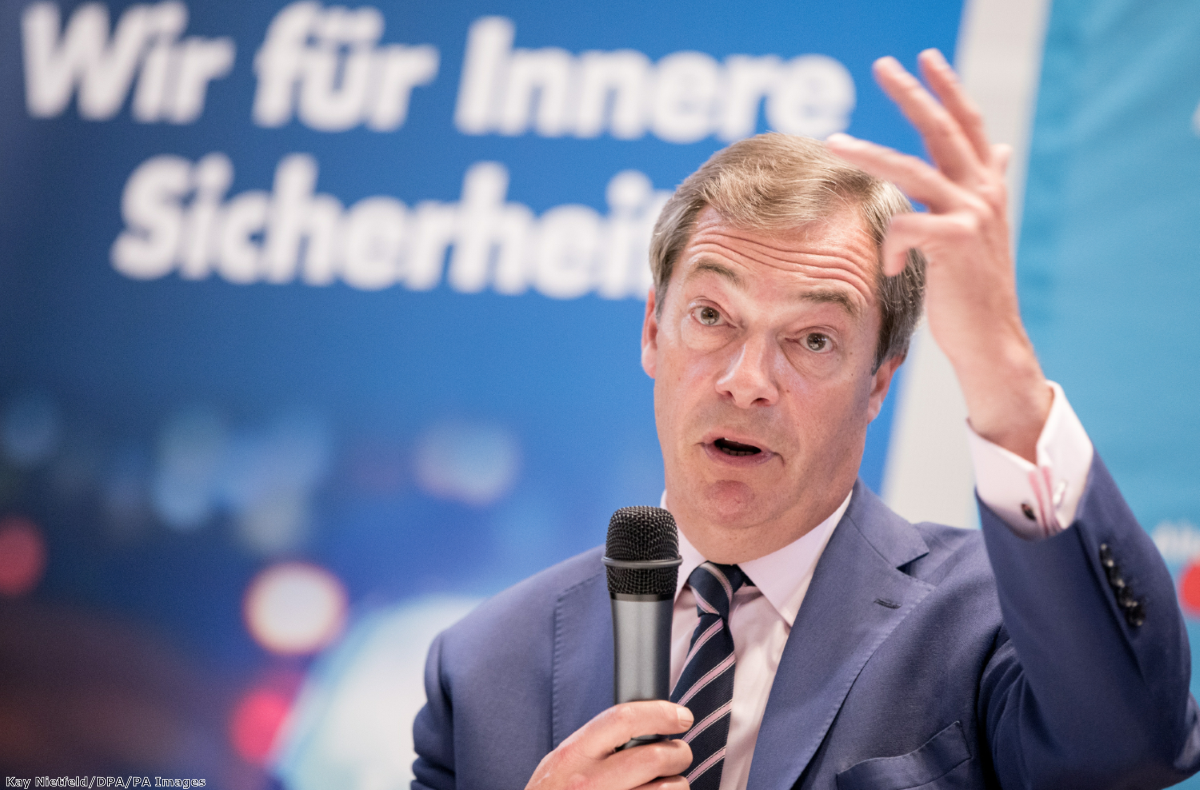 Hard Brexiteers will never be happy

In case you had taken your eye off the ball, Brexit no longer means Brexit. It now means everything from not settling our accounts to escaping regulatory alignment. Its exact definition, at least if you're following the commentary of the hard Leavers, appears now to be 'a complete separation from anything vaguely European'. Consistent though this may sound, it isn't exactly reflective of reality, given how intricately interwoven British policy and politics is with the rest of the continent.

The danger the hardliners are presenting to themselves is that by their own, increasingly fluid and ever-moving parameters, they will never be happy. Whatever the outcome, they look absolutely certain to decry 'capitulation' or what they regard as the British people being betrayed in some fashion. Not only do they believe that the referendum mandate is malleable and suited wholly to their interests, they also think their interpretation of it must be prioritised ahead of constitutional disfigurement and economic collapse. For them, no cost is too great.

What is most interesting is how quickly and forcefully even many of the ultras have soured on the Single Market. Prior to last year's referendum, even the most ardent of hard Leavers had displayed support for the more pragmatic Norwegian option. Arron Banks marked it out as such. Not to mention Nigel Farage's Question Time "wouldn't it be terrible if we were Norway?" comment. Since then we have seen a notable shift in what is regarded as an acceptable Brexit. But, as ever, the facts have not changed. Only the people have changed.

I suspect it is in part down to their ensuing weaponisation of free movement and in part reflective of their anti-Brussels ideological fervour.  As negotiations have progressed, the ultras – others include John Redwood, Peter Lilley and Patrick Minford – have only further drifted from pragmatism to extremes, apparently growing ever more frustrated at what they consider to be weak leadership and incessant concession-giving. Gisela Stuart's claim, for instance, that maintaining regulatory alignment does not mean Brexit is a perfect example of how desperate these people have become.

In their doggedness, many of the hardliners have resorted to persistent claims that they know exactly what all 17.4 million people voted for. Frustration has done this to them. Without repeatedly claiming to be in touch with their army of voters, they have nothing with which to argue. They can't argue Brussels out of protecting the integrity of the Single Market, so they begin at home. Attempting to shepherd the thoughts and voting intentions of 17 million of us is the only thing they've left to do in order to save face. It is here where the deception starts.

One of the most infuriating facets of the Brexit debate is the notion that Leavers are one homogeneous group. That, according to some, all 17.4 million people voted for the same destination, the same terms of withdrawal and the same level of post-Brexit cooperation with Europe. Of course, this argument doesn't stand up to the heat of a moment's scrutiny, but still we see the Westmonster and Leave.EU types pretend there is a widespread policy consensus amongst Leavers. This is self-evidently spurious.

One thing I notice is that this insistence grows stronger the more difficult the Article 50 talks appear to be. It is as if delusions of grandeur are hardened by the now glaring reality that Brussels is in a much stronger position than Westminster and remains in possession of almost every negotiating card. What they view as this government rolling over is in actual fact a realisation that this is not a standard negotiation.

On the face of things, we see three types of Leaver: those of us who support remaining in the Single Market and rejoining EFTA, the anti-Single Market folk who think we can conclude a satisfactory Free Trade Agreement and walk-away and trade solely on WTO rules types. Broadly the divide is soft and hard, with different dimensions of hard. It is merely a desire to leave the European Union which unites us all.

Pro-EEA Leavers like me are largely a friendless community. Remainers often think we are steering Britain towards a position in which it remains within European structures but is rendered voiceless, with no say in the rules which govern them. By Leavers, we are accused of being europhiles in eurosceptic clothing and of not being true Brexiteers. This, of course, stems from a stoic hatred of the Single Market, and usually of free movement too.

No one Leaver represents us all. Opinion diverges as in any political party or community. The best we can hope for is mutual respect on the grounds that we all support the referendum result. Top-dogging over who is more Brexity than whom is completely futile, especially since the Northern Irish border is now guiding Brexit policy and therefore it seems we are headed for a stay at least in the Single Market. A soft approach to Brexit is now inevitable. The Irish border issue cannot be solved from the outside and unilateral non-policing will not be reciprocated.

When we stare at our ballot papers, we have at best a vague idea of what is to come. The idea that those who ticked the Leave box were thinking of diverging on EU meat hygiene standards is more than a little dubious. It is also the case that nobody foresaw in their minds an itemised withdrawal bill amounting to £40bn. We simply make the choices we think are right and deal with events as they come. This is precisely why pontificating over who voted for what and attempting to re-write history is so unhelpful. Brexit means leaving the European Union. Ultimately we should be glad that both sides are getting on with it.

Oliver Norgrove is a blogger and political commentator who worked for the Vote Leave campaign. He is campaigning for the UK's return to EFTA. He also studies a political Masters degree in Elections, Campaigns and Democracy